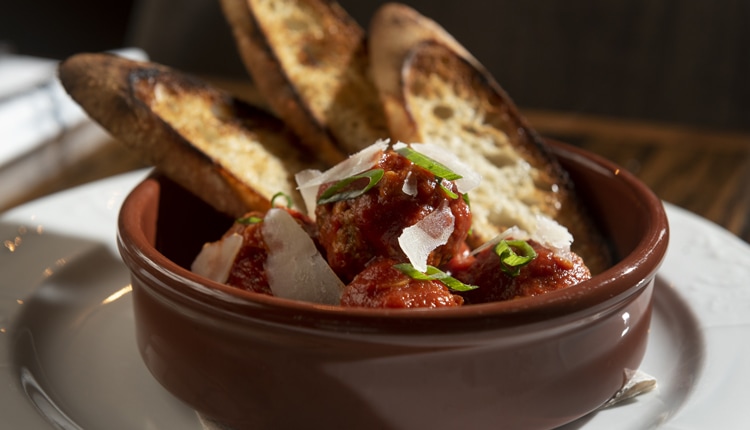 When you go out to a restaurant, there’s an assortment of delicious dishes to try. But what do the chefs consider their personal favorite creations? Chefs Jeff Guinn with The Broadway hotel and Ben Parks with the Barred Owl Butcher & Table share their beloved dishes and the secrets to the success of the dish.

Guinn’s favored dish is osso buco with creamy gorgonzola polenta-potato gnocchi and roasted vegetables. This is his spin on the classic Italian dish and is loosely derived from his mother’s pot roast with corn, potatoes, gravy and roasted vegetables. “It’s reminiscence of the ultimate in comfort food and Sunday family dinners. It brings the full spectrum of flavors and textures all working harmoniously together in each bite,” Guinn says.

The secret to this dish is the veal shank — it’s important to get a good sear and color and then braise it slow and low with proper vegetables. “We don’t rush it, tender takes time,” Guinn says. “And don’t overmix gnocchi! Keep it light and fluffy.”

A version of Guinn’s dish can be found in the 11Eleven menu.

Chef Park’s favorite dish is the albondigas, which he describes as meatballs with a Spanish flavor to them.

“I’ve always been a sucker for meatballs and red sauce and I think ours at the Barred Owl are as good as any I’ve had,” he says.

What’s the secret to making the dish special? “The quality of the meat is the foundation of the dish but our sauce is what takes it over the top,” Parks says. “We start it with our sobrasada, which is a spreadable salami with tons of Spanish smoked paprika.” The dish is served with crostades of the restaurant’s baguette. Parks believes their bread is high on the list as one of the best items they serve at the Barred Owl as well.

While the restaurant’s menu changes constantly, the albondigas can typically be found on the lunch menu.