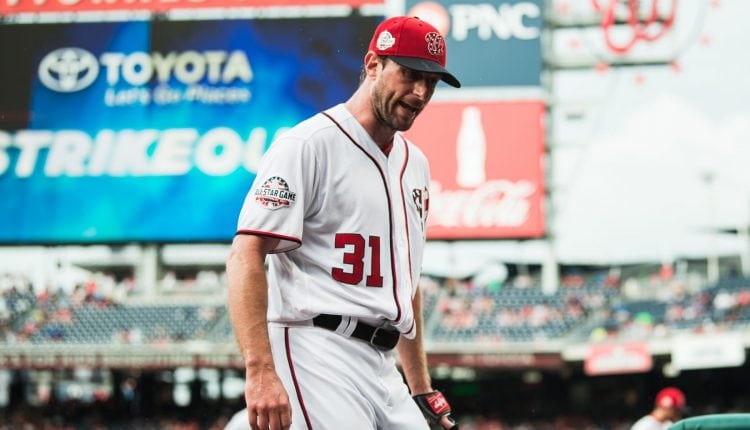 If greatness is born and not made, don’t tell Max Scherzer. The most decorated professional baseball player Mizzou has ever produced won’t believe you.

“This is the place where I realized that work ethic is more important than talent,” the Chesterfield native and current Washington Nationals ace said after his No. 31 was retired at Missouri baseball’s First Pitch Banquet in January. His banner was formally installed at Taylor Stadium before the game on April 27.

Scherzer was a talented but raw prospect in 2004 when he started in Columbia. Tigers head coach Tim Jamieson shut Scherzer’s freshman year down after he posted a lofty 5.85 earned run average (ERA) in just 20 innings of work.

The next year, Scherzer’s 1.86 ERA led the Big 12 Conference. Something clicked.

“I came here, and I had an attitude adjustment,” Scherzer said. “My attitude completely changed from a competitive standpoint … that we do everything we can, on and off the field, and compete as hard as we can.”

Competitive drive is the hallmark of the man Jamieson called “absolutely the best college baseball pitcher I have ever seen” on that January night. It helped Scherzer set a school record for strikeouts in a season (it’s been tied but still stands), lead the Big 12 in earned run average twice and earn All-American honors.

It isn’t limited to his work on the mound, either. Jamieson tells the story of a 2013 All-Star Game baseball he asked Max to sign. It returned with a John Hancock and a message: “And I turn the ball around. [It says] ‘2013 batting average .333… and I should have hit sixth for you,’” Jamieson said.

One of 10 men ever to win three or more Cy Young Awards as the best pitcher of his league? Scherzer did it in 2017. The third player ever to strike out a record 20 hitters in a single game? May 11, 2016 … check. In this decade, no pitcher has fanned more batters than the 2,449 Scherzer has sat down entering the 2019 campaign, his 12th in Major League Baseball.

Scherzer chalks it all up to the hard work and habits harnessed at Missouri. “Thirty-one signified that to me. So, when I had a chance to get to Washington, I wanted to wear that again. And when you see me pitch, that’s what it means. It means I’m going to go out there. You’re going to get the best from myself … and it starts from Mizzou.”

Or, put into words his former coach is used to hearing: “I really, still to this day, believe I could hit sixth for you.”

Benefits of Mindfulness/Meditation to Reduce Insomnia