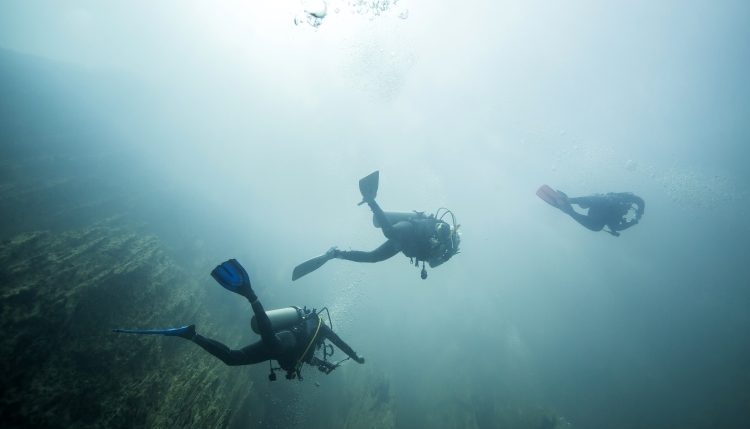 Something unusual happens at Table Rock Lake and Indian Point Marina in January: People show up in their swimsuits, eager to get in the lake’s frigid waters.

Of course, they first put on wetsuits and don oxygen tanks and other scuba gear, but indeed, Table Rock Lake is a popular destination in the Midwest for scuba divers.

The folks at Indian Point Marina at Table Rock say that January and February are usually their busiest months, with people taking a quick refresher course before heading to the warm waters of the Caribbean.

For obvious reasons, scuba diving in Missouri is more enjoyable in warm weather. If you’re a beginning diver wanting to test your fins in a familiar setting or can’t get to more exotic destinations, a quick two-day getaway to Branson and Table Rock Lake in warmer months should satisfy your needs.

Early summer is good for diving at Table Rock. The limited amount of boat traffic on the lake has kept the water still, which allows for visibility at about 30 feet. The lake is 200 feet deep in some places and averages about 85 degrees in the summer. However, if you go down below the thermocline, about 30 feet, the temperature stays at about 58 degrees and you’ll need a wetsuit. 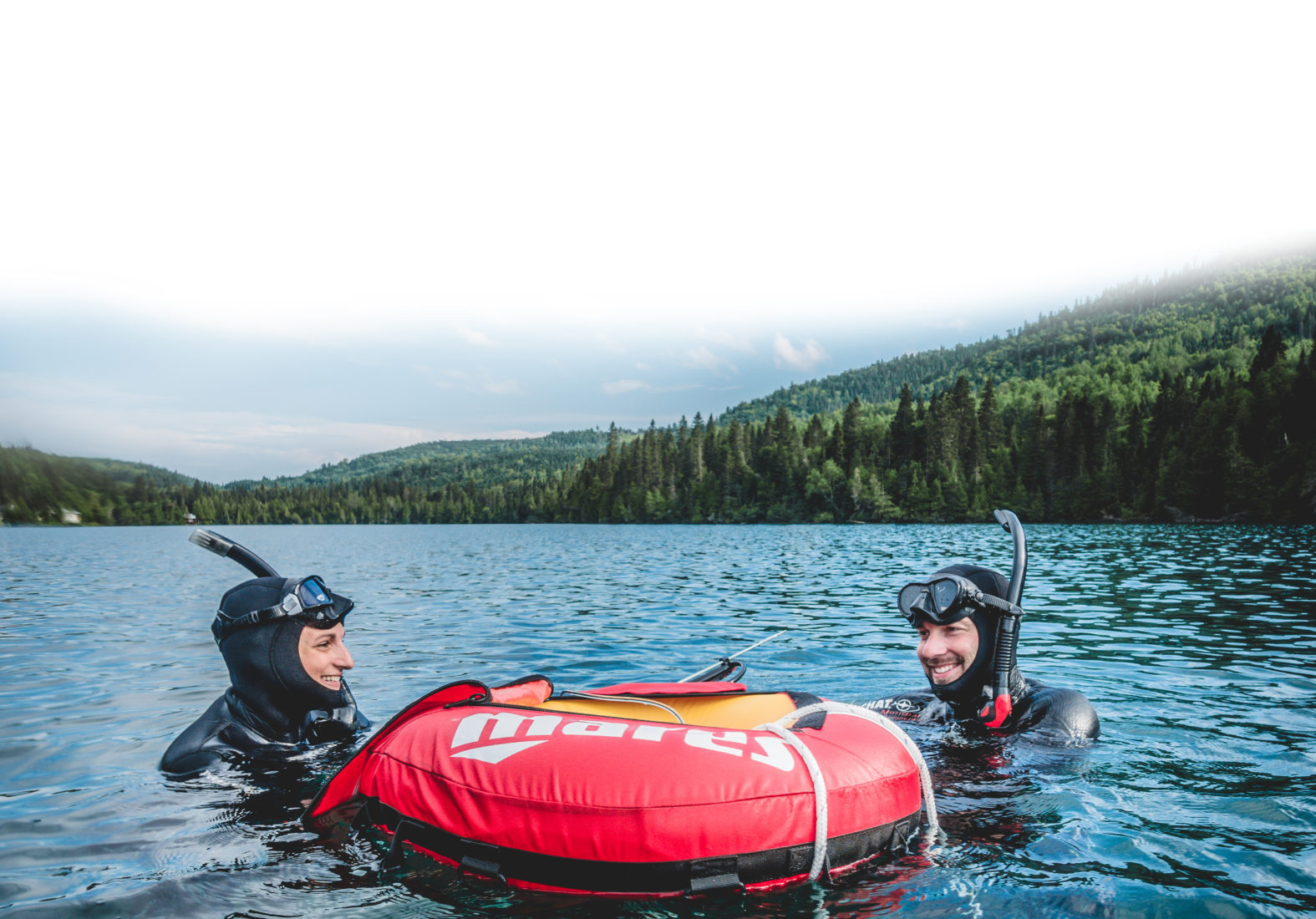 Table Rock’s most popular underwater destination is the Enchanted Forest, about a mile and a half north of the dam. Before the lake was created, this area was covered in massive oak trees that have not decayed after 60-plus years underwater. Dive about 80 feet down, and you can glide between these moss-covered trees gently waving with the motion of the lake.

About 100 yards from Indian Point Marina, a sunken pleasure boat is now home to playful catfish, bluegill and fish that are so curious about your presence that they will actually bump their noses into your facemask. Exploring around the old boat and around the docks is a lot of fun, just finding abandoned anchors, lost tools and some things you can’t quite identify or even fathom how they got in the lake.

For the clearest water, plan your dive midweek and early in the morning before boat motors and jet skis have churned things up and scared away the fish.

Otherwise, enjoy Table Rock from above with a cruise on the Showboat Branson Belle. It’s an authentic sternwheeler, powered by two big paddlewheels in the back except for when docking. 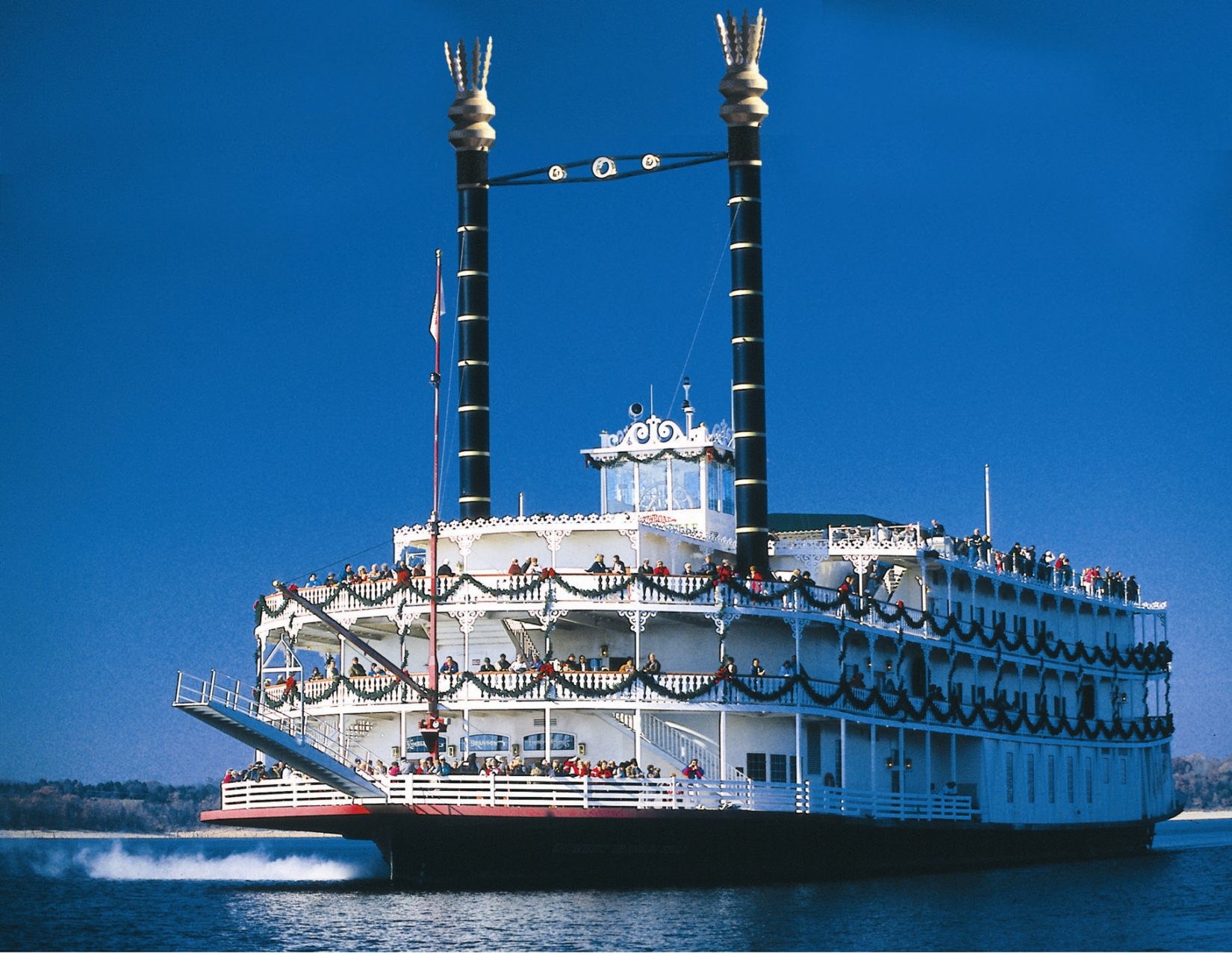 Although the Branson Belle is nearing 25 years old, each season brings something new and different. A new seating arrangement this season includes 10 round tables of four at the base of the stage, thus allowing for more interaction with your dinner guests and the nearby performers. This is called the “Lieutenant’s Club,” which, like the “Captain’s Club” in the upper gallery, includes a wider variety of entrée options.

The Branson Belle cruises three times a day in the summer months. Be sure to check the website for specialty cruises, such as the one for pirates and princesses, offered now and then in the summer.

Give your weekend getaway a little tropical flavor at White Water, the 50-acre, 2 million-gallon water park near Table Rock Lake. Almost an escape to Hawaii, White Water includes the Aloha River, a relaxing float through geysers, fountains and misters. Coconut Cove is designed especially for little ones.

For the wild and crazy people in your life, the KaPau Plummet, with its 70-degree plunge and two-story free fall, is the thrill they’ll be talking about this weekend for a long time to come. Plan ahead to reserve one of the 28 cabanas at White Water. They are worth the money and sell out fast on a hot summer day.

If it’s been a while since your last visit to the Springfield/Branson area, you might be surprised by the number of wineries, distilleries and craft breweries that have opened in the past few years. St. James Winery has a restaurant and tasting room in Branson. It is one of 15 locations on the newly developed Ozarks Tap and Pour Craft Beverage Tour. Get a map and check out other events online or at the Route 66 Tourist Information Center at 815 E. St. Louis St. in Springfield.

5 Places to Get Your Feet Wet