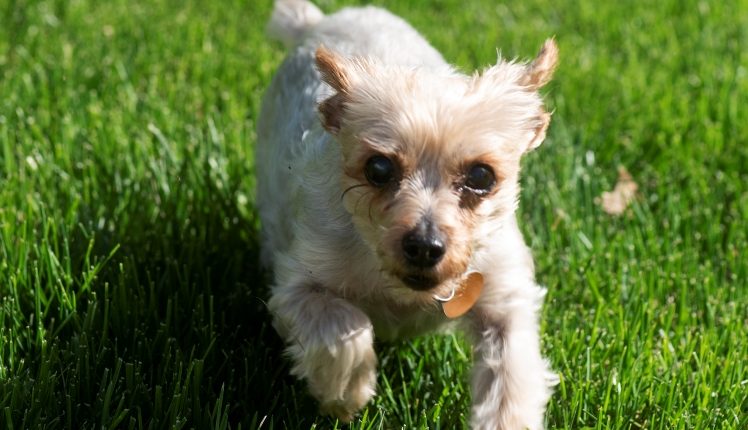 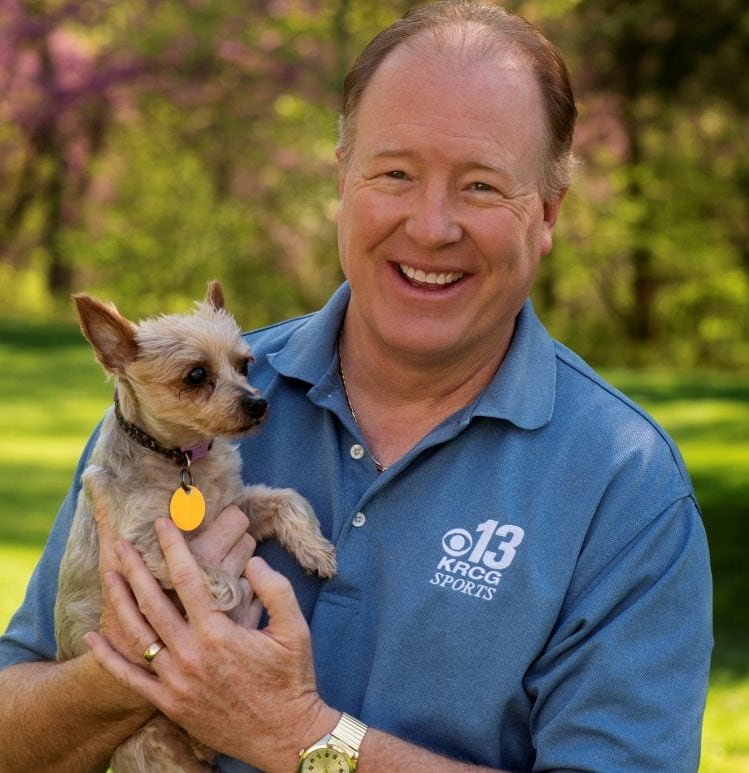 Rod Smith has been covering sports in mid-Missouri for three decades. It’s no wonder that his Yorkie, Rylee, is athletic. “She has a talent for playing with balloons,” Smith says. “And she used to be a very good jumper.”

Rylee is nearly 14 years old and isn’t as athletic as she once was. “She joined our family when our three daughters were young … now they are all in or through college,” Smith says. He loves her big personality. While she loves other humans, she’s not a big fan of other dogs.

“Rylee is always happy to see me when I come home from work each night. While everyone is asleep, Rylee is happy to get up and play,” he says.

As the sports director for KRCG-TV, Smith has been covering plays at his job for 33 years. Recently he was inducted into the Missouri Sports Hall of Fame.