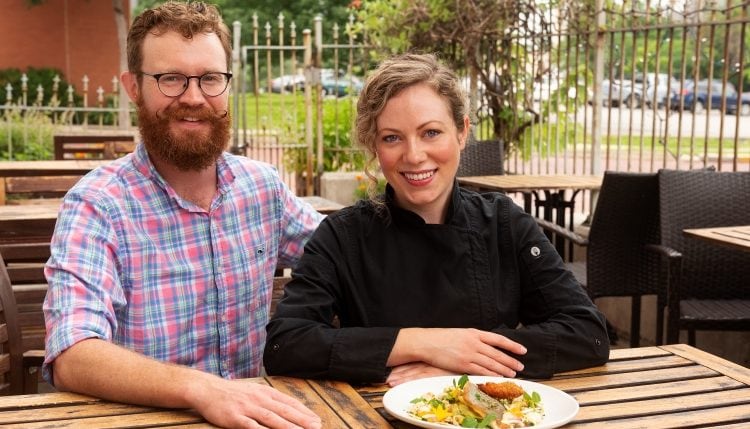 Dan Bauer and Ali Ratcliffe Bauer aren’t new to Columbia — or even new to The Wine Cellar & Bistro, which they purchased earlier this year. The husband-and-wife pair first met each other more than 10 years ago at the bistro, soon to be renamed the Cherry Street Cellar.

“I was just looking for a job, and I found out that the Wine Cellar was looking for servers,” Dan says while reflecting on meeting Ali for the first time. It was at the front of the house that Dan would find a career as a sommelier — and it was in the kitchen that Ali would refine her passion for cooking.

“I have always been in the kitchen,” Ali says. She grew up reading any and every cookbook or food magazine she could find. “When I was a teenager, my mom would let me plan our family’s weekly menu, and I would cook dinner most nights, trying out new recipes.” Ali would even cook for her parents’ dinner parties.

She came to the Wine Cellar after completing her education at Johnson & Wales University’s College of Culinary Arts in Denver, a school she attended partly because “I think I just wanted to live in Denver,” she jokes.

The couple’s shared sense of adventure would lead them from the Wine Cellar & Bistro to Chicago, a place that offered them a vast and exciting food scene but was still close to their families. 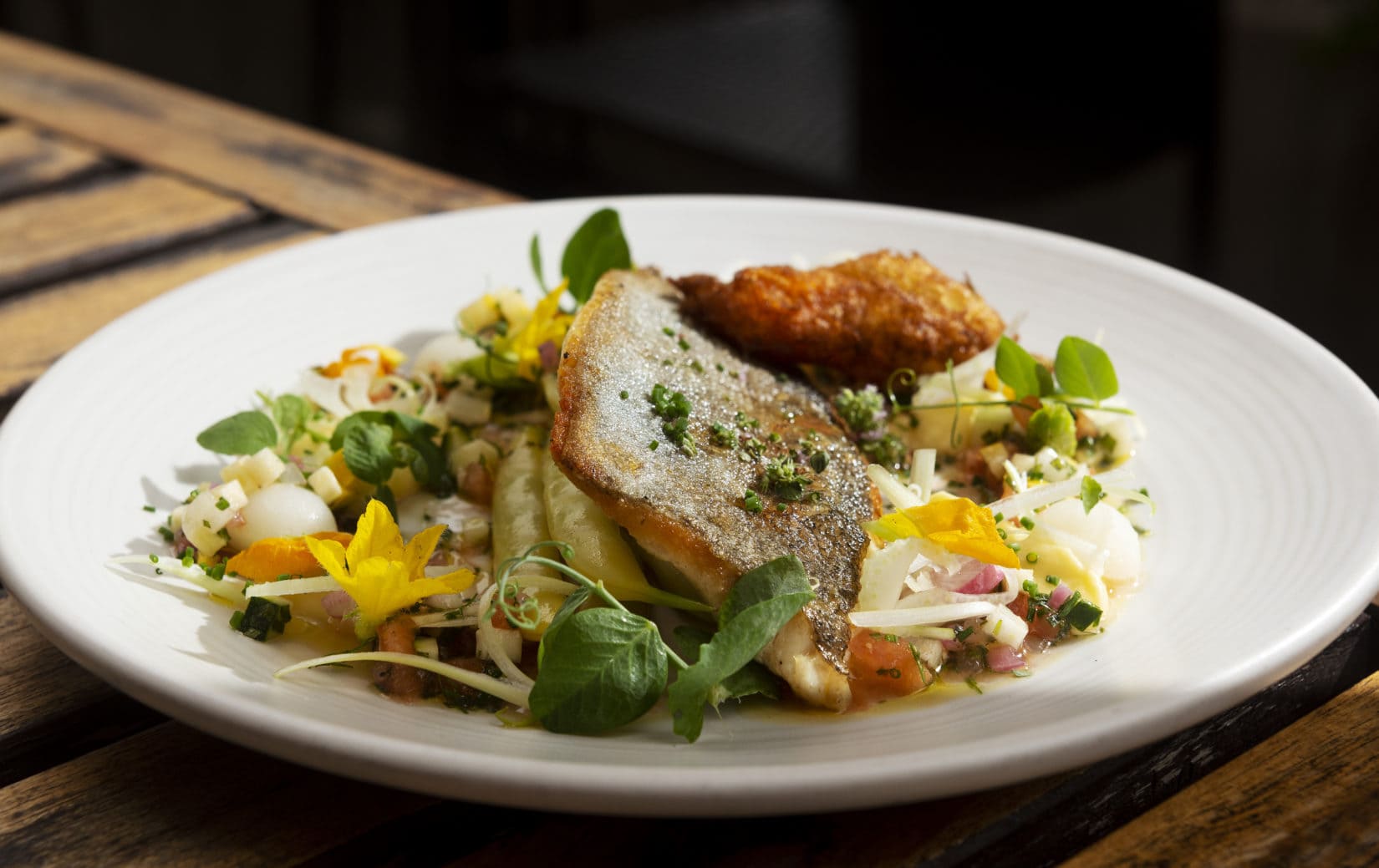 While there, Dan would continue to hone his skills at places such as the French restaurant Tru — and Ali would find herself at the side of a culinary master: Carrie Nahabedian. Nahabedian’s experience includes working at the Ritz Carlton Hotel in Chicago, the Four Seasons Hotels chain, opening her own Michelin Star-rated restaurant and winning the James Beard Foundation Award.

Among the many lessons that Ali learned from her time in Chicago is that vegetarians want more options at restaurants. At Brindille, a French-inspired restaurant where she and Nahabedian were both chefs, they embraced meatless entrees and deviated from the typical risotto and pasta vegetarian offerings.

But Ali learned more than cooking from Nahabedian. “Dan and I have both learned that an exceptional restaurant is more than great food and great service,” Ali says, explaining how important it is to pay attention to every detail — even those that most customers won’t remember later. They want to take the attention to detail you would find in fine dining restaurants and infuse it into the more relaxed atmosphere of a restaurant where you don’t feel the need to wear a suit or a nice dress. This enables customers to have the best of both worlds. “We want our guests to feel at ease, to feel taken care of and to have a memorable, fun experience,” Ali says.

While excited to bring her experiences from Chicago to the Cherry Street Cellar, Ali believes that a lot of the atmosphere will come from lessons she learned closer to home. “My mom and grandma are incredible cooks and hosts, so that element of hospitality has always been demonstrated in my family,” she says.

The new menu will feel familiar to customers but will also offer some new options. New items include more seafood offerings, composed entrees (in which the entrée and the sides all act as one dish) and composed desserts (in which all components are prepared at the last minute). The new owners are aware of how much customers enjoyed the oysters that were periodically offered at the Wine Cellar and said they would like to add them as a more frequent option.

While their decision to come back to their Missouri roots was ultimately driven by their desire for their children to be closer to family, Columbia’s growing food scene certainly added to their motivation. “We’ve always had a love for Columbia, and to return when Columbia’s food scene is really burgeoning is the cherry on top,” Ali says.