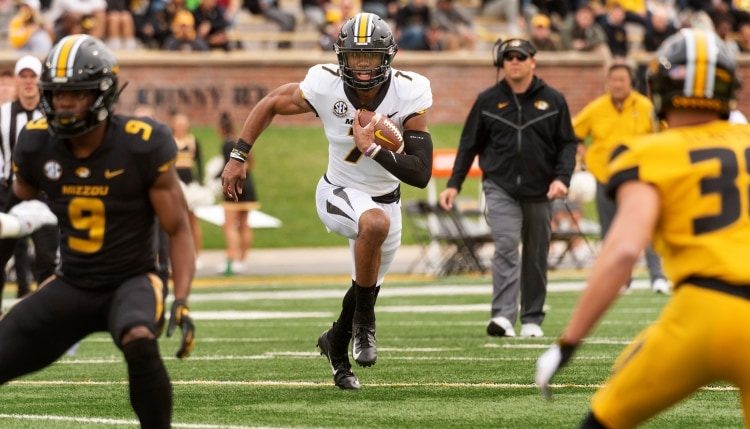 Bryant committed to University of Missouri on Dec. 5 and this fall will be his first season playing for the Tigers — the Missouri Tigers that is. Bryant is credited with helping to lead Dabo Swinney’s Tigers to the national championship game in January 2018, only to see his spot on the field claimed by freshman Trevor Lawrence nine months later. From that point on, Bryant sat out the rest of the 2018 campaign and started to look for a new place to play — and took some heat from the press for doing so. After Bryant committed to Missouri, Lawrence went on to help Clemson win a national title weeks later.

“I had a great experience [at Clemson], wouldn’t trade my time there for anything,” Bryant says. “I learned that hard work and patience are really important and all of my experiences with football and outside of football make me who I am.”

Not that Kelly Bryant didn’t already have some lessons in perseverance. In February 2014, he was a talented junior athlete at Wren High School in Piedmont, South Carolina. He didn’t play in the first half of a basketball game, so his football coach went to check on him at halftime — and found him vomiting blood, the result of an intestinal blockage doctors in Atlanta had to remove with emergency surgery.

Bryant lost a lot of weight in the hospital, and his football future was in question. When he got out, he talked his parents into letting him throw at spring practice while still wearing a colostomy bag (it was removed before the fall) and committed to Clemson. He used that summer to catch up on schoolwork and be the best quarterback he could after his medical scare.

Bryant passed for 41 touchdowns and ran for 14 more in his high school senior season at Wren, and was a finalist for South Carolina’s Mr. Football award.

That’s an experience that can put a lot into perspective, though Bryant has been frank at times about his disappointment in losing the starting job at Clemson. He called it “kind of a slap in the face” in an interview with the Greenville News in September. But, he has chosen to take the high road at Mizzou and shy away from headlines since his transfer. By all accounts, he has ingratiated himself with his new teammates, and MU head coach Barry Odom hasn’t been shy to praise Bryant since he showed up on campus.

“From day one, I’ve been so impressed with how he’s carried himself,” Odom says. “All good teams have to have a leader at the quarterback position, but Kelly came into a place where he didn’t know anyone, and he found the right balance of leading and following.  He’s got a natural leadership ability about him, and his enthusiasm rubs off on his teammates — people want to follow him. All he has to do is just be himself and we’re confident we’ll be in good shape.”

“He brings a lot to the table and I’m excited to see it all.”

The outside world has seen glimpses of Bryant’s personality off the field. An Instagram video of him leading the Mizzou locker room in an impromptu dance session went viral in February. By all accounts, the newcomer is now just one of the guys, though he didn’t assume he’d fit right in.

“It could have been a tough situation to come into, but I felt really welcomed and accepted from the start,” Bryant says. “I credit Coach Odom and the coaching staff for having that kind of environment. I also knew that I couldn’t come in and just command respect, I had to come in and earn it, and that’s what I tried to do every day, one day at a time.”

Even in an era filled with transferring players and win-now mentalities, nothing about the college football marriage between Bryant and Mizzou has been usual. The union could have ended in divorce after the NCAA announced sanctions against Missouri’s football program on Jan. 31, which included a postseason ban for 2019. 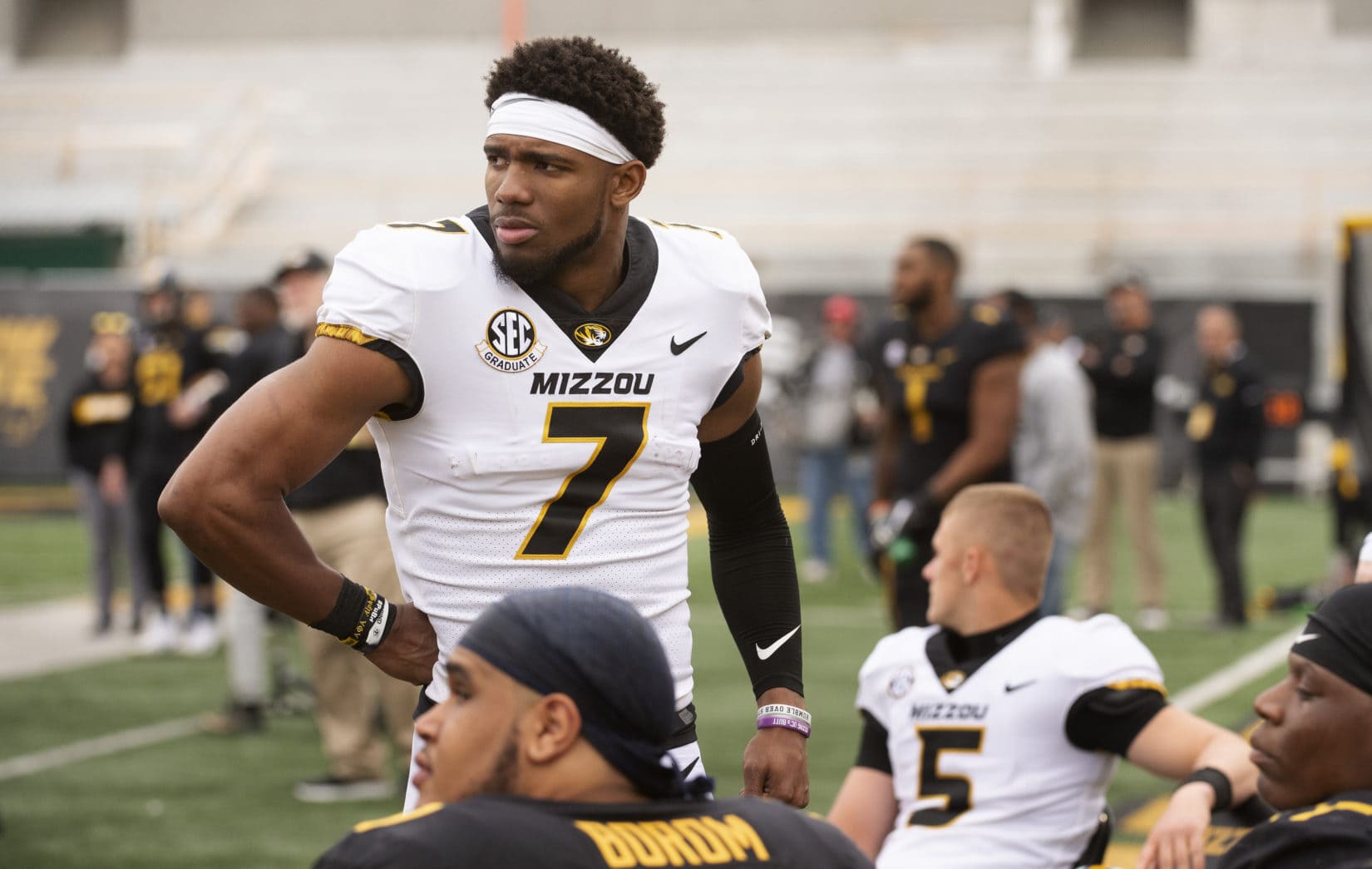 With the chance to win championships in limbo, Kelly and his fellow seniors had a choice: stick with MU despite the uncertainty of an appeal’s success, or transfer elsewhere for a guaranteed shot at playing past November. None of them left, partly because of the makeup of a team that won eight games in 2018. The Tigers return proven talent in every position group, and an offense that was one of the best in the SEC a year ago now slots Bryant’s championship-level experience at the controls.

“I know there’s a lot of outside hype and that’s cool and all, but it really doesn’t drive me personally. I appreciate the interest and everything, but I can’t let that get in the way of the most important thing, and that’s taking care of my business every day on and off the field and being the kind of leader I have to be for this team.”

What that leadership looks like is anyone’s guess right now. A 10-win season at Missouri for the first time since 2014? Winning despite NCAA penalties? A high pick for Bryant at the NFL Draft in 2020? It’s all in play, and when you ask Odom what excites him most about Bryant’s year ahead, he doesn’t pick just one thing.

“He brings a lot to the table and I’m excited to see it all.”

Kelly Bryant is ready to roar — with his new Tigers.