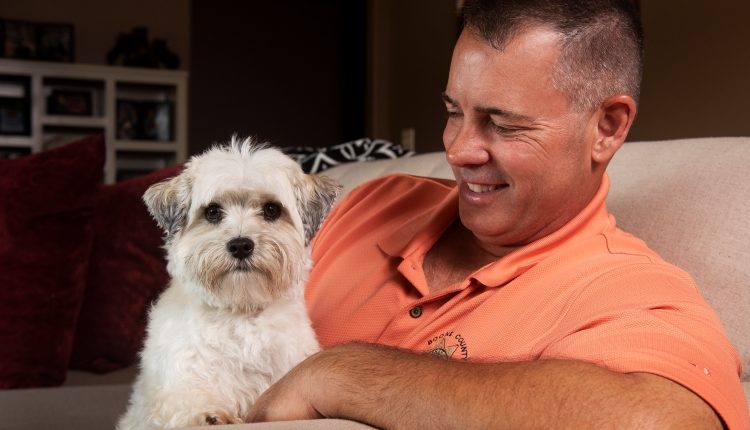 Sheriff's Dog Has a Burly Bark and Bold Personality

“He thinks he is ferocious, even though he is only 10 pounds,” Carey explains. “This makes him a fabulous residential alarm and a great walking companion for my wife. He fears no person or animal and will convince them of that with his bark.”

Carey’s daughter found Buster online as the family was looking for a gift for his wife Leslie’s birthday. Buster is a Morkie, and has a delightful small size and brash personality. “There was a photo of him sitting in a tea cup with his dark unibrow and a goatee,” Carey says. “He just had an ornery, but adorable look to him. Our family fell in love with him immediately.”

Carey has been elected as the sheriff of Boone County since 2004, and has worked in the department for almost 30 years. He has lived in Boone County his entire life and he and his wife have three children, Tanner, Tyler and Katie – and Buster, of course. The family companion has a lot of spice tempered with nice.

“He has the cute thing going on for sure, but I love that he has a bit of a burly look to him,” Carey says.