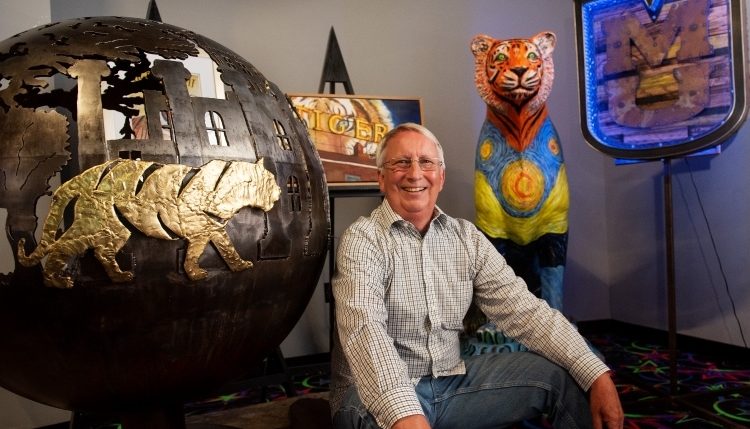 Chuck Crews: The Man Behind Tigers on the Prowl

There’s no shortage of tigers around Columbia — particularly on a football Saturday — but perhaps none are as unique as the tiger statues created through the collaborative efforts of Tigers on the Prowl, a local 501C3 charity, and the Columbia art community. Chuck Crews is the founder and the man behind Tigers on the Prowl.

Crews moved to Columbia more than 30 years ago and was interested in organizational fundraising and charity work. While on vacation a number of years ago, Crews traveled to Eagle River, Wisconsin. It was there that he came across a number of decorated eagle statues situated throughout town, all to be auctioned for local charities. He saw the perfect opportunity to give back to the Columbia community he so deeply cares about.

Crews’ initial attempt, approximately 10 years ago, didn’t go as he hoped as the project, unfortunately, had “no traction.” Undeterred, however, Crews continued to work to get the project off the ground. The venture took a positive turn in 2013 when he found someone who could (and perhaps more importantly, would) make tigers for the event Crews envisioned. 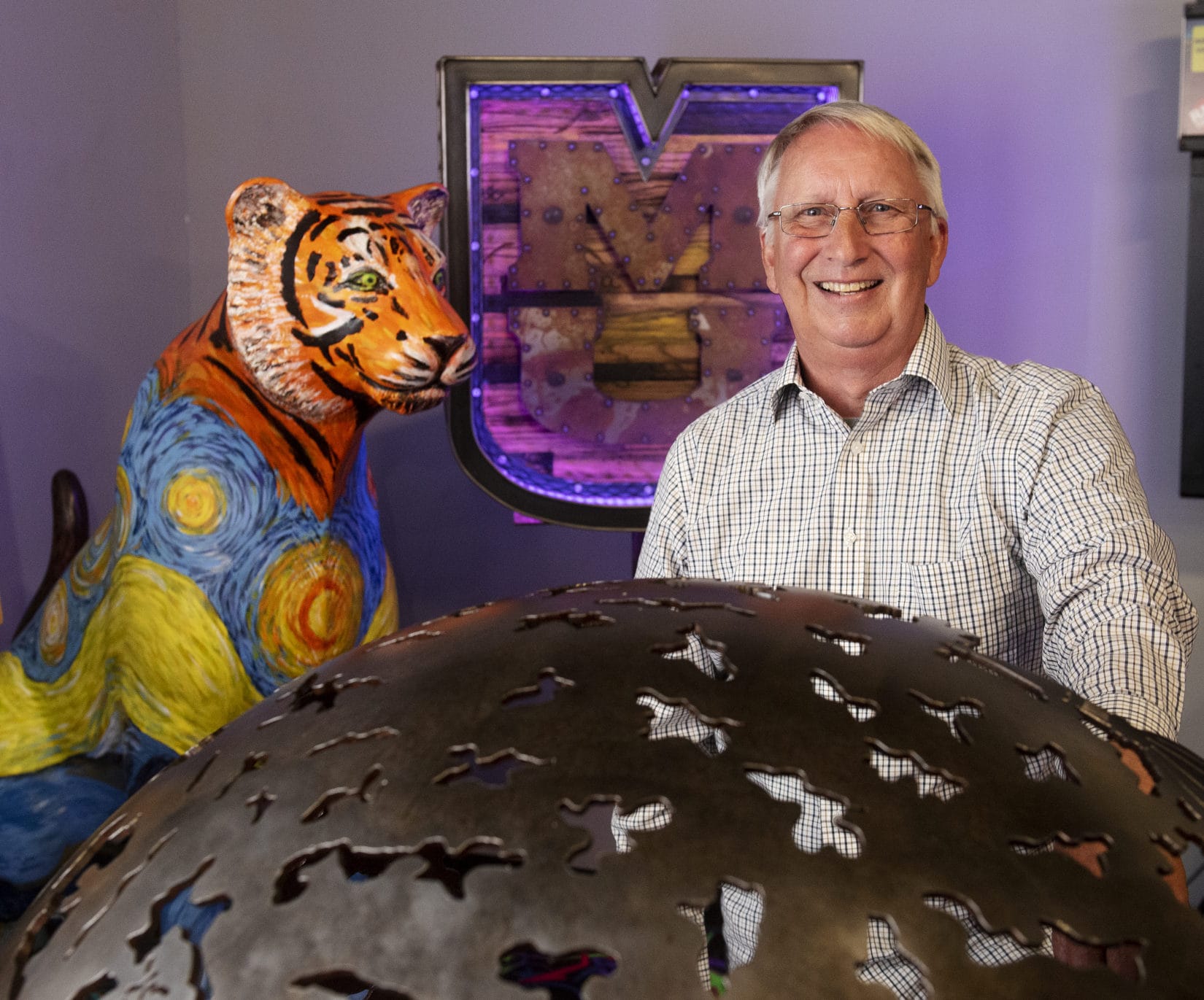 In 2014, for the event’s first year, 10 local Columbia businesses and charities each teamed up with one of 10 local artists and the first 10 tigers were created. In the years since, Tigers on the Prowl has raised more than $600,000 for local charities, an average of more than $120,000 per year.

Tigers on the Prowl has grown steadily over the years and 2019 has the potential to be the most charitable year yet for the organization, with more than 15 sponsors and an equal number of artists participating. For this year’s event, Tigers on the Prowl teamed up with the Columbia Art League to help inform the local art community of the event and their ability to participate in it. Submissions were collected and the board of Tigers on the Prowl decided on the final artists. This year’s festivities will culminate on Oct. 1 at the annual art auction and dinner.

In addition to his work running Tigers on the Prowl, Chuck Crews also manages to find time to be on the board of directors of Love INC, also a 501C3 charity in Columbia. Love INC (Love in the Name of Christ) is a national association that allows community and church members to come together to work to improve their communities as well as the lives of some of its members. Crews has been on the board of Love INC for about two years, but he has been active with the organization for around a decade.

Crews says that the goal of Love INC is to help people who are having a rough go of things in life, for whatever reason, improve their prospects for overcoming that adversity and succeeding in the future. The organization is also in the process of opening a café that will employ members of Columbia’s special needs community and hopes to move forward with that project soon.

Speaking to Crews brings to mind the Dr. Seuss quote, “Unless someone like you cares a whole awful lot, nothing is going to get better. It’s not.” Fortunately, Crews and others like him do care “a whole awful lot” about the community.

For more information on Tigers on the Prowl or Love INC, visit: tigersontheprowl.org and columbialoveinc.org.