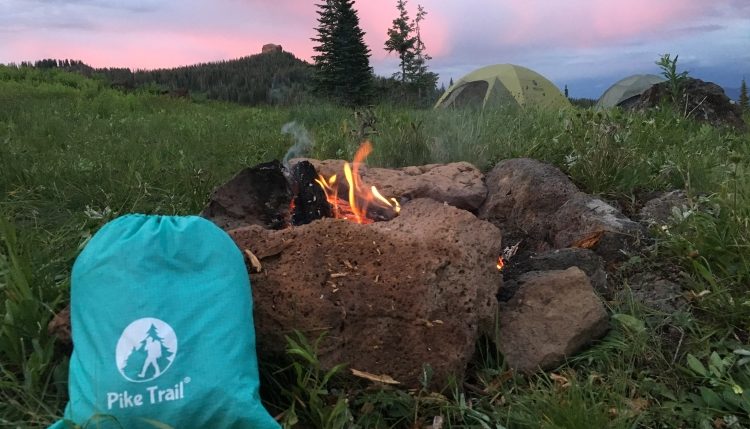 Josh Hendershott has always been a lover of the outdoors. Hiking, fishing, hunting and camping are his escape when the stress of his career as a senior spine specialist for NuVasive gets to be too much. But, his love for being in nature goes further than helping him unwind. In 2017, it enabled him to launch his own line of outdoor gear products.

“I love to hike, fish, hunt — basically any activity outdoors,” Hendershott says. “I started researching hiking products and had an idea for lightweight packable pocket-sized gear. I came across a product called a pocket blanket and it was okay — but it wasn’t waterproof and I knew that I could create one that was a lot better.” 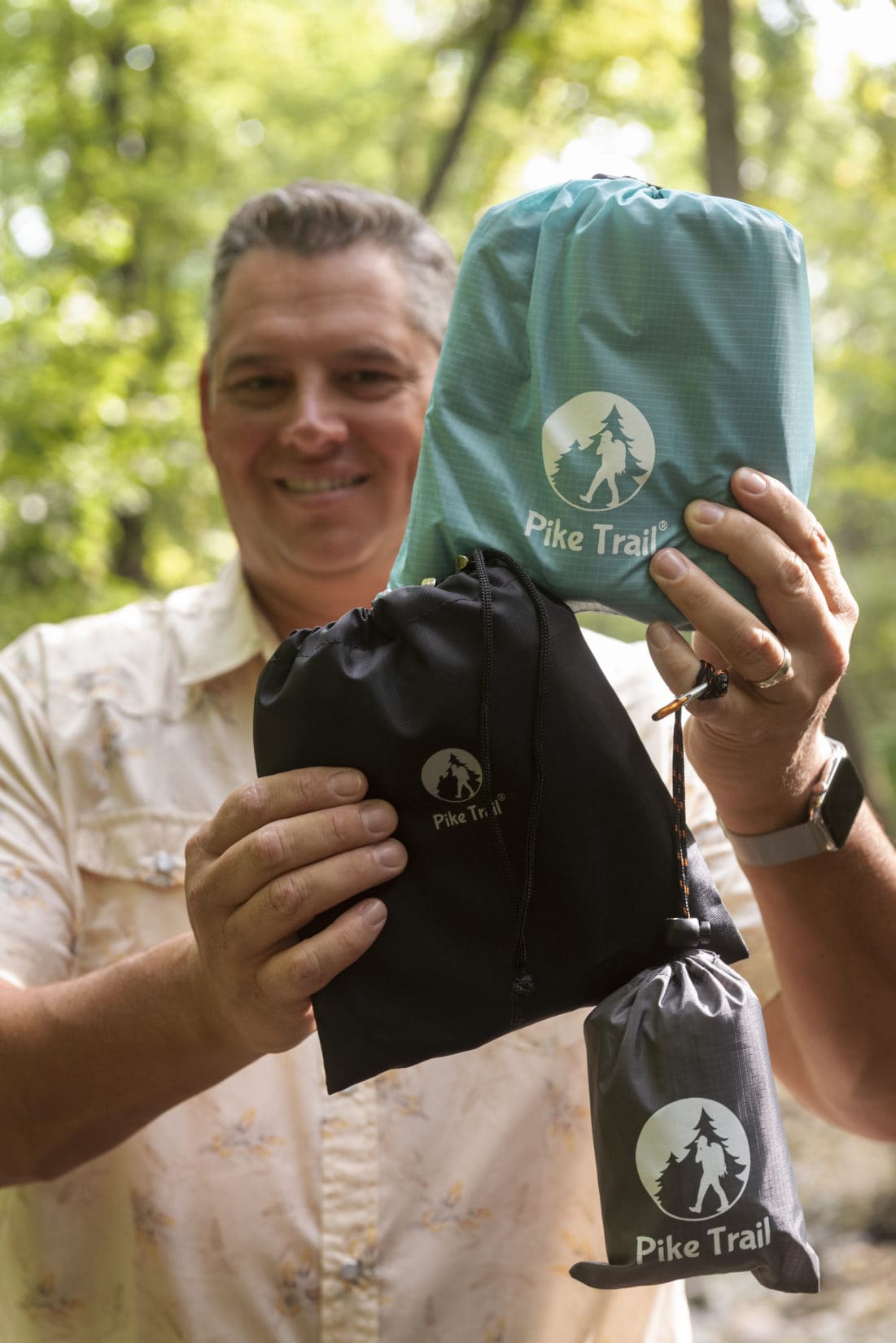 Hendershott’s first product, an improved — and waterproof — pocket blanket, rapidly materialized from an idea into a product sold globally. He partnered with friends Patrick Bryant and Colin Schuster to do a photoshoot on his property near the Missouri River and Pike Trail was born. “My family (my three daughters, my wife and I) and a few friends, hand-cut a trail on our property that wound through cedar trees and opened up to a bluff that overlooked the Missouri River. We had a lot of really great times on that trail — and put a lot of hard work into it. That’s where the name for the company comes from.”

Pike Trail began selling pocket-sized gear, ranging from 1 to 3 pounds, on Amazon.com, using the photos taken on Hendershott’s property. “Our gear is mini-sized, which means it’s as small as we could get that piece of gear to be,” Hendershott explains. For example, the pocket blanket is about the size of an outstretched hand and can fit in most pockets or be attached to a backpack with an included carabiner.

Things were relatively calm in the world of Pike Trail until Hendershott received a call a few months ago from The American Movie Channel (AMC) Network, which produces and airs popular shows such as “Mad Men” and “The Walking Dead.” An executive had ordered a Pike Trail product off Amazon and liked it so much that he decided he wanted to learn more about the entrepreneur behind the idea. “I got a phone call from the AMC office saying that they wanted to do a shoot with our products, and that turned into a review lasting more than 2 minutes on a show called ‘NewsWatch,’” Hendershott says. “It reaches 96 million households across the country and features interviews with celebrities and America’s Top Entertainers such as Bradley Cooper, Jennifer Lawrence and Mila Kunis (just to name a few), breaking technology, new gaming and the latest gear from emerging entrepreneurs.” The review aired on Aug. 26 and featured Pike Trail’s gaiters, which unlike traditional hiking gaiters, fold up and fit into a little bag and are ruggedly designed with stainless steel buckles to last longer. Leg Gaiters cover the gap between your shoe and pant and keep snow, dirt and water from going into your shoes.

While the gaiters were featured on “NewsWatch,” Hendershott’s favorite product he’s created so far is the sleeping bag liner with a full-length zipper. “It’s great for camping and for traveling in general. You can use it when you’re sleeping in a hotel if you don’t want to sleep on their sheets and are worried about bed bugs. You can use it in your sleeping bag when you’re camping for several days. My kids love using it on sleep-overs at their friend’s houses.  There’s just so many different uses for it.” 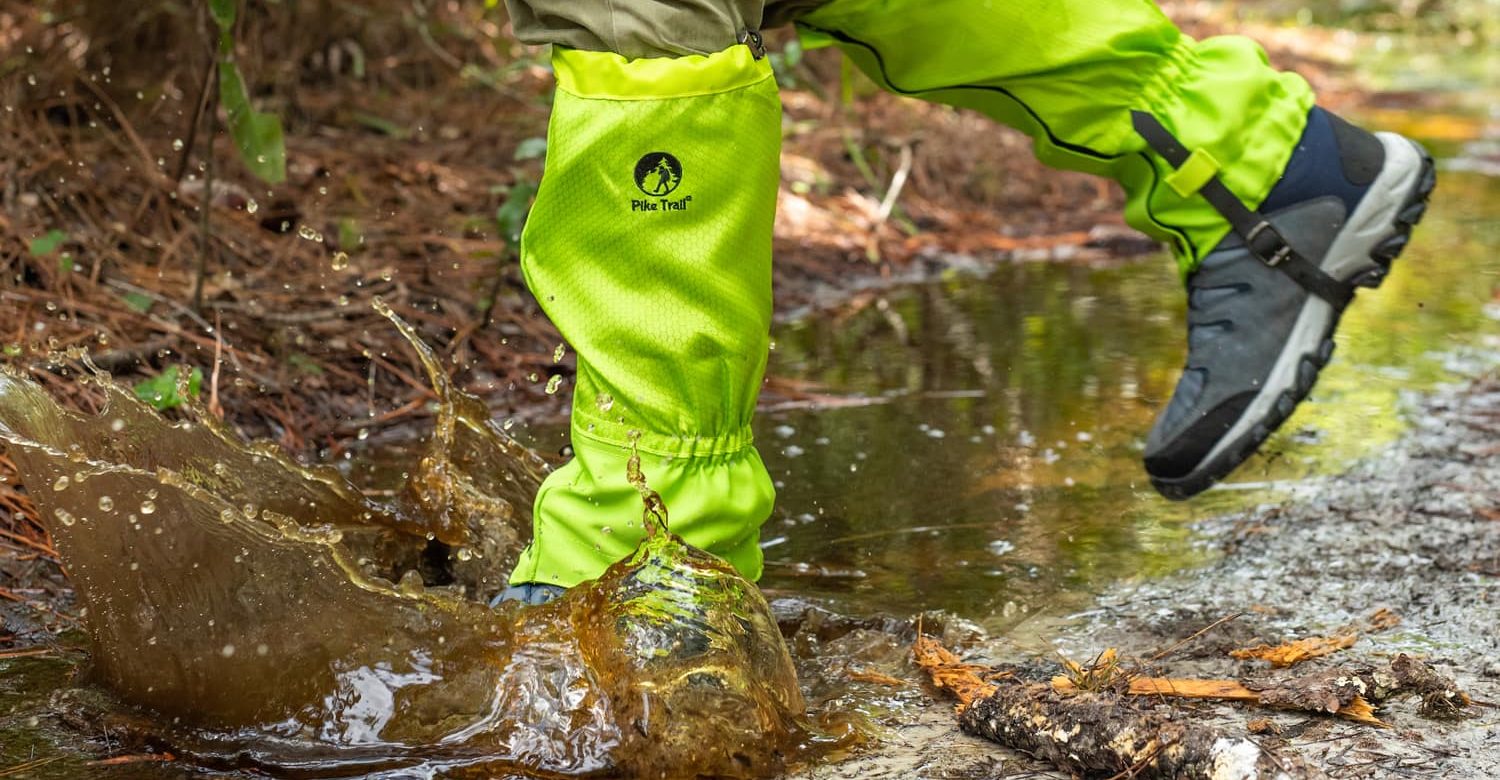 Currently, consumers can only purchase Pike Trail gear through the website — PikeTrail.com — or on Amazon.com. This was a great way to start the business and test the products on a mass scale, Hendershott says, but he’s hoping to branch out locally. “We’re selling globally through Amazon, but we aren’t selling in local shops, like the Alpine Shop and Walt’s Bicycle & Wilderness. I’d like to start selling a lot more locally to support our area businesses and provide gear for our great community. And if this gets big enough, I’d love to either start or support a charitable foundation. I have a passion for kids that never really get to experience the outdoors — those that have never been taken fishing or hiking and maybe don’t have the means to do it,” he says. “Being in nature is very important for me and since I’m in a stressful work environment, connecting with nature brings me back to ground zero. I think everyone should be able to experience that.”