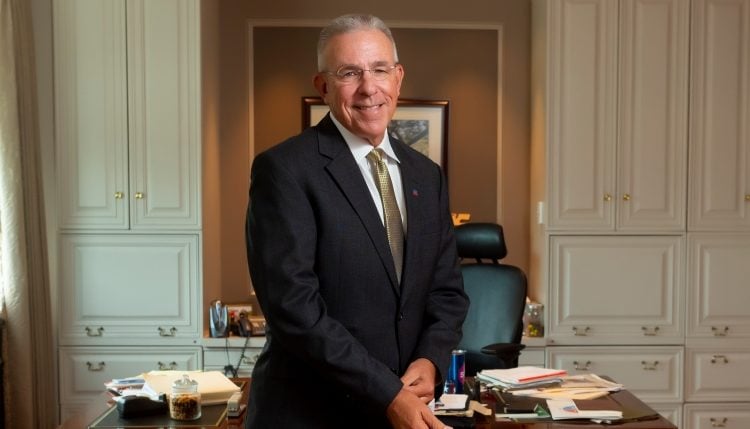 Matt Moore Steps In As New CEO of Shelter Insurance

There is something reassuring about Matt Moore’s presence. Maybe it’s the steady, calm tone of his voice. Maybe it’s his thoughtful demeanor or his old-style manner of making a guest feel at home. He’s formal, dressed in his ironed white shirt and tie, but not stiff. At age 63, he radiates contentment with his lot in life, but as the new CEO of Shelter Insurance, there’s nothing complacent about him.

Moore has been preparing for his role at Shelter for the past 35 years, since starting out with the company as a claims’ adjuster in Little Rock, Arkansas. Very much a product and believer of Shelter’s corporate culture, Moore embodies the emphasis the company places on experience. “I think all our CEOs have been people who have grown up in the company,” he says. “We feel there’s value in that and in stability.”

But the purpose of being rooted in the company’s history isn’t to repeat the past. Moore looks forward to shaping Shelter’s response to new industry trends, such as autonomous cars and smart homes. Both those innovations could have significant impacts on the insurance business. “My years of experience and knowledge of the company give me a feel for the ebbs and flows of the business. As CEO, you just have to know how to navigate those,” he says.

When asked what has kept him working at Shelter Insurance for all that time, he responds, “Believing in what we do and the way we do it. Through the years, what resonates with me is the integrity of the company and the corporate culture that has a family feel to it.” Moore delivers those lines sincerely and not with the practiced gloss of a pre-rehearsed talking point. 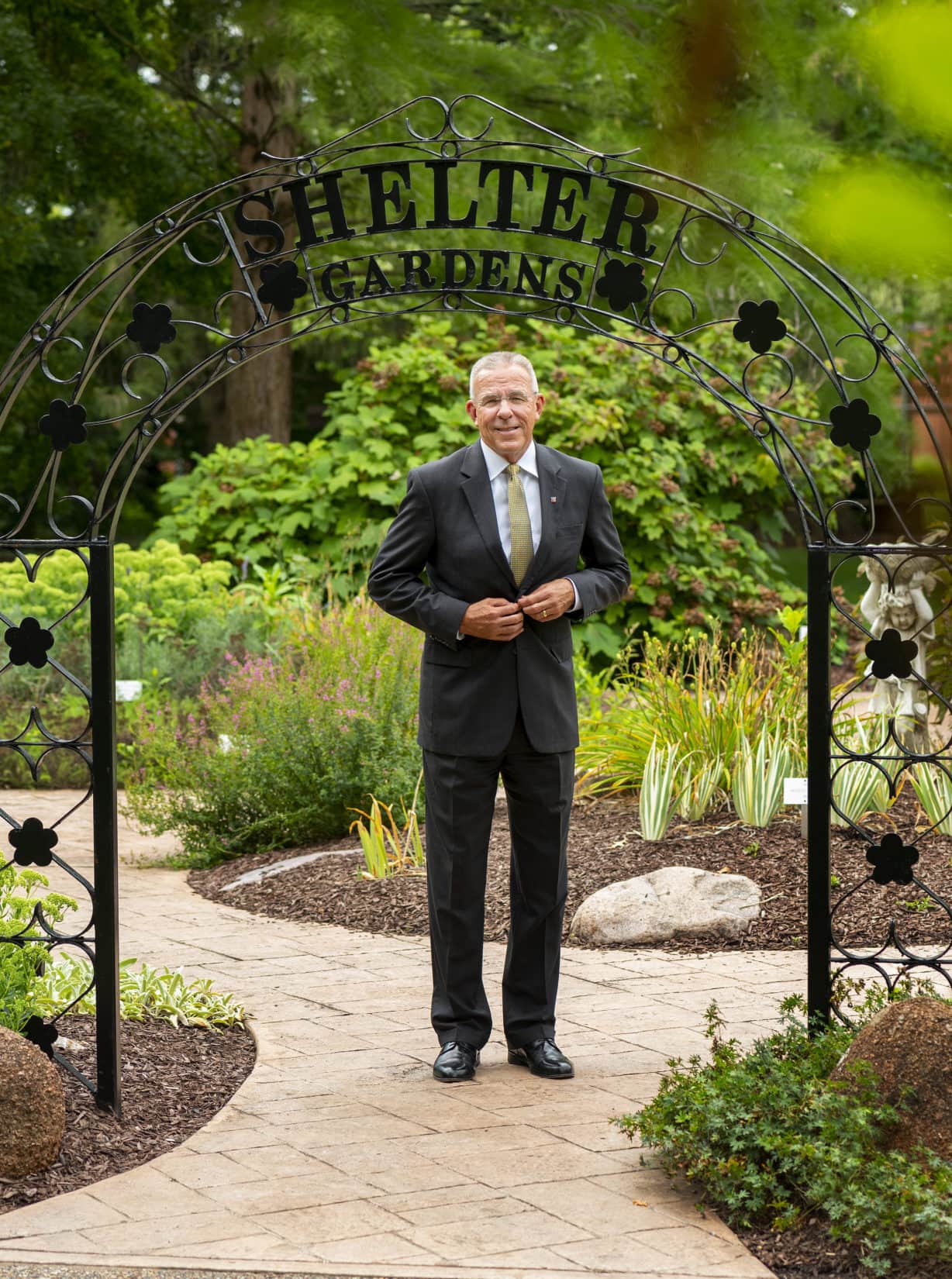 Although many companies profess to having a family environment, few can point to several generations of family members actually working for the same company. “A lot of husband and wife teams work at Shelter, and the children of agents follow in their footsteps, along with children of our employees. That shows me that the parents think it’s such a great company that they want their children to experience it, too,” he says.

Shelter may have several generations of families in the workforce, but it is anything but a mom and pop business. As the third largest non-governmental employer in Columbia, about 1,100 people go to work at Shelter headquarters each day. Another 800 employees work in the field. In addition, the company works with 1,370 exclusive agents and 900 independent agents through its AmShield and Haulers subsidiaries. Its online insurance division, Say Insurance, has a presence in five states. “We’re a super-regional company, operating in 21 states. We have a reinsurance operation that write in more than 60 countries, providing insurance for other insurance companies,“ he says. “We feel like we are a big company, but we try not to act like a big company.”

Shelter is very much a part of the global business community as well as the Columbia community. Moore takes pride in Shelter’s community contributions — ranging from its landmark fountain that is lit with a kaleidoscope of colors during the summer to the Christmas tree lighting in the winter, to the summer concerts in Shelter Gardens. Despite his 20 years of living in Columbia, his southern twang reveals his Arkansas origins. He and his wife, Rhonda, have raised their two children in Columbia, and are currently enjoying their role as grandparents of three with another one expected soon.

In addition to his work at Shelter, Moore is on the board of Columbia Boys and Girls Club, where he serves with Joe Miller as co-president. As chair-elect of the Columbia Chamber of Commerce, he will soon become that board’s leader, and he manages to find time to serve on the board of First State Community Bank. His friend and fellow golfer, Drew Smith, vice president at First State Community Bank, has observed Moore’s influence on Shelter and the community. “He has a great impact on the people who know him because he always lifts up the people around him. If you know Matt, you don’t want to disappoint him.”

Smith is also impressed with Moore’s steadfast personality. “He is able to stay level-headed, calm and fair in really intense situations. He’s a calming force that keeps people on the right track.”

Those are useful traits for the CEO that Moore is today, but his 16 years officiating SEC footballs may have had something to do with the cultivation of these traits. Throughout football season, Moore would leave his quiet, safe office at Shelter to spend his weekends on the football field, trying his best to make fair calls and ensure that he didn’t get in the way of 300-pound players intent on knocking down anyone foolish enough to get between them and the ball. “You go out there, and you put your integrity on the line, every Saturday,” he says.

“We have a saying among officials that we were there to be the calm in a sea of chaos,” Moore says.

Whether as the CEO of one of the nation’s major insurance companies or as an SEC referee, that’s a goal that has defined Moore’s character.