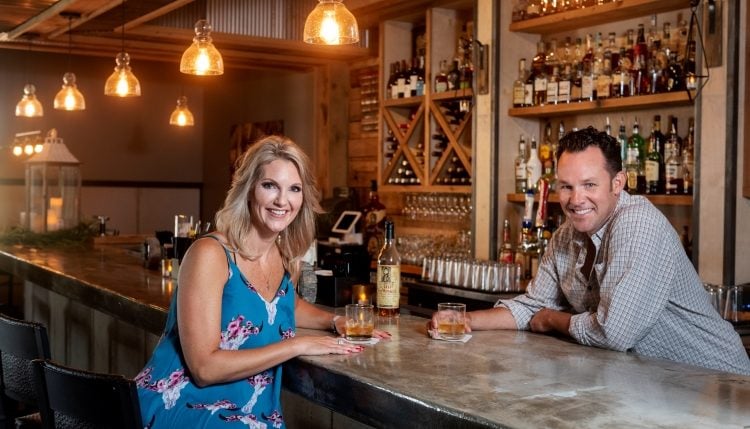 In the past decade alone, Columbia has seen its population increase by almost 15,000 residents (to a total of nearly 125,000). Many of those residents were attracted by the city’s strong, and growing job market, good public schools, and the appeal of a combination of Columbia’s small-town feel and big-city amenities. As the city has grown, so too, has the need for venues capable of hosting a variety of gatherings, ranging from weddings to corporate events. Fortunately, several attractive new alternatives have recently opened.

The first, Cooper’s Ridge, is located approximately 20 miles west of Columbia in Boonville. A few years ago, husband and wife team Sean and Kelly McCollegan, along with their then-business partners, decided to open a venue capable of hosting both weddings and corporate events in the area. After looking at various properties, they found a 38-acre spread west of town that was previously home to the Sieckman Furniture store. 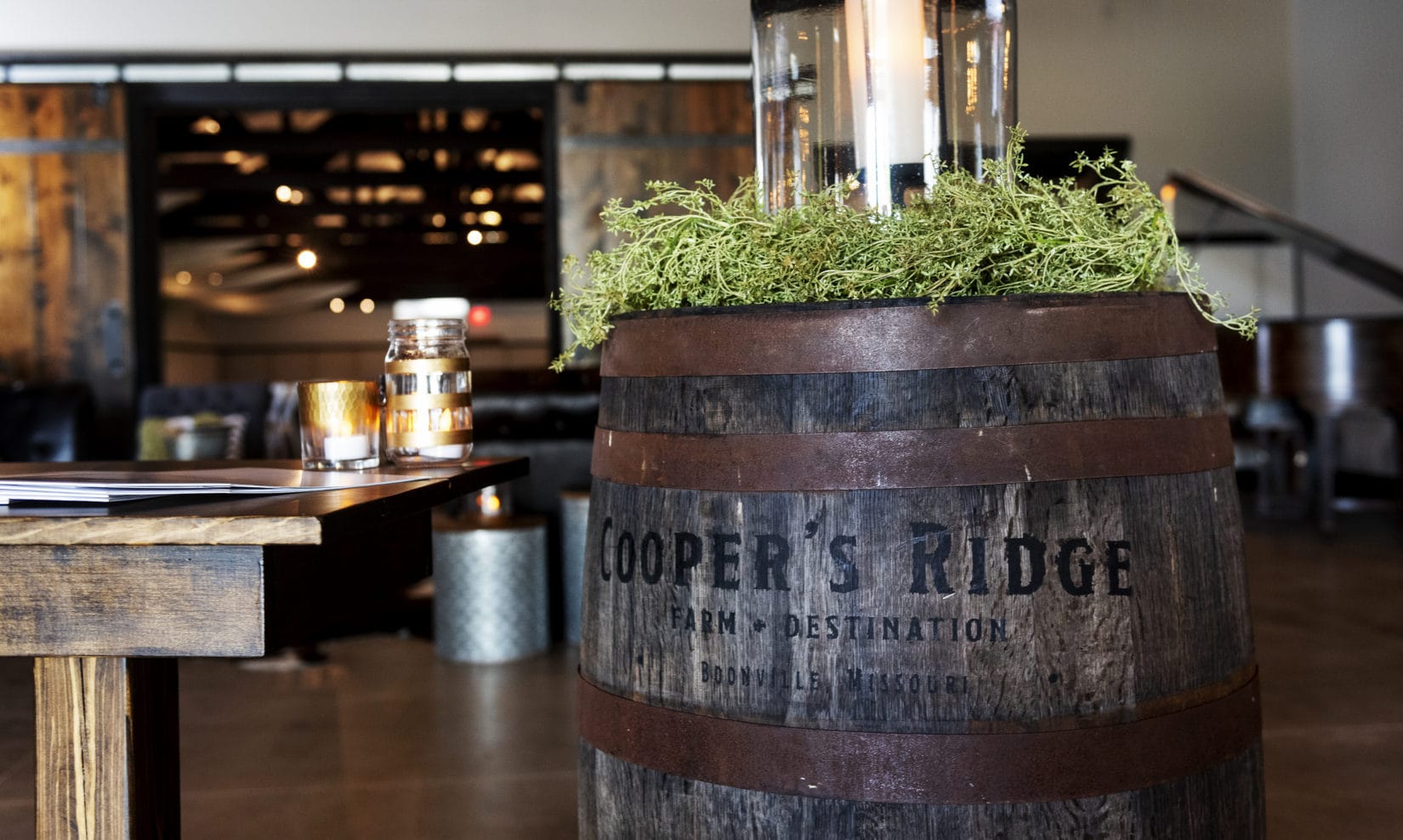 Over the next year, Sean and Kelly worked hard to refurbish the dilapidated remains of the furniture store and bring their vision of creating the venue to fruition. During this time, the McCollegans’ original partners decided to leave the venture, at which point another couple, Jeff and Brandi Huebner, bought a stake in the business. After more hard work completing renovations and getting everything into place, Cooper’s Ridge hosted its first event, a wedding, in May of 2018 and, according to Brandi, a few months later, in August, things began to really “take off.”

Despite its close proximity to Columbia, Cooper’s Ridge has a very relaxed, rural feel to it and offers guests a welcome reprieve from the hustle and bustle of the city. Additionally, Cooper’s Ridge aims to be as accommodating as possible. Event hosts are given the freedom to choose anyone (with a license) who they’d like to cater their event, instead of restricting hosts to choose from just a few select catering partners, as many event centers require. Cooper’s Ridge also prices events all-inclusively, so event hosts know ahead of time how exactly much their event will cost and won’t be hit with additional fees after the fact.

With Cooper’s Ridge open for barely a year, they’re “focused on improvement [and] taking things as they come,” Brandi says, and that the venue is still a “work in progress” as they keep an eye toward the future. The partners hope to find additional ways to take advantage of the land at their disposal, possibly adding additional residences for guests as well as using some of the land for agricultural cultivation.

The second venue recently opened is the Atrium Events Center. Located in the heart of downtown Columbia, on the corner of Ninth and Walnut Streets, the Atrium Events Center is the latest in a number of businesses that have occupied the property, beginning with the Powers House Hotel in the late 1800s and also including a furniture store, an Oldsmobile dealership, and, most recently the Parker Funeral Home. 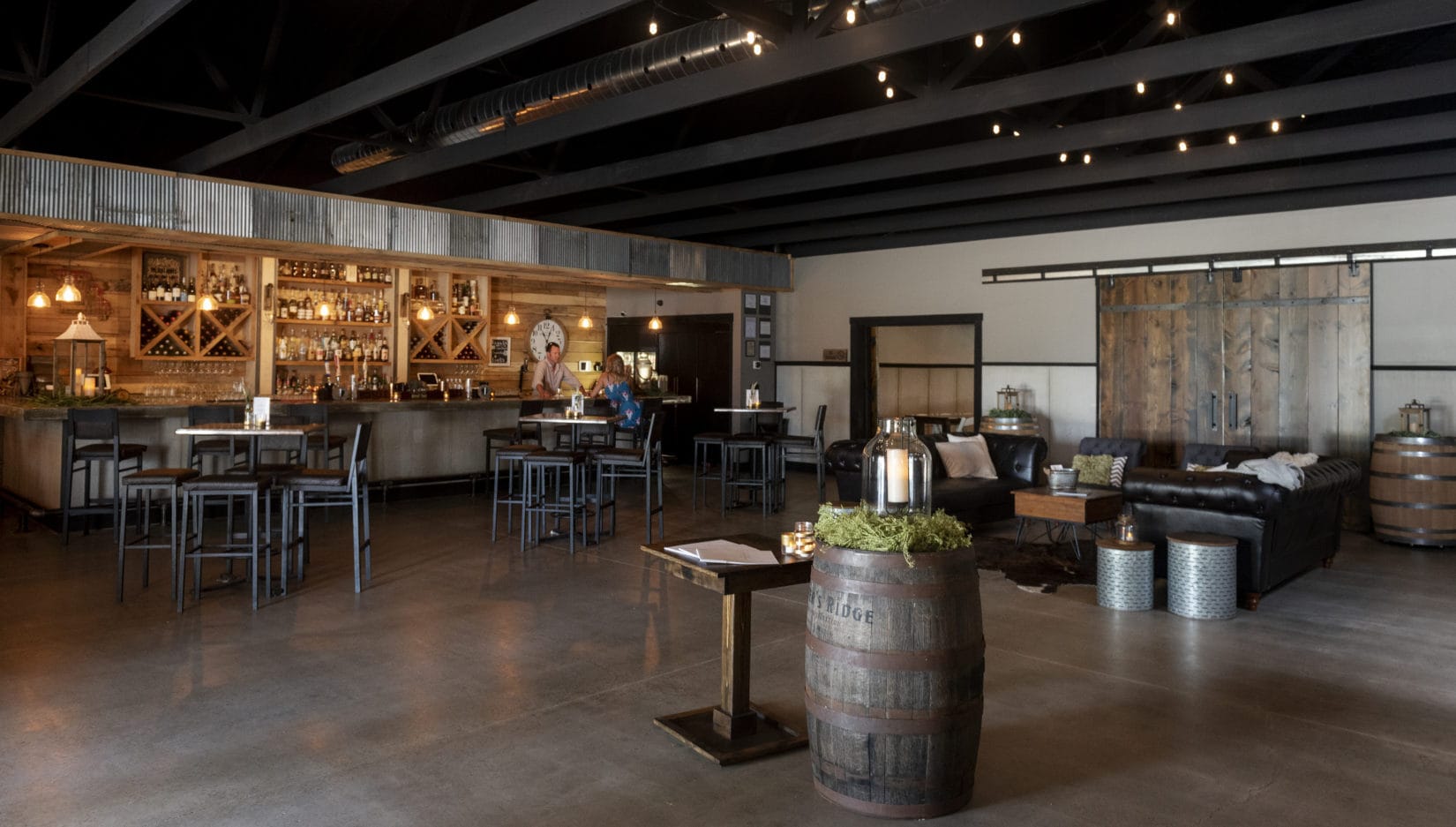 The property is now owned by John Ott and the Atrium has been leased to and is managed by Travis Tucker, owner of Bleu restaurant. According to Tucker, the renovations required to repurpose the building were extensive, with little more than the walls and frame remaining from the original structure.

According to Tucker, the Atrium is different from other event venues in The District in that it will provide more space than many existing options, with room for 400 seated guests or 600 at “cocktail hour” events. It also boasts a bold “industrial modern” style that “holds a character and charm unique to Columbia,” Tucker says. The Atrium opened in early August of this year and has already booked a burgeoning list of events for 2020.

Finally, the Drury Plaza Hotel Columbia East, located at the I-70/Highway 63 intersection, opened last summer. In addition to its 210 guest rooms, the hotel also houses an 3,200-square foot convention center able to host a wide variety of events and meetings for up to 300 individuals. This is Drury Hotels’ second property and event center in Columbia, with the other being located near the intersection of I-70 and Stadium Boulevard.

With these recent additions, companies and residents in Columbia and surrounding communities now have a broader variety of places to choose from.