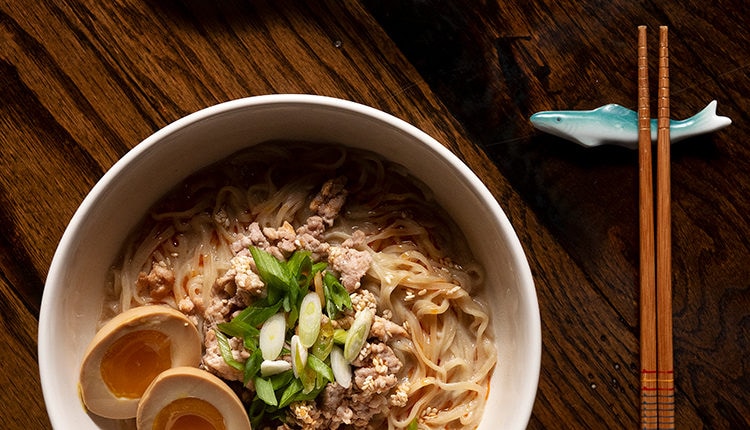 When you go out to a restaurant, there’s an assortment of delicious dishes to try. But what do the chefs consider their personal favorite creations? Chef Kory Yoo, who owns Geisha Sushi Bar and I’M Sushi & Grill, and Chef Frances Harvey, co-owner of Fujiko Izakaya, share their beloved dishes and the secrets to the success of each. 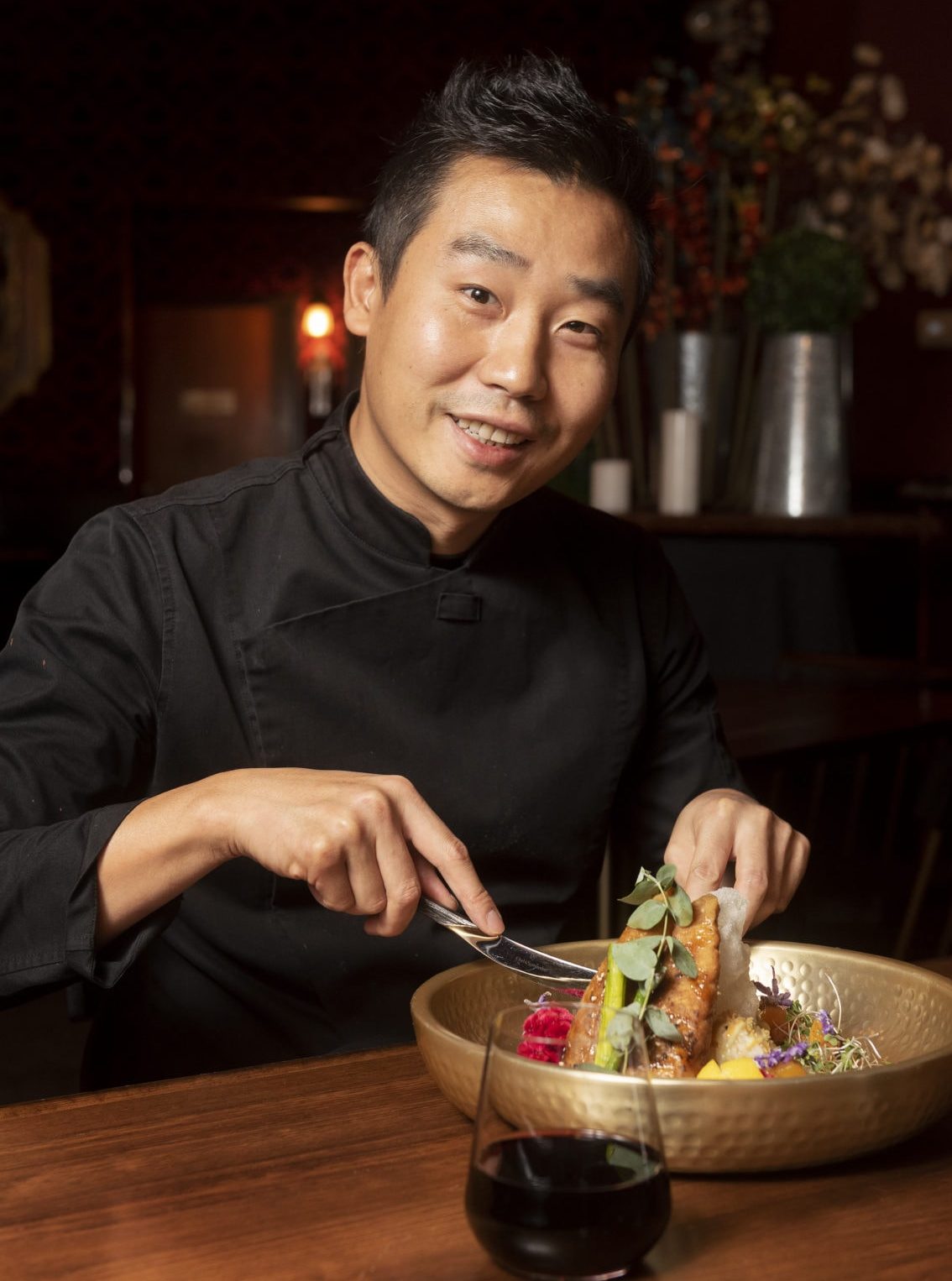 Owning and serving as chef at two different locations can be overwhelming, but Kory Yoo loves what he does. He takes inspiration from traditional Japanese and Korean recipes and serves it with his own bold, local flair. Yoo is a native of South Korea but moved to Columbia from St. Louis in 2009.

Yoo has served as a chef for the past 15 years preparing sushi and Korean food both in St. Louis and in Columbia. He launched Geisha Sushi Bar, a contemporary Japanese restaurant, in downtown Columbia more than 10 years ago, where he has served as owner and chef since its debut. Last year, he opened his second restaurant location, I’M Sushi & Grill, which focuses on dinner service and Korean food.

With the variety of food the two restaurants serve, what is Yoo’s favorite dish? “I’d have to say my favorite dish is grilled yellowtail,” he says. “Yellowtail is less ‘fishy’ tasting compared to other fish. The smoke from the charcoal and my barbeque sauce pairs perfectly with it. It’s my favorite stand-alone dish, but it’s also great mixed with a kimchi salad, trio rice and fruit,” he explains.

His favorite yellowtail dish is a combination of his own creation, combined with spices of the Korean culture. “I’ve taken inspiration from traditional Korean recipes and flavors and made them my own,” Yoo says. “I wanted customers to taste traditional Korean flavors while at the same time tasting my influences on the recipes and dishes. I alter traditional recipes to adapt to modern tastes, while focusing on using local ingredients.”

Co-Owner and Chef of Fujiko Izakaya

During this time of year, Chef Frances Harvey says it’s all about ramen. And she’s definitely not referring to the freeze-dried squares of ramen that contain a season packet that are college students’ staple food.

“Any excuse to eat a bowl of ramen, and I’m there,” Harvey says. “Ramen has a huge flavor with creamy, fatty broth and topped with all the goodies. Depending on the season, my favorite dish may change from a spicy miso to a light shoyu or even a curry broth. Right now, my go-to is a tori goma tantanmen.” The dish contains handmade noodles, a salty chicken, sesame broth and jammy egg, and she tops if off with minced pork.

Tantanmen is a popular noodle dish in Japan. “In my version, I blitz the sesame seeds down into a powder to add to the broth for a nuttiness and creamy mouthfeel without the addition of dairy,” she says. “Minced pork piled on top is what makes this dish a true tantanmen. The dish originated from Sichuan China. In Japan, it’s a little less mouth numbing and more umami.”

What’s the secret to making tantanmen? “This dish is best when made with fresh noodles, a broth that’s been cooking and concentrating for days, and when it’s paired with thirst-quenching beer,” Harvey explains.

If that’s a little more work than readers are prepared to make, Fujiko Izakaya always has ramen on the pop-up menu. Harvey calls herself the co-conspirator of Columbia’s newest pop-up series restaurant, Fujiko Izakaya. The first pop-up was in March of 2018 and the restaurant has made quite a buzz with its followers. 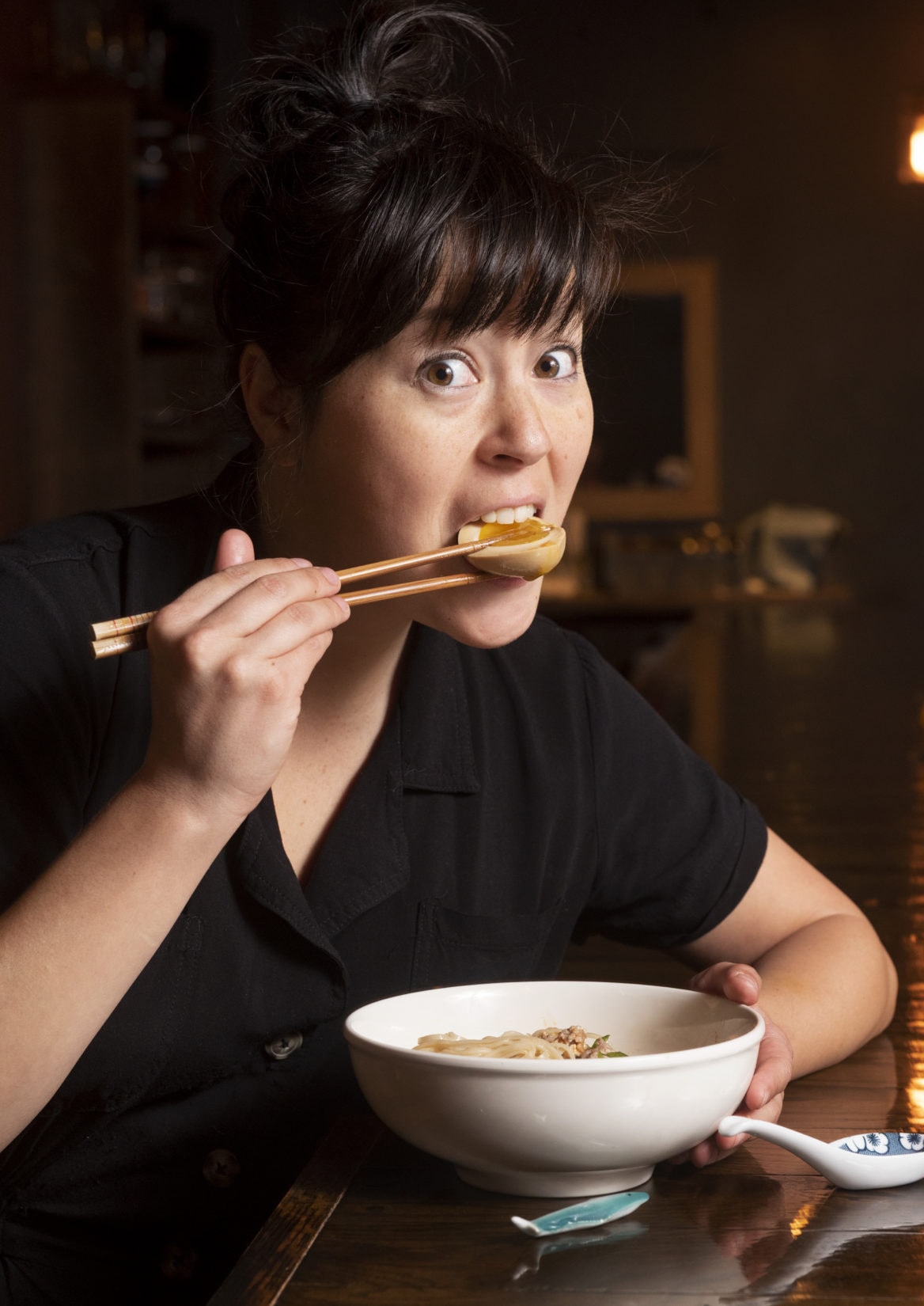 “Knowing that Japanese food isn’t just sushi was my reason for wanting to showcase the food I love at these pop-ups,” Harvey explains. “I grew up eating amazing Japanese dishes every night for dinner and I wanted a creative outlet to feed my friends and myself.”