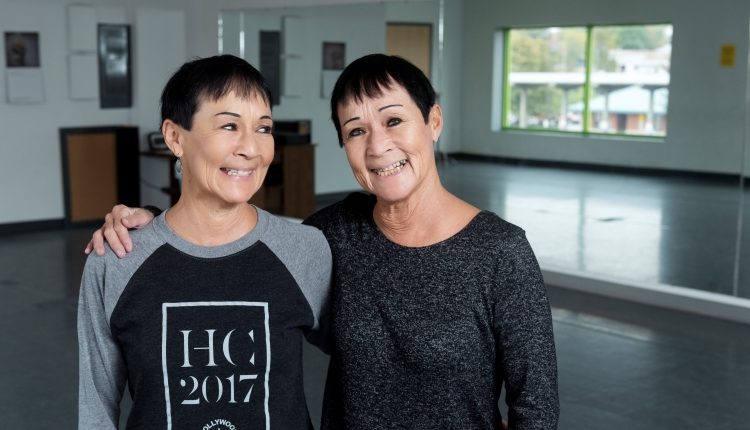 Marie Robertson and her twin sister, Maggie Dethrow, are dancing their way through life — with grace and style. Dance is how they’ve made their living. Dance connects them to hundreds of Columbia’s children and adults. And dance is a love they’ve shared since they were girls, growing up together in Newport, Rhode Island.

The two sisters, along with Marie’s daughter, Marisa, own Dancearts of Columbia, a studio at 10th and Walnut, on the edge of Columbia’s Art District. At age 68, the sisters are still keeping the beat, tapping away, hip hopping, jazzing and pirouetting across the dance floor.

Marie and Maggie do not fit the image of work-a-day Columbia business owners. There’s something dramatic about their dark eyes, their cropped, black hair and their poised posture. They look like they would be more at home on a stage than in a business setting.

“I can’t imagine not dancing,” says Marie. “We’ve been doing it since we were six, first to get us out of our shell because we were so shy. And once we got in high school, we began thinking we’d like to do this seriously.” Maggie nods her agreement as Marie explains, “My parents were like, ‘Well, so you’re going to dance? How are you going to make a living?’ So, we both had to have a double major — dance and math.” 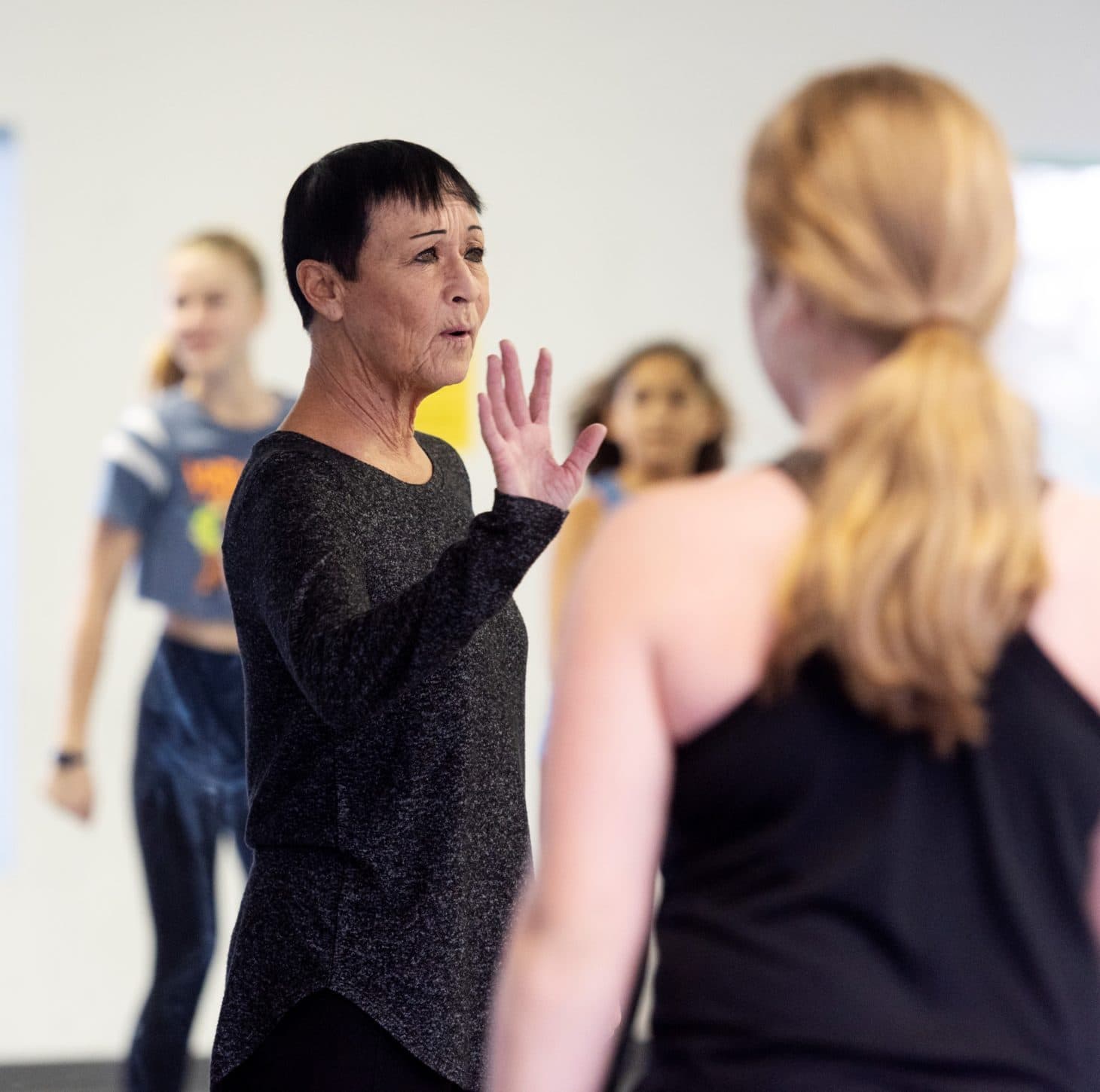 Marie, who owns a greater share of the business than Maggie and Marisa, shoulders more responsibility for the daily operation of the studio. Her math background comes in handy as she keeps the studio’s books, pays bills and tallies up tuitions. Both women still teach classes throughout the week, as does Marisa and their staff, each specializing in different styles. The studio offers a wide range of instruction for a wide range of students – from two-year-olds through adults, with classes for beginners as well as advanced dancers. For the preschoolers, there are Twinkle Toes, creative movement and Kinderdance classes. For dancers age seven through adult there are all levels of ballet, tap, jazz, hip hop, modern, lyrical, Irish, musical theatre and body toning.

For Marie and Maggie, Dancearts of Columbia is more than a business; it’s a way of life. Maggie points out that the studio has always been a social hub for the community. Parents dropping kids off or picking them up get to know each other, and, of course, the students taking classes together also bond. When asked what’s the best thing about owning the business and working in it each day, they both say that they have made many friends over the years.

The studio has been a fixture in Columbia’s downtown since 1979. Maggie started teaching at the studio back in 1985; Marie, a few years later. By the ‘90s, both women were part owners of the business. And in 2000, Marie became the main owner.

Recalling their childhood in Newport, Rhode Island, they both chuckle at the contrast between their Irish surnames and their Japanese descent. “Our father — an Irish American, a Brannigan — came back from Japan with a Japanese wife and four children. Growing up, we were known as ‘the Brannigan twins,’” says Marie. 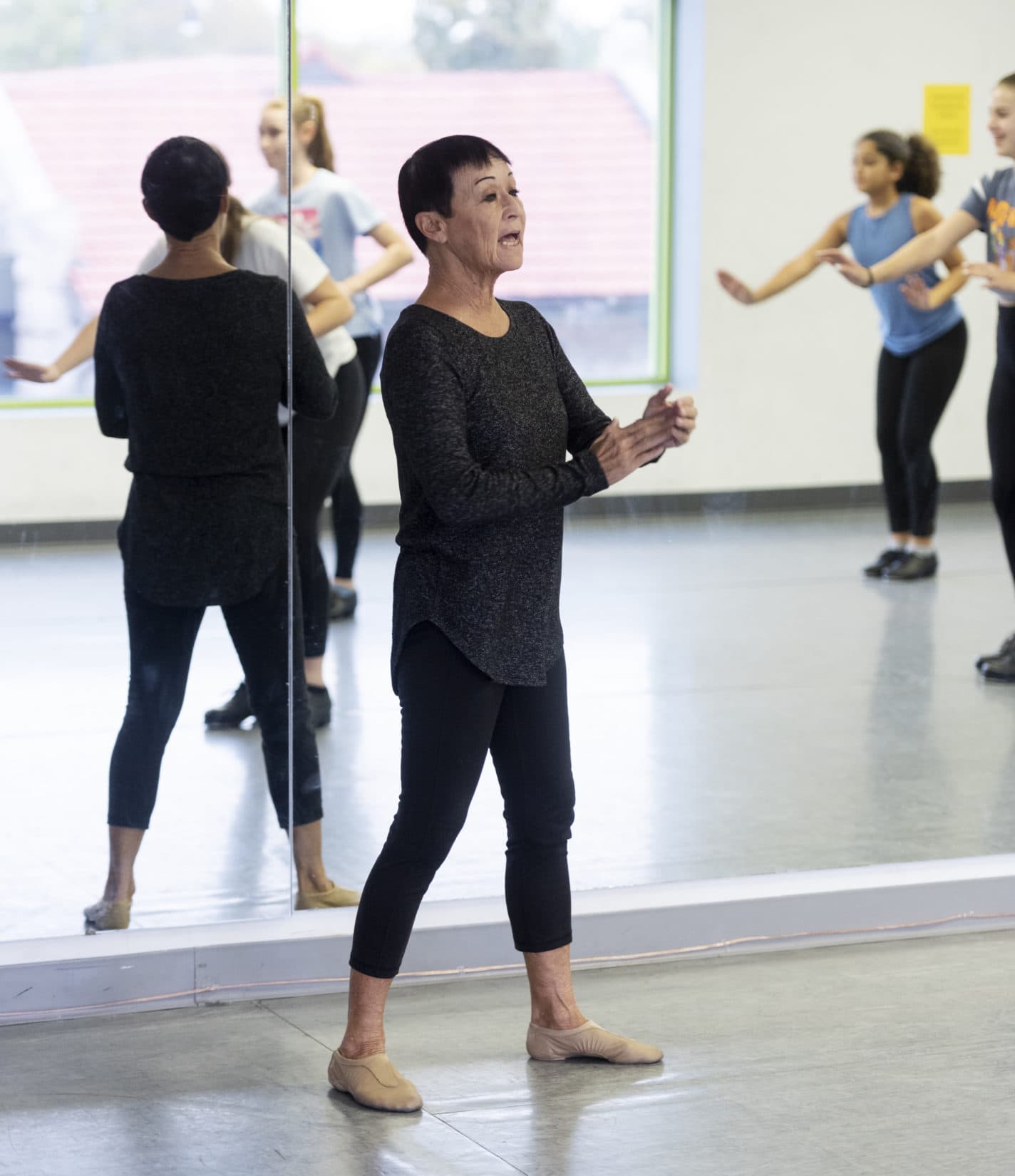 In their junior year of high school, they met a recruiter for Stephens College, who eventually lured them to Columbia. They graduated with BFA’s in dance and BA’s in math, before becoming faculty members at the college. That was almost 50 years ago, and since then they both married — Marie to Rick Robertson (one of the current owners of Booches) and Maggie to Jerry Dethrow, (a former Booches owner). Their children are now grown, and while Marisa has become part of Dancearts, Maggie’s two sons have followed other dreams — Dan is co-owner of Flyover restaurant, here in Columbia, while Matt is a musician in New Orleans.

Part of what brings people to Dancearts is the expert instruction and emphasis on personal growth of each student. Although Marie and Maggie offer students the chance to participate in dance competitions, Marie is unequivocal about her philosophy of dance instruction. “At Dancearts, we teach everyone with professional instruction. There are no separate classes for those in competition.

We make sure the studio has a welcoming and family-friendly environment,” she says.

Although most of their students are school-age, a good number of adults also take classes. Some danced as children and continue learning. Others waited until they retired before walking into the studio. “They want to step out of the box. They probably don’t want to perform before audiences, they want to have fun, to learn something new. Dancing is something they’ve had on their wish list for many years, and now they have the time to try it,” says Maggie.

Llona Weiss is an adult student who has been taking dance lessons since the studio opened 40 years ago. When she was younger, she made time for several different dance classes a week, but now she restricts herself to one class a week. “I’ve been dancing since age 12,” says Weiss, “and I’ve determined that if I stop dancing, I’m just going to keel over.”

For Weiss, as well as for other adults who take lessons at Dancearts, the benefits go beyond improving their dancing skill. “For me, the benefits are physical, mental and emotional — all three,” she says. Weiss appreciates Dancearts’ family environment. “A lot of the people who were younger dancers when I started taking lessons have kept dancing, and now their kids are dancing,” she says.

Even those Columbians who have never had the urge — or the courage — to put on dancing shoes and move into the spotlight, can enjoy the skills and art of Dancearts’ students. Each spring, Marie and Maggie produce a recital for the public at Jesse Hall. “The dance concerts are big shows, out of this world,” says Weiss. For the price of a ticket, everyone can enjoy the world of dance that Marie and Maggie have brought to Columbia.