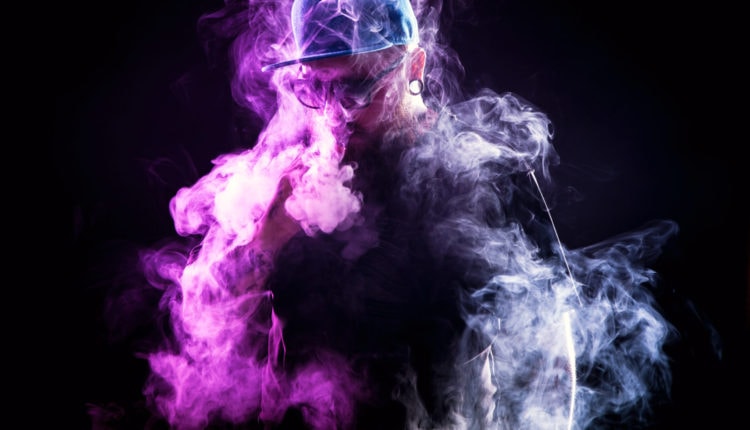 Exploring the Issue of Youth Vaping in Columbia

Gov. Mike Parson’s Youth Vaping Awareness Campaign has left Missourians with a lot of questions surrounding youth vaping. The main one: Is it really as prevalent as it seems?

One in three teenagers is using at least one tobacco product, according to a National Youth Tobacco Survey (NYTS) conducted in December by the Centers for Disease Control and Prevention (CDC) and the Food and Drug Administration (FDA). With tobacco use being the leading cause of preventable disease and death in the United States, these numbers are staggering.

The use of e-cigarettes rose as much as 78 percent among high school age youths between 2017 and 2018, according to the 2018 NYTS. “Youth use of any tobacco product, including e-cigarettes, is unsafe,” says CDC Director Robert Redfield. “It is incumbent upon public health and health care professionals to educate Americans about the risks resulting from this epidemic among our youth.”

What You Need to Know

Vaping — the common term for using an electronic cigarette — vaporizes nicotine, along with other chemicals, to simulate smoking a cigarette. Available for purchase in stores and online, vaping devices come in many different varieties, flavors and nicotine strengths. There are fully disposable varieties (IE Blue, Mojo), some with disposable cartridges or pods (Juul, Myle) and some that are refillable (Cora, Vaporite), for which users can purchase liquid or juice separately.

Vaping devices range from those that look like traditional cigarettes to flash-drive-like models. Most vaping companies claim that their products are intended to help smokers cut down on their cigarette consumption, but some people use them as a substitute for smoking that is more convenient and less conspicuous. Unfortunately, others use their vaping devices to consume illegal and black-market substances that can cause serious side effects.

The No. 1 side effect of vaping is pretty obvious: addiction. If you’ve kept up on the news lately, you know that’s not the only problem. Illnesses such as popcorn lung, or bronchiolitis obliterans, can be caused by inhaling a chemical found in microwave popcorn — and some e-cigarette liquids. It damages your lungs’ smallest airways and can cause coughing, shortness of breath, inflammation and sometimes permanent scarring. Wet lung, or acute respiratory distress syndrome, also can be caused by inhaling e-cigarette vapor and involves inflamed lungs and an immune response that causes lung tissue to secrete fluid. As vaping rates increase, so do vaping-related illness rates.

As of Oct. 1, the CDC had recognized 1,080 lung injuries and 18 deaths across the nation associated with vaping products in 2019. In Missouri, we’ve had 22 cases of vaping-related illness and one death associated with vaping. Most of these reports involve people between the ages of 15 and 24.

Recent research indicates the main culprit behind these illnesses and deaths is illegal vaping products, specifically those that include THC, the psychoactive component of marijuana. Experts say chemicals in illegal THC cartridges, along with vitamin E oil, are causing serious health problems. Ilona Jaspers, an inhalation toxicologist at the University of North Carolina at Chapel Hill, discussed the issue during an interview with Kaiser Health News. “I think some of the things that are now under review are these sort of bootlegged THC products that probably have contaminants in there like vitamin E and some other oils and maybe even pesticides,” she says. “So, all of this is highlighting a bigger problem that none of this is truly regulated. It’s not going to be one chemical causing all of these hospitalizations. It’s not going to be that simple.”

Even with the evidence pointing to black market products as the cause for many of the problems and dangers associated with vaping, brick-and-mortar stores selling legal and legitimate vaping products are taking a hit. Mike Soptick, owner of the now closed Darth Vapors shop in Fulton, blames the recent media coverage for his business closing. “Business is slow from the bad THC cartridge dilemma all over the media,” he says. When asked what parents can do to protect their kids from the dangers of vaping, Soptick says simply, “Be more vigilant.”

The Root of the Problem

With so many warnings and statistics coming out, why are young people still vaping? “We are facing an epidemic of youth vaping partly driven by the fact that many young people do not believe there are immediate or long-term risks associated with vaping,” says Dr. Randall Williams, director of the Missouri Department of Health and Senior Services. 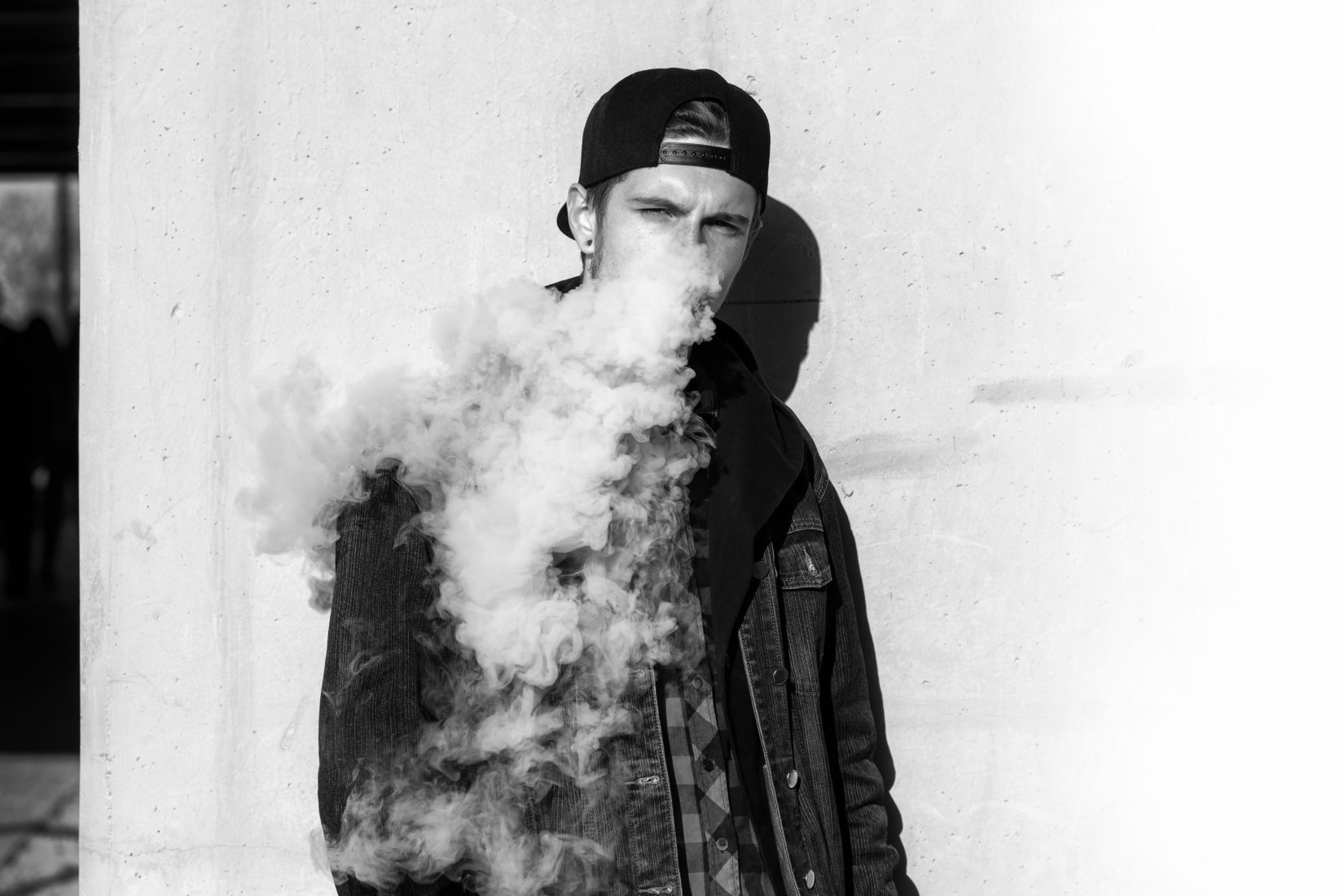 Former Juul CEO Kevin Burns has publicly said that Juul was initially intended for people who smoke cigarettes and want to quit. Before stepping down as CEO, he said in an interview with “CBS This Morning,” “Don’t vape. Don’t use Juul. Don’t start using nicotine if you don’t have a pre-existing relationship with nicotine. Don’t use the product. You’re not our target consumer.” Yet the youths interviewed for this article claim that they had never considered smoking cigarettes before they started vaping and still would not consider smoking cigarettes.

In interviews with local youths who vape, many said it is more convenient than smoking cigarettes. For privacy reasons, interviewees have been given pseudonyms. Eric, a Columbia youth, says that smoking Juuls was a lot more convenient than smoking cigarettes, particularly because he was hiding the fact that he was vaping from his parents. “The Juul was a lot easier to hide than cigarettes for sure … because it was so small and convenient,” he says. “You can just put it anywhere. I’m pretty sure I left my Juul out in front of my parents multiple times, and they didn’t know what it was.” Eric says he started vaping because most of his friends were doing it, but he eventually became addicted. He did eventually stop due to health complications; the use of Juul products made his acid reflux worse and even burned his throat.

Another former youth vaper, Rose, started vaping when she was 17. She began smoking cigarettes at 15 but transitioned to vaping to help her quit cigarettes. She continued using a Juul because it satisfied the habit of the act of smoking — and became addicted. Rose says she and her friends would paint or decorate their Juul devices and that some people even paid her to decorate theirs for them. She says her friends’ parents would buy her Juul pods because she was not old enough to buy them herself. “Honestly, the only reason I stopped Juuling was because I washed my Juul in the washing machine, but I’m glad it happened,” she says. “I love them, but I hate them … for different reasons. Both sides (of the argument) have good points.”

Another former Juul user, Sarah, started using Juul products at age 18 after never having smoked cigarettes because “everybody else my age was doing it, so I was like, ‘I’ll try it.’” She continued using the products because she became addicted. She had considered smoking cigarettes, but the convenience of the Juul appealed to her. “It was just so easy to just sit in my room at night and smoke my Juul versus I’d have to crack a window and smoke a cigarette or like step outside of where I’m at,” she says. “It just wasn’t convenient.” Sarah says her mom, who is also a vape user, actually bought the pods for her. “She has been smoking since she was 15, and she just wanted to switch,” Sarah says. “She hasn’t quit, but she just wanted an alternative. She feels like it’s very harmless. She started smoking in the ’80s, and it was just a very different time.”

Some, including Missouri Commissioner of Education Margie Vandeven, believe that the responsibility lies with adults to prevent youth use of tobacco products. “It’s important that parents and educators are aware of the dangers of vaping,” she says.

“These products aren’t just dangerous,” says Missouri Department of Public Safety Director Sandy Karsten. “Under state law, it’s illegal for minors to be vaping and for retailers to sell these products to anyone under age 18.

In addition to the efforts of the ATC, the Columbia/Boone County Department of Public Health and Human Services hired Julie Sears as the first tobacco enforcement and education officer. She will begin conducting compliance checks within Columbia city limits to make sure businesses aren’t selling tobacco products or vaping products to anyone younger than 21. The federal legal age to purchase tobacco products is 18, however a bill to increase the age to 21 is expected to be passed. Columbia is one of many cities nationwide to institute the Tobacco 21 ordinance: Sales of tobacco products to anyone younger than 21 within city limits is strictly prohibited.

If a business is determined to be in violation of any city or national codes, it will be issued a summons and could be fined as much as $1,000. Compliance checks are similar to the process for alcohol compliance checks used on the state and federal levels: An underage person is sent into a business to attempt to purchase tobacco or vaping products.

On the federal level, action has been paused, at least for now. President Donald Trump proposed a ban on all flavored e-cigarettes in September but retracted the plan in November, saying he needed more time to study the issue, according to The New York Times.

Vaping products, when used as intended, have the potential to help smokers quit. The issue that lawmakers must solve is finding a way to enforce — or encourage — use as intended.

This article was produced in partnership with Y107’s “Youth Trend” program that aired December 17. At time of publication, a new study exploring the long-term effects of e-cigarettes was released.

Fun in the Sun 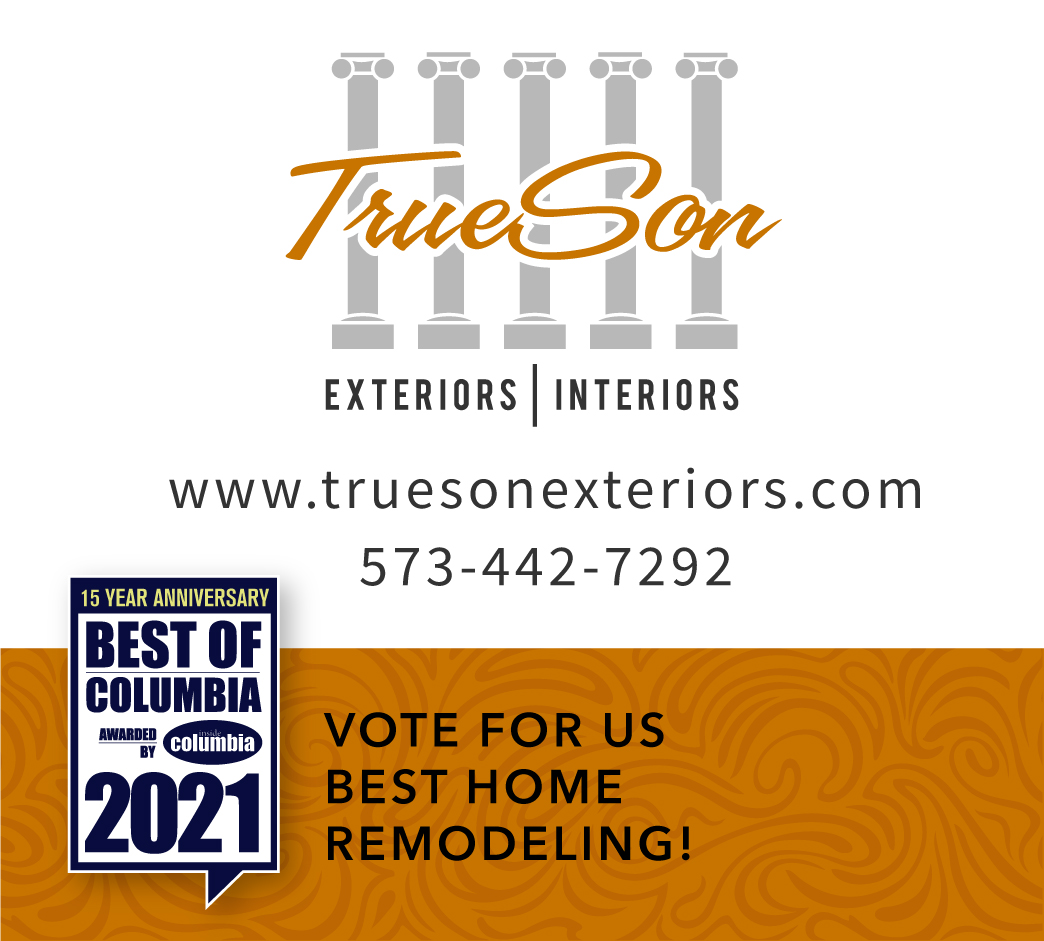 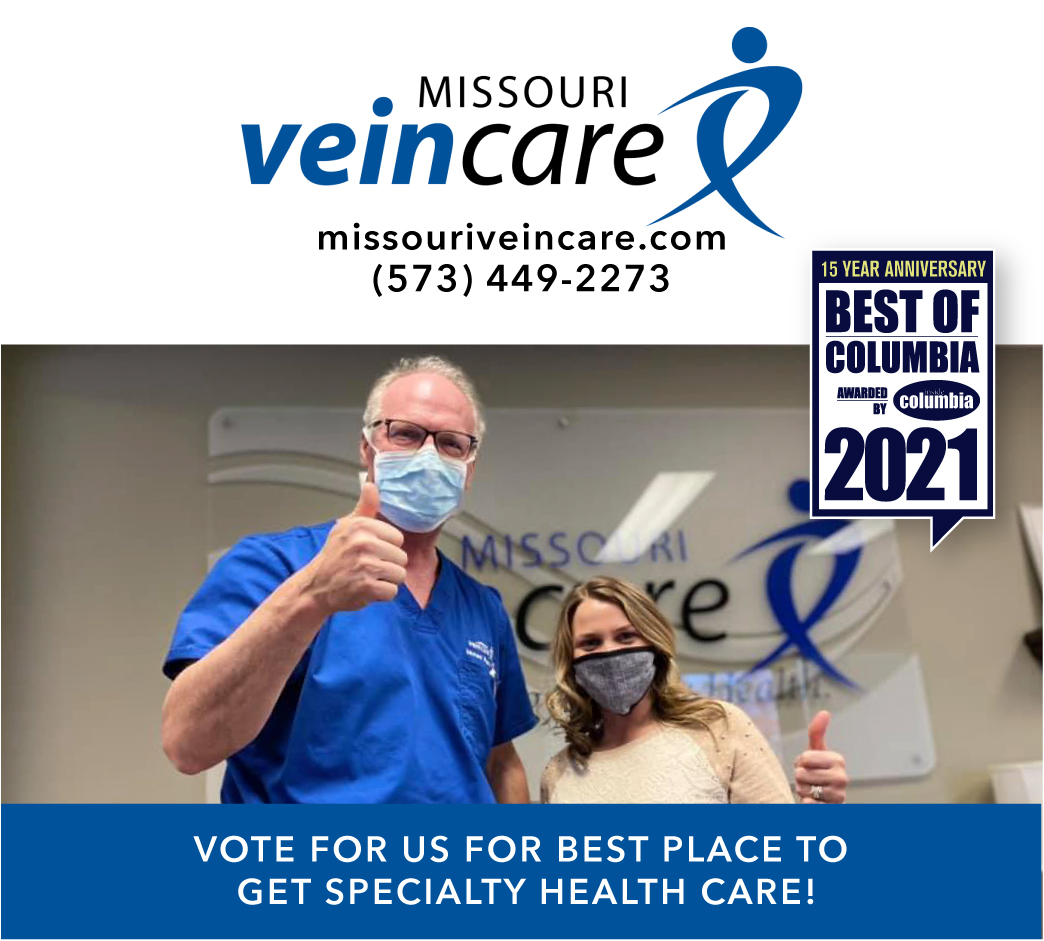 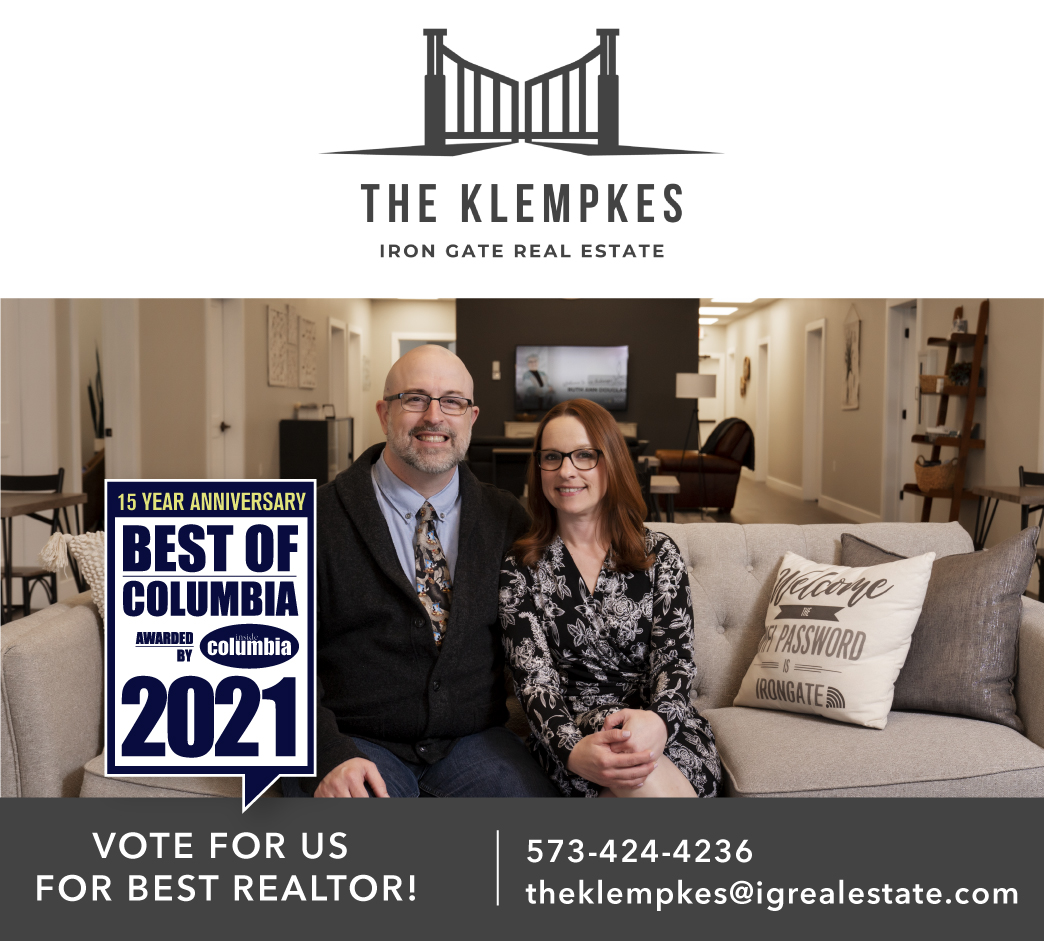 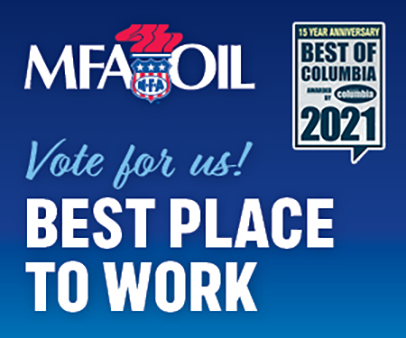