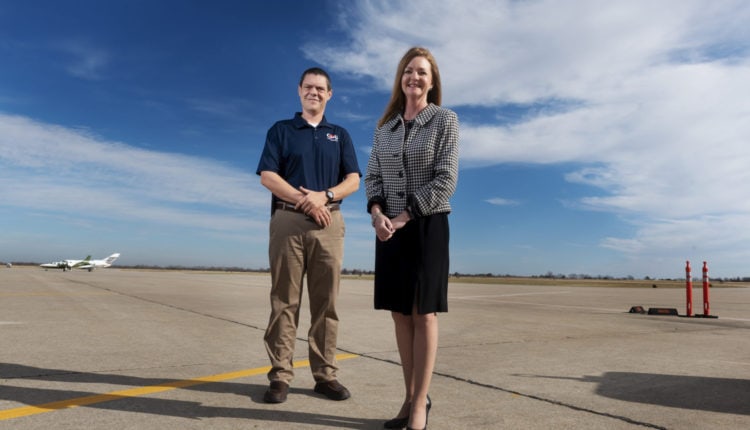 A new day and a new terminal are coming for the tens of thousands of people who fly into or out of the Columbia Regional Airport each year. In November, the Columbia City Council unanimously gave its approval for the design/build method of construction for Phase 1 of the airport’s proposed terminal. Phase 1 will be $20 million of the total project cost, which is estimated to be approximately $35 million. The terminal is scheduled to be open for passengers in June 2022.

“We are going to have a modern, accessible airport terminal,” says Stacey Button, economic development director for the city of Columbia and REDI president. Button has been looking forward to the new terminal for years. “The existing terminal is 51 years old,” she says. “Although it has 16,000 square feet, part of that space includes the three doublewide trailers that have been added to it to accommodate growth.”

The new terminal will be a giant leap in size and style from the old one that mid-Missourians have become accustomed to. The new terminal’s 60,000 square feet of space will be almost four times the size of the old one. It will include a restaurant, larger gate areas, boarding bridges, a more spacious concourse and a stylish, sophisticated interior. More parking spaces will be added and existing lots are expected to be paved in the future.

Michael Parks, airport manager, shares Button’s enthusiasm. “There will be so many more amenities in the new terminal — better accessibility and more room throughout. Currently our public seating area is taken up by the TSA. In the new one, we’ll have a precheck lane in addition to the regular screening lanes, and the wait-time passengers experience going through screening will go down,” he says.

Both Parks and Button are glad that the days of passengers having to walk onto the apron in inclement weather are numbered. “We’re going to have boarding bridges, which will make it more comfortable and much safer,” says Button. 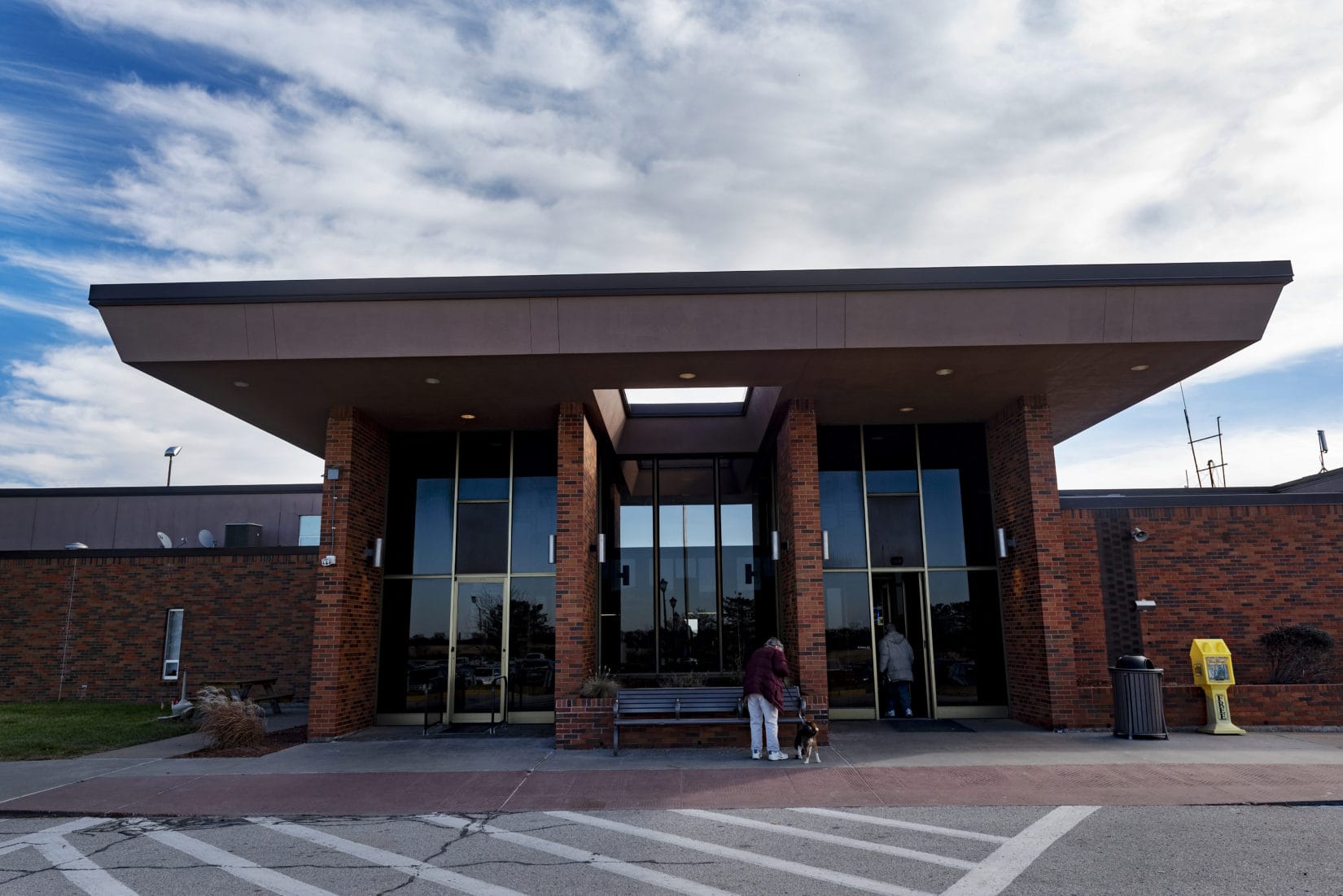 When the new terminal opens, the apron will include parking areas for four airplanes. Passengers will board the aircraft and deplane through enclosed boarding bridges. Initially, three boarding bridges will service the aircraft as part of Phase 1, but eventually a fourth one will be added.

The need for the new terminal is clear and undeniable. Button points to a chart that shows the number of people each year who fly out of the airport. She explains, “In 2007, we had 9,000 people flying out of Columbia. Fast forward to 10 years later and we had 90,000. And if you check last year’s numbers, we had 121,000. When you add in the number of people flying into the airport, we’re serving a quarter of a million passengers.”

The outgoing passengers not only come from Columbia but also from the airport’s 17-county catchment area. “Our reach is far and wide,” says Parks. “The people in those counties are our passenger base, contributing each and every day and on each and every flight.”

Currently two carriers — United Airlines and American Airlines — serve the area with 22 options each day, but the added capacity will allow the airport to handle even more passengers, more flights and more carriers. Before the new terminal is completed, the airport will have lengthened one of its runways, enabling larger planes to land and takeoff. “Currently that runway is 6,500 feet long. We are going to expand that to 7,400 feet,” Parks says. 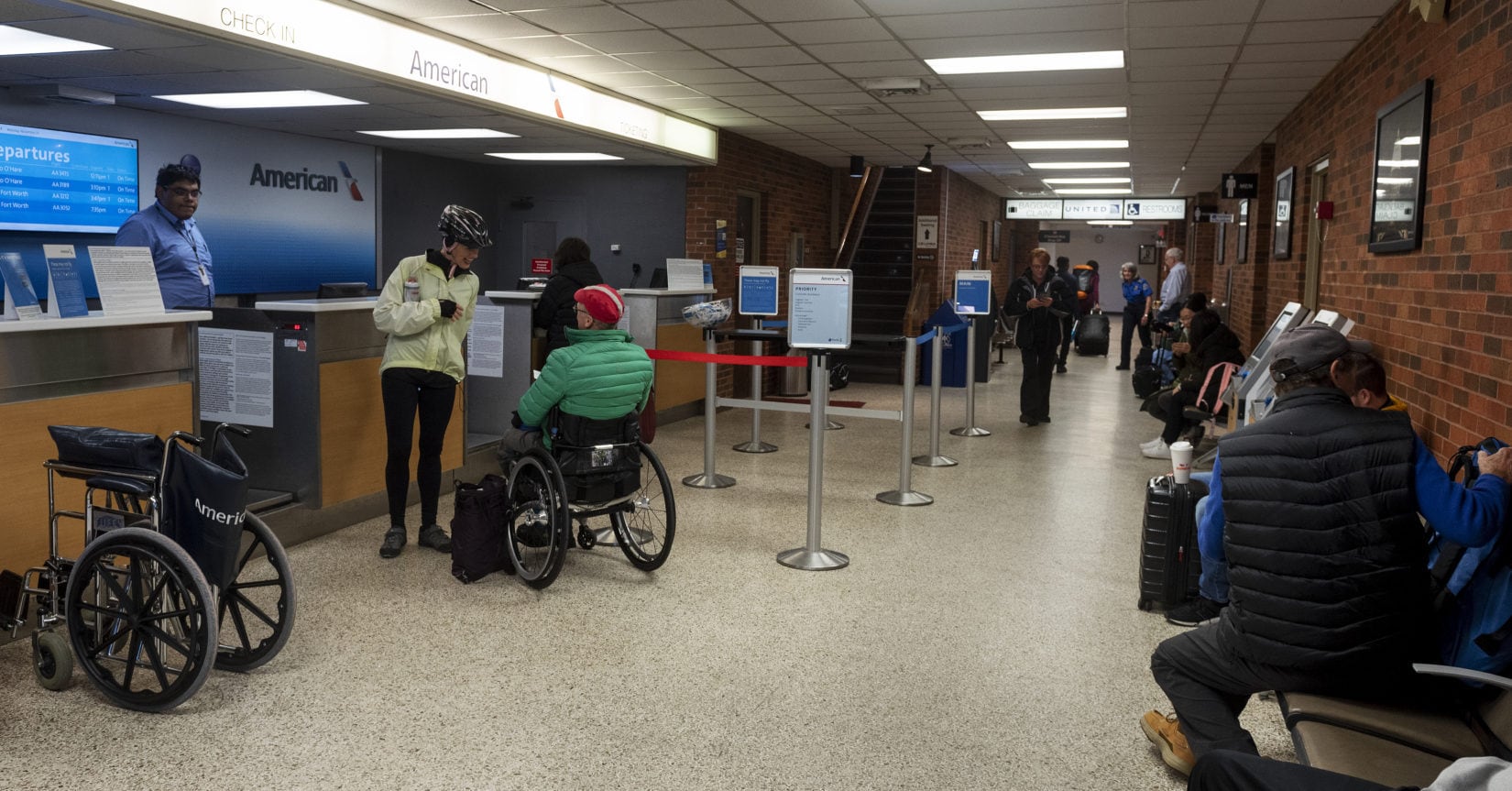 Although the design/build team for the new terminal won’t be selected until June, one thing is certain: Whatever design the City Council selects, it will be a vast improvement over the old terminal. It will look better, serve the needs of passengers and visitors better and give visitors a better image of Columbia. Because of Columbia’s Percent for Art program, one percent of the Phase 1 construction cost of the new terminal will be allocated for site-specific art. Artists from around the nation will be invited to submit their proposals for inclusion of their artwork as a feature of the airport. In addition, the city will have access to a large collection of local aviation memorabilia and historic artifacts. The design/build bidders are being directed to reflect the history of mid-Missouri aviation in their designs as interior features. “We also have a beam from a hangar that was used by Stephen College’s Aviation Department,” says Button. “The college started the nation’s first aviation program for women in 1944.”

Public input on the design of the new terminal has been sought over the past several years and anyone with any comments or suggestions is welcome to email Michael.Parks@CoMo.gov. This spring, when the field of proposed designs has been whittled down from five to three, the public will be able to see the different designs and provide more feedback. The City Council will make the final decision on which design/build firm will be selected for the project.

Funds for the new terminal come from a variety of sources. They include passenger facility charges, which pay for capital improvements projects at airports across the nation as well as Columbia’s, a temporary one percent hotel and motel tax, transportation sales tax, a special obligation bond, a designated loan from the city and federal grants.

Even before it’s completed, the new terminal will have a positive effect on businesses considering relocating to mid-Missouri. “Employers are always asking about air service. I know that for prospective businesses, it plays into their decision making. Whether they utilize the airport to fly to headquarters located in other states, or they have trainers coming into the area, the ease of coming in and out of Columbia Regional is very significant and a tremendous value to our area employers.”

Although the old terminal has been tolerable, it hasn’t done much for the image of mid-Missouri. That will change in June 2022. “The terminal will represent the entire region in a positive way,” Button says. “People flying here will be pleased when they arrive.”