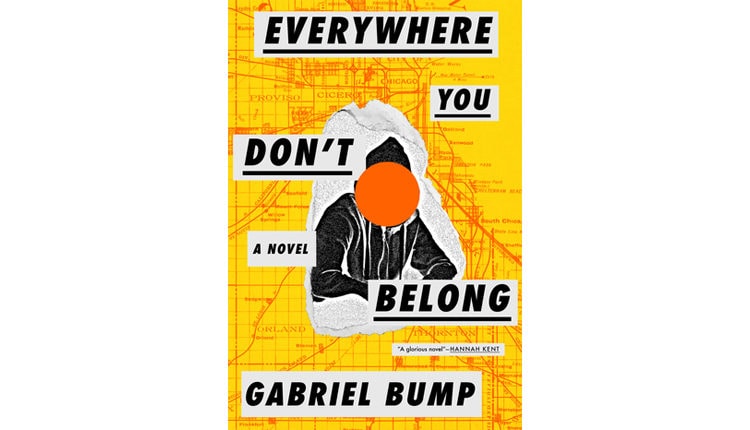 Claude McKay Love isn’t sure what he’s doing in Columbia, Missouri. The protagonist of Gabriel Bump’s gut-punch of a debut novel, Everywhere You Don’t Belong, Claude knows nothing of Missouri. His world revolves around Chicago’s South Side — specifically Euclid Avenue, where Bump himself once spent his mornings walking to the Jeffrey Local bus stop, headphones in, mind miles away. Raised by his grandmother and her beloved but troubled friend Paul, Claude applies to MU without his family’s approval, to which Paul responds: “All they got in Missouri is barbecue and guns and backward politics.”

That’s the kind of sting even the most hard-hearted, homegrown Missourian can’t help but chuckle to hear. Bump employs this staccato, hyperbolic humor with fine-tuned precision. It’s purposefully eyebrow-raising; it’s so true it bites.

Despite Paul and Grandma’s insistence that going to Columbia is the wrong choice — “I’ll let you come right back when everything goes wrong,” Grandma says — Claude needs to leave. He’s tired of being left. His parents both left him when he was young. Most of his friends have faded from his life or been sucked into the violence of the South Side. In a basketball cage, he’s beaten and hospitalized. At a friend’s party, he’s forced into a gladiator-like fighting match. These episodes are somehow both upsetting and detached as Claude drifts from one year to the next.

Finally, as a young teenager, Claude watches the South Side explode with riots, led by a local gang known as the Redbelters. A black boy like Claude is shot and killed by police, and the
Redbelters respond with their own bullets. Led by a towering figure named Big Columbus, the Redbelters and police clash in a scene all too reminiscent of infamous real-life race riots.

Claude, innocent and terrified and a stand-in for every kid in Chicago somehow caught in the middle, watches the streets turn apocalyptic. Fires roar, windows break and sirens drown out all sense.

But Claude tries to escape, years later, to Columbia. He arrives at MU to study journalism and work at the fictional student newspaper, The Prairie Executioner, where the eccentric faculty and staff want him to helm a “new diversity project.” Although the only other black student on staff points out this is “messed up,” he begins to work on the project and tries, slowly, often unsuccessfully, to settle in at the school. But he craves Chicago, or rather the feeling of Chicago, the very place he swore “doesn’t want us.” When an old friend from childhood shows up at his dorm, he is swallowed back into love and heartbreak and danger.

Bump’s poignant, practiced comedy serves as a foil, contrasting the pain of Claude’s childhood with the everyday oddity of growing up. “I think drama and humor work really well together,” he explains. After spending two years at MU himself, Bump transferred to the School of the Art Institute of Chicago, where his undergraduate thesis became one of the early chapters of Everywhere. He later honed his witty, rhythmic voice for the jab-like sentences that make Everywhere so compact but overwhelming.

The book is divorced from autobiography, but it is not divorced from reality. Bump wrote this story as an amalgamation of his own observations — the wake of President Obama’s election, the aftermath of the Ferguson protests — and sought his own depiction of what his MU classmates called “Chiraq.” He wanted readers to see the city as it really is: threatened by violence but filled with everyday kids, riding the bus to school and trying to understand where they belong.

Claude’s circumstances are extraordinary, but he is a heartbreakingly ordinary, average kid. He is lost and funny and floating, searching for home and finding, maybe, unexpectedly, peace.