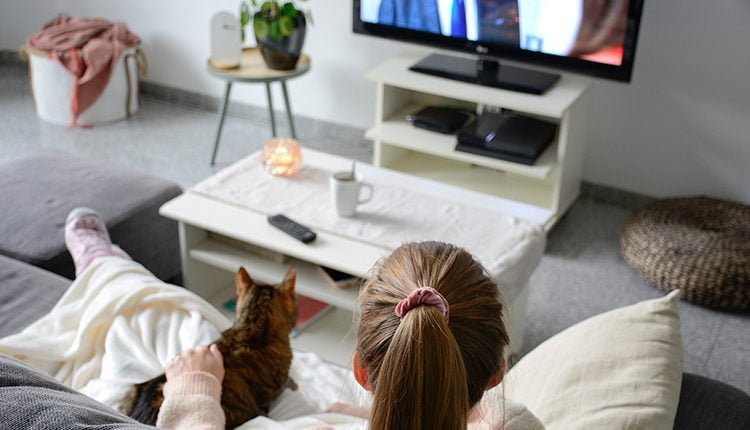 Binge the Blues Away

Win the Fight Against Boredom

It doesn’t matter if you’re a die-hard Netflix fan, an Amazon Prime-watcher or a Disney-plus subscriber, chances are you’ve binge-watched at least one series since the inception of streaming services. Don’t worry, we’re not judging. In fact, we’re big fans of grabbing a bowl of popcorn and curling up on the couch … for several hours. If you’re looking for a new series to get hooked on, check out our staff recommendations and reader picks. Try something new — from the comfort of your home.

Stand By Me
“This is a classic throwback to my childhood. It reminds me of all of my first friends and our own adventures. Granted ours never involved going to find a dead body, but the storylines in the classic always make me think of great times and summer escapes.”
–Cosmo, Y107 personality

The Goonies
“It just has all the best parts of any movie! Action, adventure, friendship, romance, danger, pirates and treasure!”
–Stefanie Joseph, operations assistant

Yellowstone
“Hosted on Paramount Network, “Yellowstone” is like The Sopranos, except with cowboys. It has drama, action and mystery all wrapped into one easy-to-get-hooked-on show.”
–Scotty Cox, Clear 99 radio personality

This is Us
“It’s a family story line that is mostly in the present, but has flashbacks of their pasts, as well as glimpses of their future. Because of this, it’s a great show to get hooked on because you’re constantly getting little clues. It’s a great family drama that will have you empathizing with the main characters — laughing with them, grieving with them and cheering them on.”
–Victoria Brees, event planner

The Magicians
“This show always makes me wonder what’s going to happen next, and I think about it on and off until the next season is released. The premise centers on ‘What if magic were real?’ but it’s used by ordinary people. Like most shows based on popular books, the writing is good and it’s very entertaining.”
–Harley Baker, engineering

Fight Club
“With a wild plot and great acting, I seem to notice something new and different each time I watch this movie. It’s a real mind game trying to figure out exactly what’s going on — the perfect way to spend a couple hours.”
–Nick Rasmussen, marketing consultant

Downton Abbey
“The costumes, drama and characters are all outstanding!”
–Nancy Adrian

Big Little Lies
“Besides the most fantastic cast, I really love this show because it showcases the difficulties of working moms, real relationship issues with friends, spouses and your children. The characters are so well built in the first episode that it leaves you eager to know more. I was hooked. It also has one of the best soundtracks I’ve heard lately!”
–Nicole Calvert