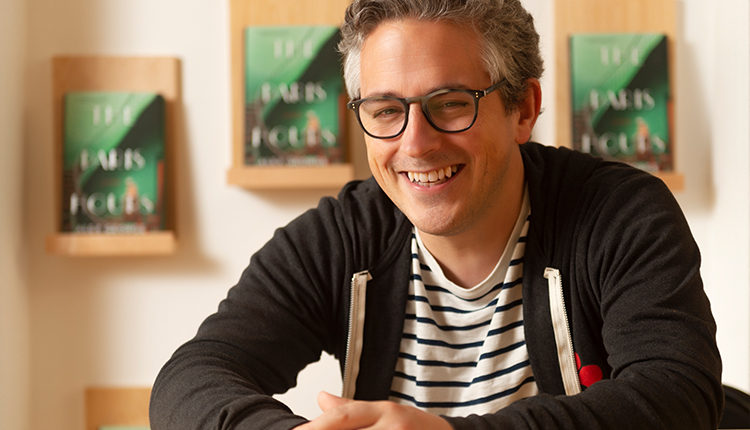 Author Posits What Could Have Happened in 1927 Paris

“You’ll think of The Paris Hours for many hours after you’ve finished it, haunted by its shocking ending.”

Paris in the 1920s was a magnet magnifique, attracting all manner of artists, both acclaimed and aspiring. It hosted the likes of literary legends such as Ernest Hemingway, Marcel Proust and Gertrude Stein, musicians such as composer Maurice Ravel and some of the era’s pre-eminent entertainers such as dancer/singer Josephine Baker. It’s against this backdrop that Alex George places the four main protagonists of his latest work, The Paris Hours.

Unlike the famous names with whom their lives will in some way intersect, George introduces us to four fairly ordinary people, each plagued by their own sort of private pain. Through flashbacks we learn the quartet’s histories and how decisions they’ve made — or haven’t made — have led them to this single summer day in 1927. 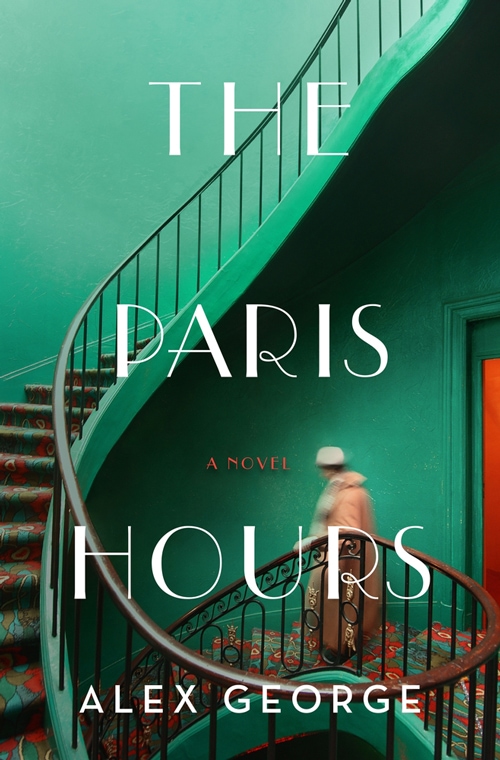 We first meet Souren Balakian, an Armenian refugee who makes a modest living as a children’s puppeteer in the parks of Paris, speaking in his native tongue as he performs. His dark puppet shows certainly don’t have happily-ever-after fairy tale endings. Will his story have one? We learn of his life back in his village in eastern Anatolia, of his family, mother and father and younger brother, Hector. We hear the story of his harrowing escape from his war-torn homeland and how he was at one point taken in by a kindly couple in a French village — a chance encounter that would set him on his path to becoming a puppeteer.

Next, George introduces us to Guillaume Blanc, an aspiring painter who’s deeply in debt and fearing he’ll have to pay with his life — until art aficionado Gertrude Stein comes into his studio one day. Could her patronage change everything? We learn of Guillaume’s fascination with a circus trapeze artist named Suzanne Mauriac, whom he used to watch from afar then return to his studio to paint, and how they would then meet in person a year later. Her offer to model for him would lead to much more between them.

Then there’s Jean-Paul Maillard, a widowed journalist who dreams of a life in America after meeting and reporting on American troops who had come to France to fight in the war. He fought in the war as well, on the Western Front, but despite the horrors he witnessed there, his own worst nightmare doesn’t occur until after he’s returned home and he and his wife, Anaïs, have welcomed their baby daughter, Elodie. Writing other people’s stories has helped keep him distracted from the tragic tale of his own. Yes, he dreams of America. But he will never leave Paris, and we learn why.

The final member of the foursome is Camille Clermont. She and her husband, Olivier, operate a modest hotel on Rue des Canettes, where they live with their 10-year-old daughter, Marie. Camille works there as a maid, but she was once employed as a maid by Marcel Proust. More than a mere maid, however, she would also become his confidante. We learn that he one day asked her to burn his 32 notebooks, but she secretly kept one. Now it’s no longer in her possession. Can she retrieve it? Or will her betrayal of her employer’s trust and wishes be revealed?

A colorful cast of other Parisians also populates the The Paris Hours and adds an authentic texture to its tone as they go about their daily lives and interact and intersect with the four main characters. Some, including prostitute Thérèse and enamored art dealer Emile Brataille, play pivotal parts. Others, such as little Arielle, the daughter of Souren’s neighbor, prove to be more inextricably woven into the tapestry of George’s narrative than we first realize. What emerges is a rich and vivid portrait of Paris at that time, in all its glittering glory, with George playing practiced tour guide when describing certain city districts, cafes, fromageries and other haunts of its inhabitants. Small details — for instance the mention of a specific type of cheese, a Saint-Nectaire from Auvergne — help transport you there as well.

Ultimately, George’s carefully choreographed encounters between all the characters reveal just how interconnected they truly are and set the stage for the climactic conclusion. You’ll think of The Paris Hours for many hours after you’ve finished it, haunted by its shocking ending.