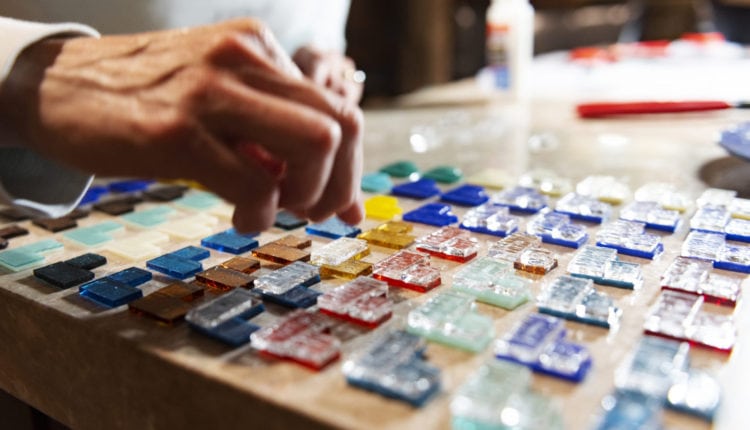 Michele Spry takes giving back to heart. The business she and her husband Brandon run, Midway Electric, Inc., is a Partner in Education with Midway Heights Elementary School and she’s also involved with Central Missouri Honor Flight and Honor Everywhere. In addition, three years ago, she donated her wedding dress to Real Imprints through the Angel Gowns Project, which repurposed it into free infant gowns for babies who have passed away in Neonatal Intensive Care Units. The majority of those were distributed to Boone Hospital Center and a number were was donated to the University of Missouri Women’s and Children’s Hospital. “Being able to give back makes my heart happy.” Spry says.

So when the COVID-19 crisis arose, she had an idea. What if she created fused glass hearts to give to people working at Boone Hospital to let them know that someone cared about them and appreciated their efforts? She was already well-practiced at creating fused glass pieces to sell on her Etsy business, Midway Mercantile Co, and had plenty of scrap glass. After doing a few test runs she reached out to her friend and Boone Hospital Trustee Jan Beckett, who connected her with Yvonne Gibson with Boone Hospital Foundation. When Gibson told her there were 2,089 staff members, Spry was taken aback. 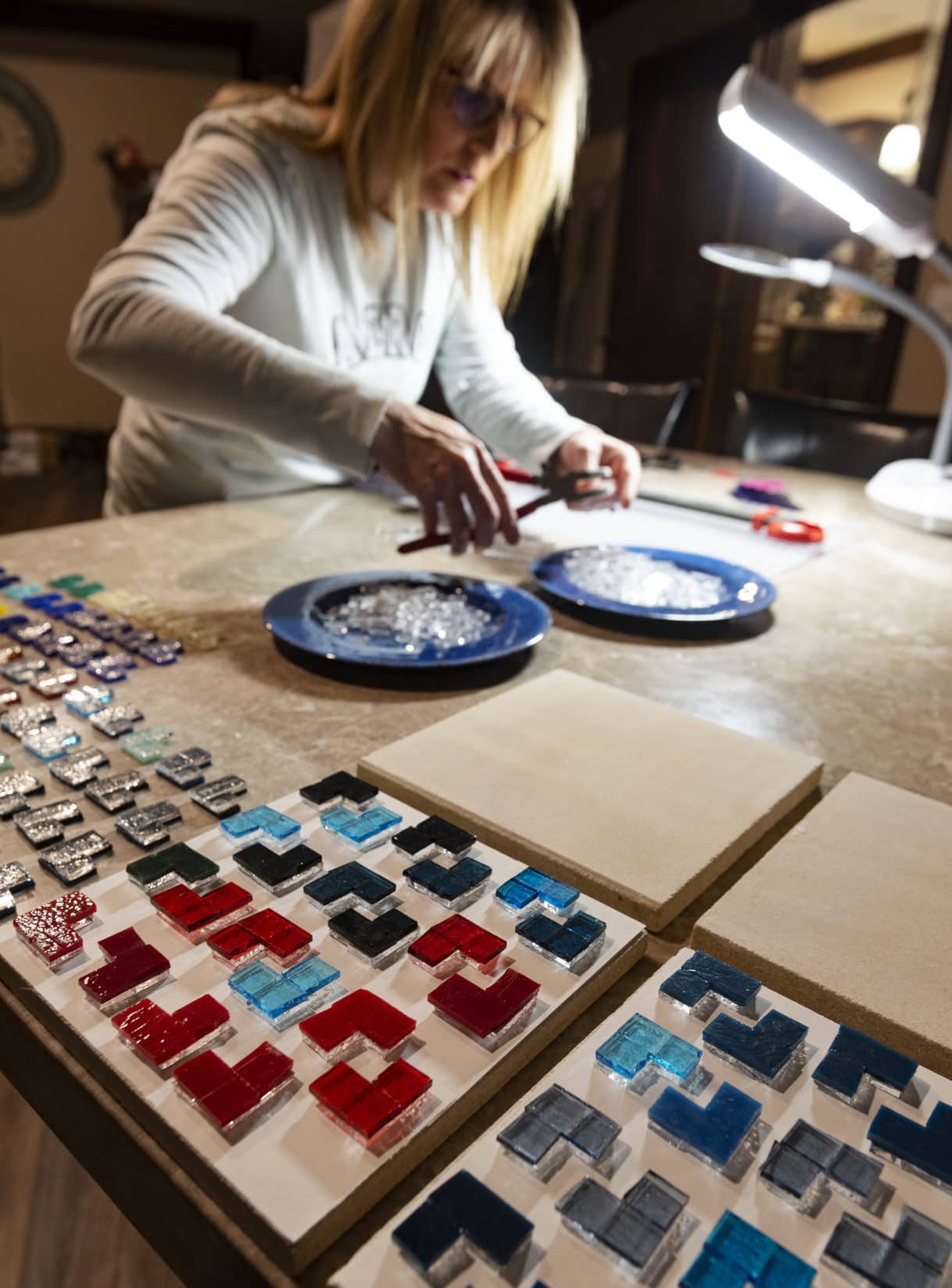 “I’m not going to lie, it was a shock to hear that amount but I told her I would get it done and have to donate them in waves. I didn’t want to pick a certain group or team to donate to because every single person at Boone Hospital has a crucial role to the success of its daily operations,” Spry says. “Everyone from housekeeping up to the CEO has a role each day and working together allows them to care for their patients. I felt like I couldn’t leave anyone out so that’s the reason I decided to make 2,089!”

Due to the pandemic, she knew she would need to put each heart in its own plastic bag, and she reached out to Brian at Witt Print Shop to print small cards to be placed inside. When she went to pick the cards up, he told her there was no charge. He loved her idea and wanted to help.

Spry learned about fused glass by taking classes taught by Cindy Mutrux at Rocky Port Art Studio & Gallery in Rocheport, in late summer/early fall of 2018. She fell in love with the process and decided to purchase her own glass kiln and launch her Etsy business early the next year.

She works mainly freehand, without using molds, on each unique piece. Her kiln can hold 16-20 of the hearts in one firing, and she can prepare of batch for firing in about 20 minutes. But each heart requires two 4-hour firings, with a cool down period of the same duration after each firing. It’s a time-consuming and labor-intensive process, but for Spry, it’s a labor of love.

And it’s one that took a personal turn for her when her Aunt Judy suffered a heart attack while the project was in full swing and was taken to Boone.

“I truly appreciate the staff at Boone and what they are doing every single day but especially during COVID-19. You realize how passionate they are about their patients and going above and beyond to give enough information while remaining calm. I was able to see my Aunt for about three minutes before she was sent to ICU and I am so thankful for this. It’s hard not being able to be by their side and trusting anyone that comes in contact with them to give them a little extra love during this crazy time. We are all in this together and these little hearts may seem like nothing, but I have put my heart and soul into making each one of them,” she says. 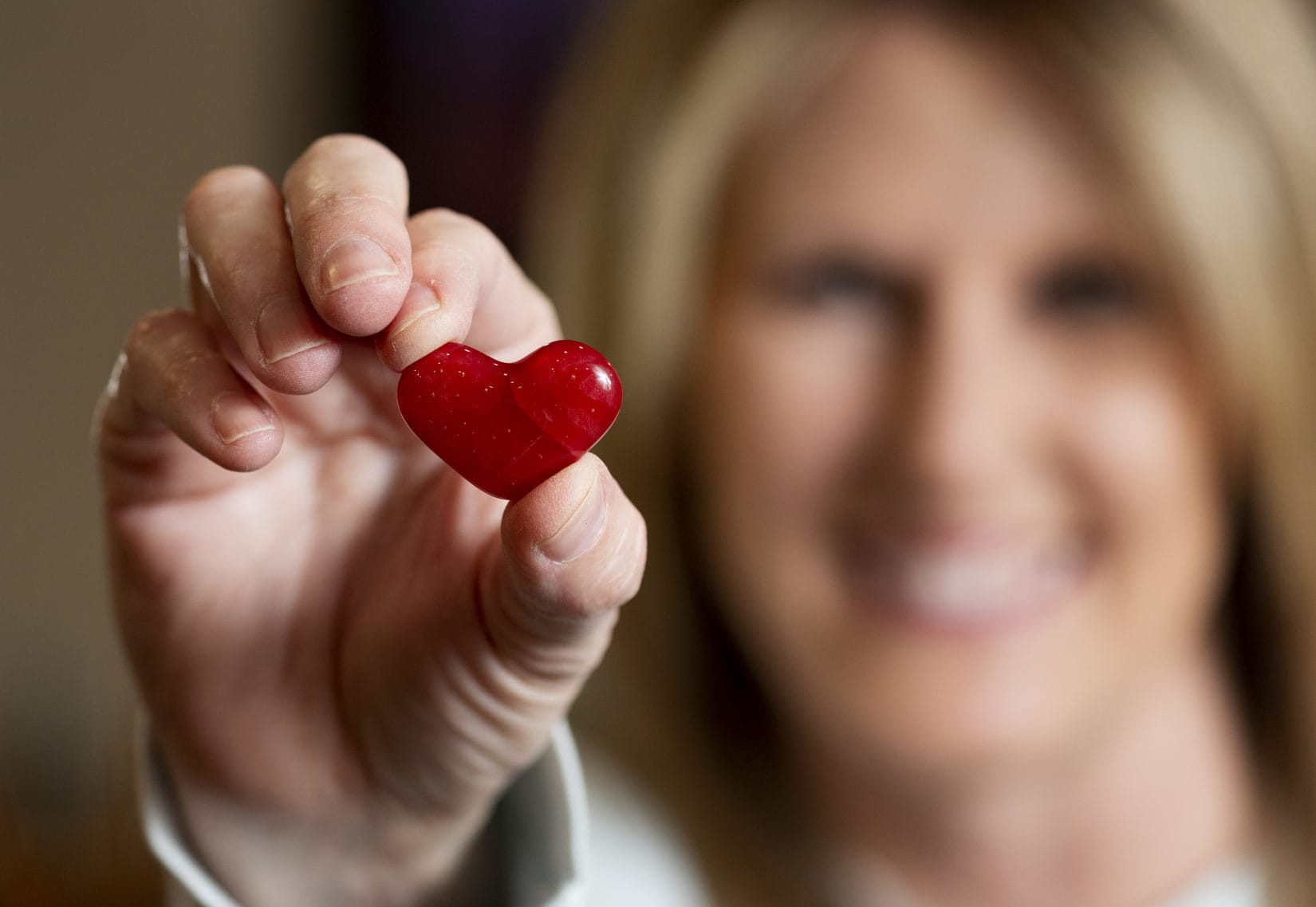