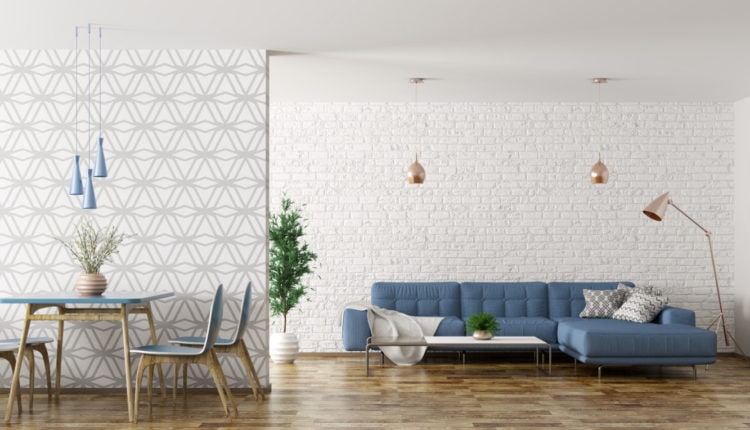 Chances are if you self-isolated because of COVID-19, you had a good, long look at your home’s interior. If you’ve found some things that need to be updated, you’re not the only one.

“I’ve gotten calls from clients saying they’ve had a chance to look around and evaluate changes in their home’s design,” Ed Rohlfing, a designer at Putnam’s Studio1012 says. “I think being at home for long periods of time is definitely an incentive to evaluate changes.”

When it comes to updating your home’s look, there are some major new trends to keep in mind.

Overall, minimalistic design styles are still being used, Rohlfing says. “but we now see people looking for a pop of color or pattern to update their home’s design as well,” he says.

One way to update the minimalistic look is to add a patterned tile to your home. Rohlfing recommends adding in a classical tile pattern to your kitchen backsplash, bathroom floor or shower. “The trendier patterns we’re seeing have a certain classicism that is reminiscent of European influences,” he says.

Another way to add pattern is with wallpaper. Wallpapers were out of vogue a number of years, Rohlfing says, but now the wallpaper options are exploding and practically endless. “We’re seeing a lot of patterned wallpapers in geometric prints, traditional patterns and textured weaves, for example grass cloth, has also made a comeback.”

People aren’t just breaking minimalism with patterns, they’re also adding in bright colors to their home’s interior. Color doesn’t have to be overwhelming though, Rohlfing says. “It can be a pop of color in a fabric or an accent wall to just break up the space,” he says. Oftentimes people choose accent colors similar to Pantone colors, which are often bright, bold colors that are deeply influenced by trends in the fashion world.

“This resurrection of color is intense compared to the past minimalistic non-emphasis of color,” Rohlfing says. “Columbia is fortunate to have such a large international community that brings trends and newness into the design community. European influences are really introducing strong colors such as fuchsia and turquoise, and they’re also being used in architectural elements. I have a client who had exposed metal beams in their home painted a bright raspberry for a pop of color.”

If raspberry exposed beams sound like a little much for you, you’re not alone either. “Locally a lot of people still like that off-white interior and grey pared down look, but they can add in accents of color to update that look,” he says.

One thing Rohlfing always recommends to his clients is to include one to two pieces of quality bench-made, or bespoke, furniture or cabinetry in every design. “These pieces give integrity and longevity to any design, and can also offer a point of historic interest,” he says.

Quality and functionality are two things that are staying from the minimalism trend. “Many of my clients want a functional living space that is space-efficient and doesn’t have superfluous decorative details,” Rohlfing says.

One way to add such functionality is by incorporating a living space into the kitchen area. A kitchen living space often features a comfortable seating area, a fireplace and low coffee table. “Think of it as an extension of the kitchen,” Rohlfing says. “It’s a perfect place for kids to play while dinner is being made.”