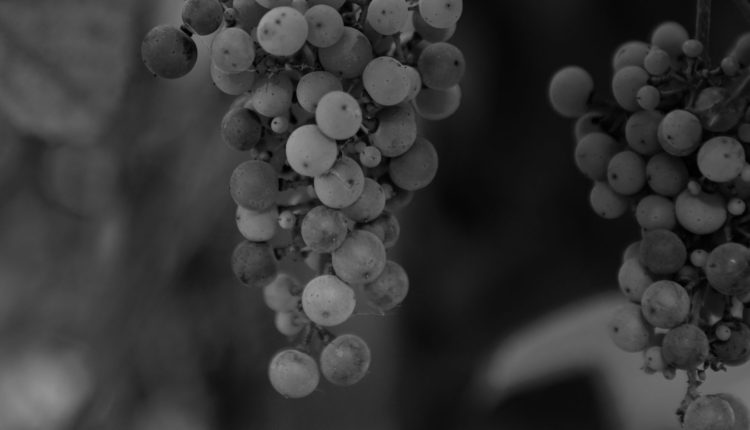 Whether you’ve been to Napa every year since you can remember or still prefer Moscato as your wine of choice, chances are you’ll find a Missouri wine you love.

Missouri’s wine-making history began in the 1850s in the Hermann area and expanded in the 1870s as Italian immigrants founded wineries near St. James, according to the Missouri Wine and Grape Board. Missouri’s rapidly expanding winery ventures were shut down during Prohibition, and much of the equipment and vineyards were destroyed. Fast forward through that dark time to the 1960s and 1970s, when families slowly began reopening and founding new wineries, and to the 1980s, when the Missouri Wine and Grape program was established. The program helped wineries get back on their feet and established American Viticultural Areas (AVAs), which “allows vintners to describe more accurately the origin of their wines and helps consumers identify the wines they may purchase,” according to the Alcohol and Tobacco Tax and Trade Bureau.

During this century, the Norton/Cynthiana grape variety was recognized as Missouri’s state grape, Missouri’s 100th winery was founded and the economic impact of our wineries grew dramatically. A study in 2017 found that the wine and grape industry in Missouri generates $3.2 billion and provides 28,052 jobs. It’s no wonder Missourians love their wineries.

We discovered in the process of discussing this story that most of us had never been to some of Missouri’s most well-known wineries. We set out with pluck, courage and a lot more patience to try them all. Our girls’ trip turned into something of a gaffe after discovering that Hermann’s historic roads flood during heavy rain — and that washed-out roads can cause flat tires. In summary, we sipped, slipped and surveyed some of the best wineries in the state. — of course while taking steps to social distance.

Our first stop was Stone Hill Winery in Hermann, which was established in 1847. Before Prohibition, it was the second-largest winery in the United States! During and after Prohibition, the winery’s cellars were instead used to harvest mushrooms until it was bought by the Held family in 1965. Since then, it’s become Missouri’s most awarded winery and is on the National Register of Historic Places.

The drive up to the property is beautiful as you pass rows of grapevines and park in front of the restaurant, with the tasting room and gift shop located just behind. Wine tastings are $12 a person for six wines, and you get to keep the Stone Hill embossed wine glass as a souvenir.

The lodge-like interior of the tasting room was a welcome change from the dreary weather outside and felt homey and warm.

We purposely chose to taste different wines from one another, to broaden the variety we were able to try. Among the dry options, we tasted the Chardonel, Reserve Traminette, Ozark Hellbender, Norton and Hermannsberger. The Chardonel was a rich and complex dry white that’s aged sur-lie (French for “on the lees,” meaning it’s kept in contact with the dead yeast cells while aging) in small oak barrels. Our server told us the winery staff calls it “Paula Dean in a glass” due to its significant butteriness.

The Reserve Traminette had a “sour apple” flavor that was light and not overly sweet.

We felt compelled to try the Ozark Hellbender largely because of its unusual name. Turns out, all the grapes in this red blend are grown in The Ozark Mountain AVA located in northwest Arkansas, southern Missouri and northeast Oklahoma, and that a hellbender is a species of giant salamander. A portion of the proceeds from every bottle is donated to the St. Louis Zoo and hellbender conservation.

In the sparkling category, the Demi-Sec had a strong citrusy smell evoking fresh melon. The honeysuckle and sweet Meyer lemon flavors from the Muscat grapes were pronounced and easy to taste. It was refreshing and sweet but not overly so, and didn’t leave a lingering sweet taste.

Finally, from the sweet selections we tried the Blackberry and the Moscato. The first had a distinct “jammy” smell and was a bit syrupy in its taste. Our server said it’s popular poured over ice cream. The Moscato had a sweet flavor that evens out as you drink and didn’t leave a sweet aftertaste. It was less bubbly and had a higher alcohol content than a typical Moscato.

After imbibing a little, we decided to fuel up at Stone Hill’s restaurant, Vintage Restaurant. The food ranges from traditional German fare, including Schweineschnitzel — German pork schnitzel — and German sausages, to traditional burgers and salads. The Reuben and warm German potato salad were spot-on, and those of us who were craving comfort food loved the battered fries and double-patty cheeseburger.

Next, we drove just a short way to Hermannhof, also in Hermann. Originally founded in 1848, its stone wine cellars and main building are on the National Register of Historic Places. After a long pause in winemaking due to Prohibition, Hermannhof Cellars was purchased by the Dierberg family and production began anew.

The main building’s interior has a rustic hunting cabin feel, especially in the dining area, which also hosts a huge stone fireplace for cooler days and mounted antlers from a variety of wildlife. The building is split into three parts: the deli, with snacks and meals such as German sausages, sandwiches and cheeses; the dining area, with seating and the cozy fireplace; and the tasting room, which also hosts the gift shop.

Tastings are $8 per person and include six wines. As at Stone Hill, we tried to taste different wines from one another, but because Hermannhof produces fewer varieties we found we did double up a bit. We sampled their Chardonel, Vidal Blanc, Norton, Vignoles, Germantown, Raspberry Rapture, White Lady of Starkenburg, Stagswood Red and Chambourcin Vin Gris.Overall, we noted Hermannhof’s wines all tended to be a little on the sweet side, perfect for anyone with a love for wines similar to Riesling.

The Raspberry Rapture definitely delivered on the raspberry front, tasting strongly of the fruit. We also enjoyed the Chambourcin Vin Gris’ dry, mild flavor with fruity hints. The White Lady of Starkenburg had sweet citrus flavors and a mild aftertaste. Made in the style of a fine German Riesling, White Lady is Hermannhof’s perennial bestseller.

Unfortunately, before reaching St. James, we got a flat tire on a gravel road and ended up on a doughnut spare headed to the nearest tire repair shop in Owensville. Shout-out to the very kind gentleman who stopped to help us put on the spare! Thankfully a few of us at the magazine had been to St. James before. The winery sits right off of historic Highway 66 and was founded in 1970. It is known for its sweet wines, including fruit varieties such as strawberry and peach.

The tastings are $5 for five wines. Our favorites include the Concord, which tastes a lot like Welch’s grape juice and is made from the same grape variety; the Cynthiana, a dry red with notes of stone fruit and berries; and the Vignole, a semi-dry white with pineapple notes. We were told it’s best served with cheese and couldn’t agree more.

After our original trip was cut short, we made another excursion to Holts Summit to check out Canterbury Hill the following week. The winery’s location on top of the bluff makes for amazing views and a fantastic group hangout or date night spot.

Canterbury Hill’s wines are named after the venue’s theme — medieval times. Tastings are free for two wines, then you have the option of three different “sample towers” with four wine samples each: the King, a sweet wine selection; the Queen, a sweet to semi-sweet selection; and the Prince, with semi-dry to dry. Being dry wine lovers ourselves, we went with the Prince but threw in a sweet sample for good measure.

The Excalibur, a dry red, has a medium body and notes of black currants and cherry. The Medieval Mist, a dry white, isn’t aged in oak, which makes for a lighter blend and tasting note. We found it somewhere between a Chardonnay and Pinot Grigio. As with most Missouri wineries, Canterbury Hill has a Norton. It was slightly sweeter than most of the Nortons we tried. To round out the Prince Tower, the Red Towers is a semi-dry red that reminded us somewhat of a Pinot Noir with its lighter color and medium to light body.If you’re a fan of sweet wines, this is definitely the place to be. Their sweets range from the King’s Choice, a semi-sweet with fruity notes that has won multiple awards, to the Ma’Lady Pink, a rosé with notes of strawberry and rhubarb.

The winery also serves traditional bar food, such as spinach artichoke dip and nachos — along with steaks — as well as beer and mixed drinks.

If you live in Columbia and haven’t been to Les Bourgeois yet, grab your keys, get in the car and make the 20-minute drive. We promise it’s worth it. Whether you’re sitting outside at the A-frame enjoying a warm fall day or inside at the Bistro overlooking the river, it’s always the perfect little not-so-far getaway. That’s one thing these last two wineries have in common: a breathtaking view.

The A-frame offers outdoor seating, wine for purchase and snacks such as the picnic basket with a selection of meats, cheeses, fruit, bread and crackers or pretzel bites with honey mustard. It’s the perfect picturesque scene for a girls’ outing or for date night with the significant other. For wine tastings, head to the tasting room, a little more than a mile from the Bistro and A- frame.

Les Bourgeois’ tastings range from $10 per person for eight wines and a glass to $20 per person for 16 wines and a glass. Some of our favorites are the Jeunette Rouge, a medium-bodied dry red that’s extremely versatile, and the Chardonel, a traditional Missouri varietal that has a full-bodied, dry finish. The aptly named Rocheport port is also excellent
with chocolate.