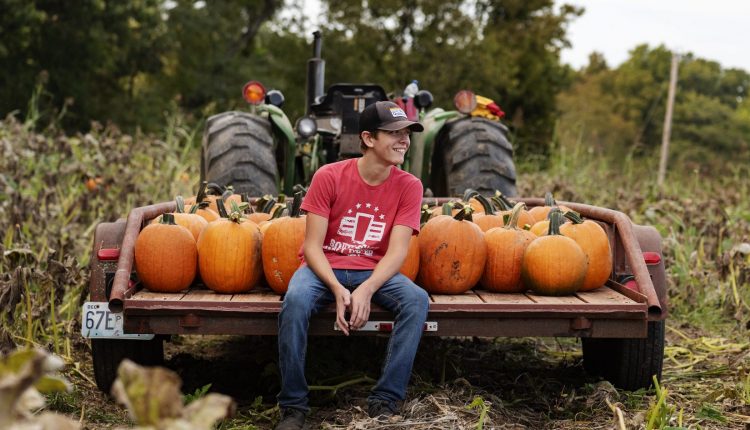 It was a friend who first planted the seed for the idea. After hearing how much fun Jacob Leffert had growing pumpkins, RJ Bechtold decided to plant a patch himself, and got permission from his Dad to use a one-acre plot behind his family’s business, the Midway Truck Stop. It seemed like the perfect pandemic project for the Rockbridge Senior High School freshman, and he figured he could a earn a little extra money, too, selling his pumpkins from Truck Stop’s Antique Mall and gas station, as well as from hay wagons and an old ‘59 Ford F-350. There was even another plus: “It also occurred to me that deer and turkey like pumpkins,” Bechtold said, “so I figured as an added bonus, that would help with our hunting!” 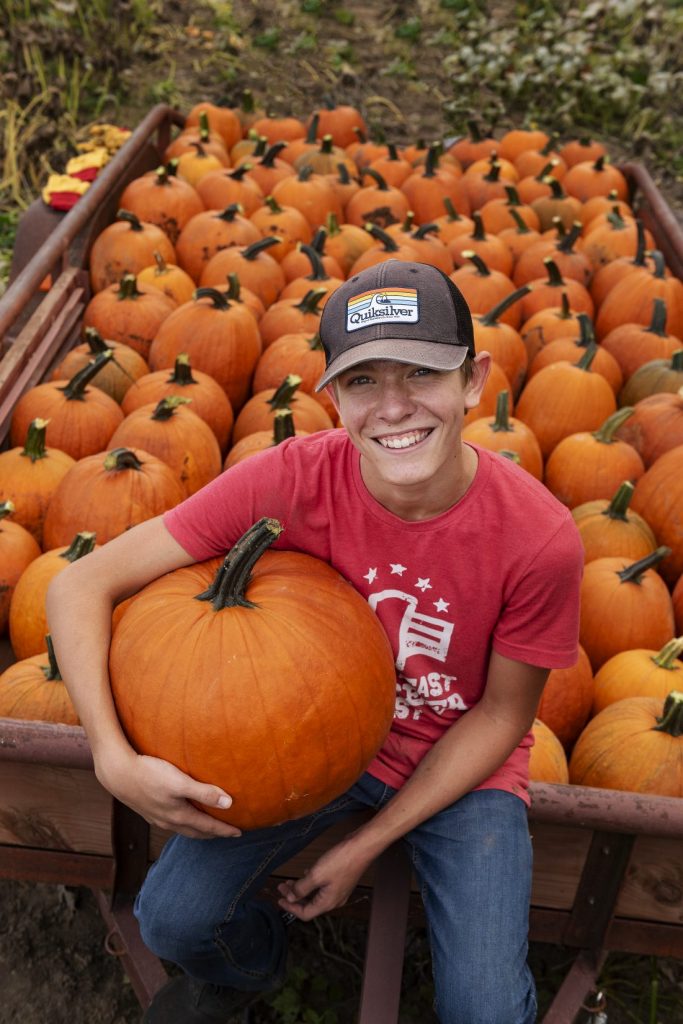 Although he had the benefit of his pal’s pumpkin prowess, he had absolutely no personal experience growing plants himself, so his venture required a lot of research. “I had to learn how to run a farm from scratch,” Bechtold said. “I learned that I enjoy growing plants and discovered the most rewarding part of farming is seeing how much bigger the plant has grown each week.”

His biggest initial challenge was killing off the old grass on his plot, and he needed to  hire someone to disc it up. He then planted 2,200 seeds, give or take, near the middle of June, and he ended up having to thin things out and remove about 200 plants after another friend of his, Newell Kitchner, deemed they had been planted too close together. Once he had sprouts, his Dad drove their tractor and used their own somewhat old and rickety disc between the rows.

With no watering system installed at first, Bechtold had to rely on the rain. Luckily, pumpkins only need a few inches of rain every week and Columbia was getting that back in June. In July, he installed drip irrigation because, he said, “pumpkins do best with that system.”

Weeding was another critical part of  his caretaking. “At the start of my patch I was weeding weekly but later on the pumpkins started to take over all the other plants, so I had less weeding to do,” Bechtold said. He also had to spray fungicide and insecticide weekly in August to prevent and stop bugs and fungus from killing the plants. Powdery mildew proved a bit of a problem, but the largest threat to his crop was undoubtedly prowling predators. 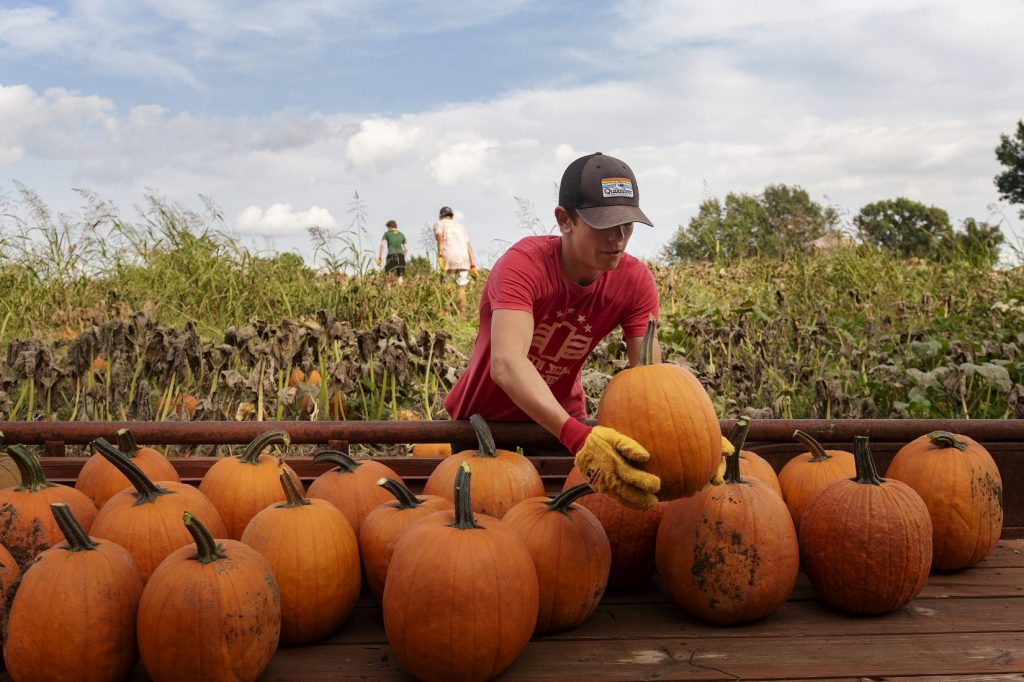 He said he had many animals going for the pumpkins including deer, groundhogs, possums and skunks. He said they saw his patch as “an easy food source” and they helped themselves “to a feast!” He tried to deter them by putting pans on fence posts so that they would clatter and scare the animals away. He also soaked material and placed the fabric around the patch in hopes that the smell of ammonia would detract animals and used small baited game traps.

Bechtold wasn’t sure how many pumpkins he’d actually be able harvest due to the critters but expected it to be around 4,000 because each plant can produce up to six pumpkins. His larger pumpkins were about 20 pounds and his smaller ones were closer to 5 pounds. He judged their readiness by their color. As September started, he already had some very large pumpkins and planned to harvest his entire crop at the same time, over the course of about a month. His pricing ranged from $2 to $15, depending on pumpkin size.

Other than prepping his patch, combatting critters and maneuvering mildew, he said his only other challenge was that he worried his crop might be ready too early. Other than that, he said the whole experience was “super fun and educational.”