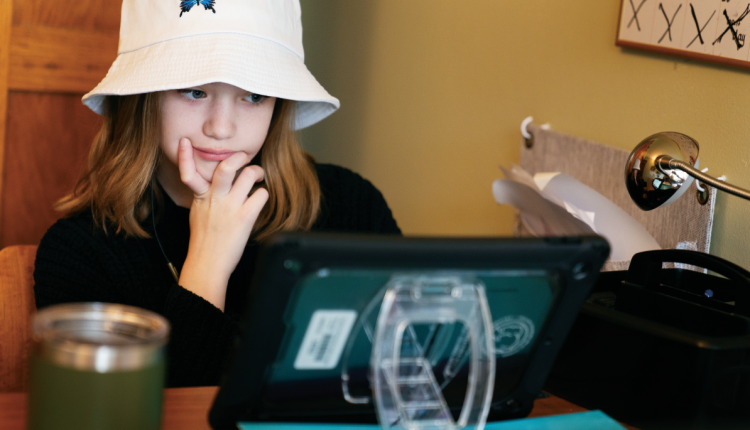 There was no perfect choice.

This summer, when parents were forced to realize that the coronavirus pandemic would derail Columbia Public Schools’ status quo well into the fall semester — if not well into 2021 — they were faced with a practically impossible task: Get their children educated without the everyday infrastructure and built-in resources of a classroom. Any parent will tell you parenting is a challenge. Parenting, teaching and working from home — in tandem — is a whole other beast.

Some opted to homeschool their kids. Others waited out the roller coaster of announcements from Columbia Public Schools Superintendent Peter Stiepleman until a part-time return to classrooms was first announced for elementary school students in October. Still others have stuck resolutely with CPS Virtual, the all-online schooling system most Columbia students are using to stay connected with their teachers. And then there were those who formed so-called “pods,” pint-sized groups of students who could learn together each day in safety.

Any parent will tell you parenting is a challenge. Parenting teach and working from home – in tandem – is a whole other beast.

For Kate Slusher, the choice was obvious, if not easy. She was pregnant with her fourth child this summer, and nothing was worth putting a newborn at risk. Her work for the federal government was doable from home, and her husband is self-employed. So, they opted to enroll their kids in full-time CPS Virtual; that way, they could keep themselves in a bubble while the baby took its first breaths. It was a personal decision, but also a morally challenging one, Slusher says. “It weighed a lot on us, the idea of sending the kids to school and potentially spreading [coronavirus] to teachers and administrators and staff at the schools,” she says. “That just seemed like, we could do our part and stay home.”

But she also recognizes her decision was a luxury. Two of her sons are old enough to be independent; they can handle themselves most of the day. Her younger daughter has lots of questions, but even she stays engaged with her teacher over video. Slusher is able to work from her home office, as is her husband. Not all parents have the same autonomy. Earlier this spring, when students were sent home with worksheets, Slusher found herself at a bit of a loss. Even with a flexible job, she didn’t have the time nor the training to parent and teach. She remembers that chaos all too well, and she doesn’t blame parents who made a different choice than she did.

“I know that there was so much controversy and so much angst and anger [from parents over CPS’s choices this year],” she says. “But to [eventually] be put in a position where we didn’t have to send our kids in-person if we didn’t want to, or we didn’t have to be at home if we didn’t want to — I feel really fortunate that that was a choice that we had. Actually, talking with our friends helped us understand what an incredibly personal decision this really was for every family, because my friends made decisions to send their kids in-person for reasons that make so much sense for their family.”

Tiffany Goran works part-time at Element Cryotherapy, but when the pandemic forced her two young kids indoors, she cut back and rearranged her hours to homeschool her children. She felt the small sacrifice was better than dealing with the inconsistency of going through CPS.

“A lot of the policies that CPS was toying with [this summer] for in-seat classes, as far as like wearing masks and not having field trips, not as much playground time and not being able to eat in the cafeteria … and just the general so much unknown as to how it was gonna go,” Goran says. “They talked about so many options: we may do hybrid; we may do in-seat. I didn’t love the way that school ended in March. We actually didn’t do any of the sent-home [worksheets]; we just did our own thing. I found that kind of consistency was a little bit better for my kids.”

Goran bought traditional school desks off of Facebook Marketplace and set them up in the basement with a whiteboard and posters to mimic a real classroom. But eventually homeschool sessions drifted back upstairs and onto the couch, which was fine with Goran, so long as the work got done. She liked allowing the kids the flexibility of working in their PJs if they needed a more soothing environment. Still, she admits it was often “hard to differentiate between teacher and mom … I definitely did not expect to struggle with teaching third grade math as much as I did.”

So when the Columbia School Board announced in October that elementary students would be welcomed back for in-person classes four days a week, the Goran family signed up. Her kids wanted back inside Fairview Elementary; they missed their friends and teachers. On Oct.19, around 6,000 elementary students returned to their classrooms, according to the Columbia Missourian. CPS made the re-enrollment seamless, Goran says, and she doesn’t fear for her children’s safety.

“You got to kind of go with what works for you,” she says. “And trial and error is really the only way to do that.”

Trial and error has been the name of the game for CPS and the Columbia School Board this fall, which has come under fire from groups including the very active CoMo Parents For The Gorans’ homeschool set up.

“You got to kind of go with what works for you,” she says. “And trial and error is really the only way to do that.”

Board members and educators have fielded the concerns with varying degrees of success. In an email copied and pasted onto the CoMo Parents For In-Seat School Facebook page, Columbia School Board member David Seamon shared fears that in-seat schooling remained unsafe, given that social distancing would be impossible indoors. “If social distancing is impossible in a school setting then we as a community need to lower our transmission rates to an acceptable baseline, so that when we do return to school we do not immediately go from a warning level to a shutdown,” he wrote. “…We are doing a disservice to our most vulnerable minds if we continue to change their learning routines without properly forecasting whether it is a sustainable change.”

But many parents were unsatisfied with the explanation; to them, the lack of a transparent, cohesive return-to-school plan for all students was unacceptable and damaging. Some shared stories about their elementary-aged youngsters who’d returned to in-person schooling and were thriving after months of boredom and frustration.

In late October, the district added a student case tab to its online COVID-19 tracker, boosting transparency around the number of students quarantined and/or testing positive for coronavirus. Hospitalizations from coronavirus were rising around the same time in October that students started returning to school, according to the Missourian, and some Columbians fretted over parents not taking COVID-19 seriously enough. That concern was accentuated when some residents and committee members showed up to an October Joint Committee on Education hearing without masks.

“The people that are concerned with social distancing and wearing masks, and following CDC guidelines, aren’t likely to pack into a room without masks,” Kate Canterbury, a parent who attended the hearing, told the Missourian, expressing worry that not all voices were being heard in the
return-to-school argument.

Even parents who weren’t vocally for or against in-person schooling grew weary of the ups-and-downs this year.

Galloway, a mother of two young boys who decided to do virtual learning, says, “I completely respect Dr. Stiepleman. And all the schools, I think they did a great job. They really tried their best, I think. But at the same time, it was still a roller coaster, whether they intended it to be or not, and I think we just decided to get off the roller coaster.”

She added, “We’ve got a lot of people that are older around us or have pre-existing conditions around us who we didn’t want to lose touch with over this time.”

A new way of connecting

In an effort to make the best out of a challenging situation, Galloway has created a mini pod at her house. Her friend’s older daughter walks over to the Galloway home every morning, and she and Galloway’s sons study together throughout the day. Whenever they have breaks, the neighborhood children get together for playtime and art projects outdoors.

Galloway, who is earning her master’s in public health from MU, says, “The only reason why we did it this way is because we knew we could make it work. If we were living in a neighborhood that didn’t have any kids around us or anything like that, my kids would probably be in-seat.”

Jamie Smith, a neighbor of Galloway’s who sometimes oversees informal art projects with the children, told Inside Columbia that the small group gathering is a perfect opportunity to get the kids off devices without putting them at risk. His two children are doing virtual school, and though he finds himself having to work later nights, earlier mornings and some weekends to keep up with his job as a data analyst, he still feels the decision to keep his kids home was an easy one. “I mean, we watched the numbers of COVID,” he says. “And they weren’t getting better. So it was easy to say, we’re just going to keep them home. And we’ll make decisions down the road when we have to.”

Smith says one of the biggest benefits of having the children home is an increased emphasis on quality time. His kids get to see their parents at work, and the parents get to share in the wonder of early education. Slusher feels a similar benefit: Her sons feel less peer pressure when away from the insulated environment of a classroom, and they’ve opened up at home in new and fascinating ways.

“[My daughter’s] teacher is fabulous,” Slusher says. “I don’t understand how she’s keeping a classroom full of first graders going all day long. But I have to say that the difference between spring and fall has been tremendous. I’m just seeing that the teachers have a lot more confidence in what they’re doing now. They were given time to get themselves ready.”