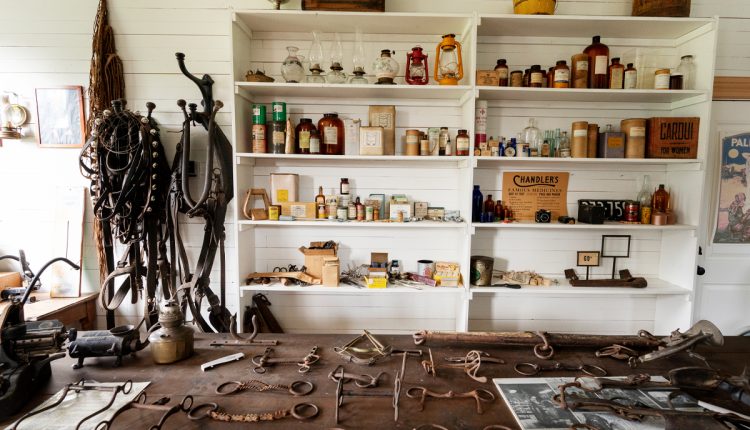 Don’t miss your chance to see a fascinating special exhibit at the Boone County History and Culture Center, called Columbia 1821-2021: The Birth and Evolution of College Town USA.

This bicentennial exhibit explores the founding of Columbia as well as the ways our people, landscape and priorities have changed over two centuries. Prior to its founding in April 1821, there had been an earlier village called Smithton, founded in 1818 near the corner of Garth Avenue and Ash Street. After it turned out Smithon lacked well water, its approximately two dozen families moved their homes and occupations about a half mile east to the Flat Branch area and renamed their community, Columbia.

The exhibit covers a 200-year timeline of important local events. The timeline, produced in the colors of Columbia’s city flag (blue and green), circles the entire circumference of the gallery, and consists of 107 unique moments in Columbia’s history, along with 14 narratives with images that describe different aspects of life over 200 years. The subjects of those narratives include Early Commerce, the Civil War in Columbia and the Great Depression. A variety of fascinating Boone County Historical Society artifacts are also on display, such as an American flag circa 1865. The last day for viewing is Saturday, Feb. 12.