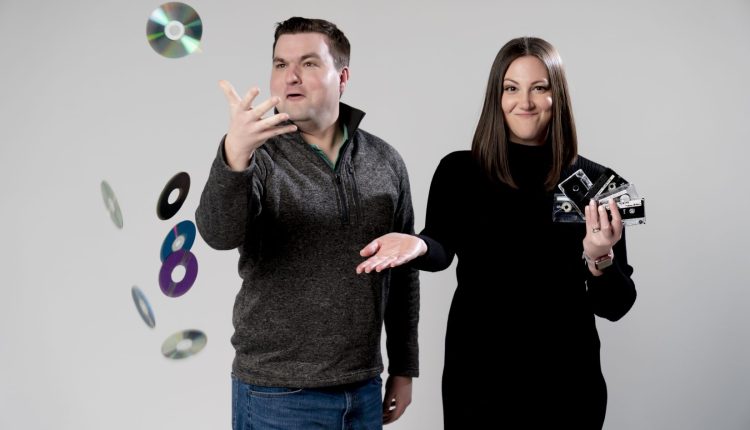 Each issue, two on-air talents from two different Zimmer Communications’ stations will voice their opinions on what you might call a controversial topic. This issue, check out Lauren from Y107’s and Andy Humphrey’s takes on the format that provides superior sound — or just the most nostalgia.

This is 100% nostalgia. It’s not like cassette tapes have amazing audio quality.

But when I was little, we often would take road trips and cassettes provided the soundtrack. One of my favorite tapes was the soundtrack to “Cocktail,” which I had never seen, and I thought the man on the tape cover (Tom Cruise) was singing all of the songs. (Yes, even Bobby McFerrin’s “Don’t Worry, Be Happy.”) When I got to pick out my own cassette tape for the very first time, it was Hanson.

I loved pulling out the little cassette booklet included and reading the lyrics in the tiniest print imaginable, but I could read them as I was young and full of hope!

The coolest thing about cassettes was being able to feel like an engineer when something went wrong. Tape unravel? I got this. With an effective twist of a pencil or even just my child-sized pinky finger, I could have that tape playing again before you knew it.

There was just something special about going to pick out new CDs. It was usually a trip with my parents to a big bookstore like Barnes & Noble where they had a huge music section filled with CDs. You’d take your time and rifle through the newest albums or your favorite genre. Sometimes a CD cover just caught your eye.

Cover art seemed more important on a CD. It really stood out in a way that’s missing with digital albums. And you’d actually take the time to look through the little booklet inside, or at least I would, to read all the lyrics.

I still remember my first CD — it was New Found Glory, a rock band from the early 2000s. That band was fond of using one of the hidden tracks, another nostalgic feature of the CD. The listed tracks would end, there would be silence for a while and then, suddenly, a track you had no idea existed began to play!