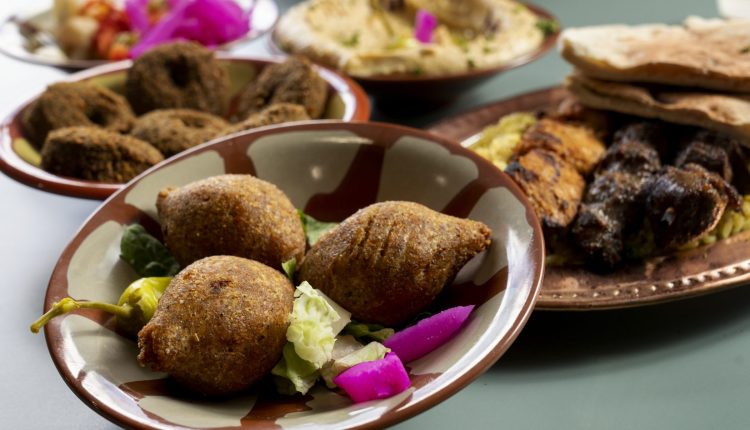 When Ahmad Alkadah came to Columbia in 2016, he came with a dream: A better life for his family certainly, including his wife, children and mother. But he also dreamt of opening an authentic Syrian restaurant, serving the kind of food he grew up with and missed. That part of his dream finally came to fruition in March, with the opening of The Syrian Kitchen.

Alkadah worked at the Coffee Zone downtown and began looking for a restaurant space in earnest in February 2021. Everything finally aligned when he signed a lease at 600 Business Loop 70 W., which some may remember as the original location of JJ’s Cafe. While the kitchen was fairly well outfitted, Alkadah wanted to bring in certain specialty equipment in order to provide a truly authentic experience for diners.

He uses a charcoal grill, as well as a griddle surface and industrial stove. His house-made pita bread is baked on a rotating turntable-type device. The hummus machine was imported from Turkey. He brought in ornately carved tri-panel wooden screens, inset with small brass bells, from Syria, Jordan and Turkey to lend a distinctive foreign flavor to the decor. 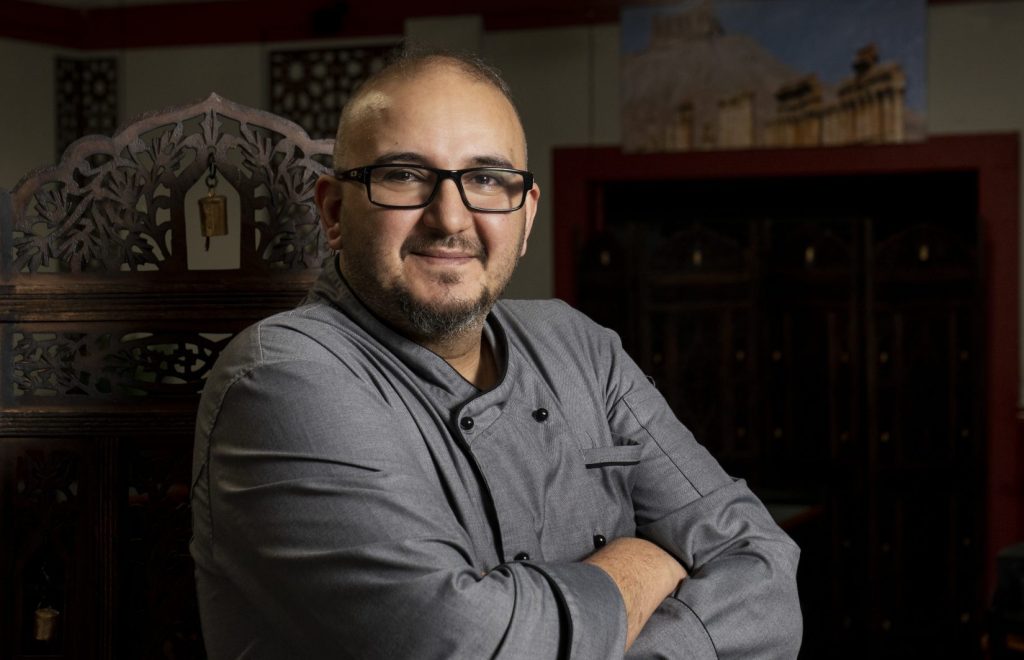 Alkadah takes immense pride in the freshness and quality of his dishes. Nothing is frozen, pre-made or prepackaged. The meat he uses is trucked in twice a week from Kansas City.

“I do everything from scratch. No shortcuts,” he says. “I buy the garbanzo beans, put them in water, wait till the next day, then cook them.”

He says he keeps his spices simple — mainly salt and pepper but also cardamom, cumin and coriander. “What I like to eat, I like to serve,” he says. Of his new eatery, he says, “We are different, nobody serves this kind of food here.

It’s hard to make. I do all the prepping, cutting, spicing.” Lamb kebabs are his favorite dish to make, he says, especially with hummus. He’s noticed that with customers, the chicken shawarma is very popular. His bestseller, however, is the mixed Syrian kitchen — one skewer of chicken, one skewer of lamb kebab and one skewer of beef served with a side of salad or rice.

Alkadah says his food is fairly healthy, with its emphasis on fresh vegetables and ingredients and because it’s “barbecued.” He adds that the meat isn’t fatty because he trims it well.

In addition to traditional Syrian meat dishes such as kebabs and shawarma, the menu includes many vegetarian items, as well as vegan dishes. One vegan dish is called Foul Moudames — but it isn’t foul at all. The dish contains fava beans, onions and diced tomatoes, topped with parsley and olive oil, and served with pita bread. Alkadah plans to add more vegetarian and vegan options in the future. He also plans to add a lunch shift. At time of press, The Syrian Kitchen‘s hours are 3-8 p.m. daily.

New Scooter’s Coffee in Ashland to Open In November