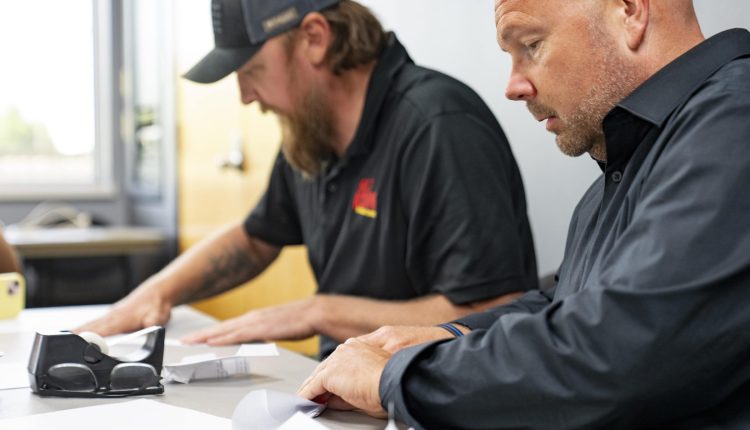 Each issue, two on-air talents from two different Zimmer Communications’ stations will take on a seemingly simple challenge to see who comes out on top. This issue, Shags from 96.7 KCMQ and Branden Rathert from 93.9 The Eagle see who can build the best paper airplane. See video of the full challenge on our YouTube channel.

You have three minutes to make the best paper airplane possible. The airplane that logs the longest flight will be declared the winner.

Shags from 96.7 KCMQ, focused and ready to go, and Branden Rathert from 93.9 The Eagle, armed with tips and examples from his Eagle cohorts.

Shags’ commitment to building his plane really paid off when it sailed through the Zimmer Communications’ conference room and landed nearly at the opposite wall. Then, in a very surprising twist, Branden’s airplane managed to go straight into the air and get stuck in our ceiling. (Luckily, Shags could reach it!)

SHAGS: “I may have had the distance, but he definitely had the creativity. And the height. Maybe one of the greatest air plane feats I’ve ever seen.”

BRANDEN: “I was up against a pretty tall competition, but I just came and I winged it. No plan.”