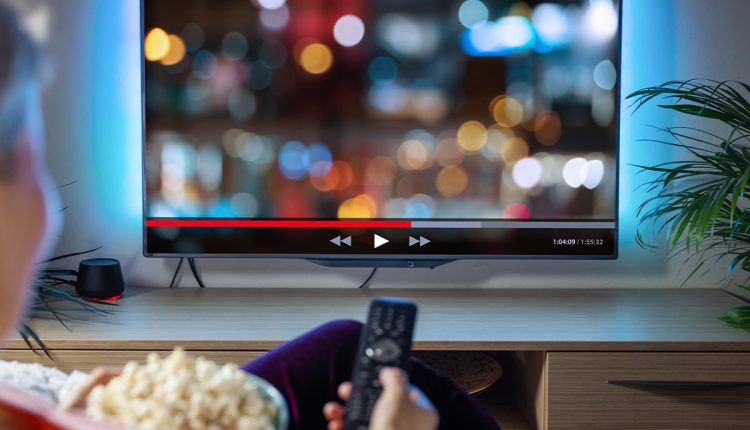 WELCOME TO OUR ULTIMATE LISTS! In each issue, you will find a curated selection of things to listen to or watch, put together by either an on-air talent from Zimmer Communications or a member of the Inside Columbia staff. For this issue, Kristin Monica has shared her ultimate watchlist from her time in COVID-induced isolation. Click here or visit our YouTube channel to listen to the playlist. Enjoy!

I recently went down with the dreaded BA.5 variant of COVID-19, and during my five days of quarantine in one bedroom, I watched a LOT of streaming services. I mean, a lot! The laughing, crying and shocking moments got me through the body aches and coughing spells.Here are some of the best things I watched while in seclusion:

“The Flight Attendant” — HBO Max
This suspenseful mystery on HBO Max starring Kaley Cuoco was one of the reasons I wanted HBO Max in the first place. A flight attendant with a drinking problem spends a wonderful night with a passenger on one of her flights, only to wake up with him dead in the bed next to her, brutally murdered, and she has NO memory of the night! To clear her name, she does some detective work of her own. It’s got some thrilling twists and turns, and now I’m very excited for the second season.

“Inventing Anna” — Netflix
You’ll recognize Julia Garner, who plays the title character, as Ruth from “Ozark,” and this show just proves she’s a fantastic character actor! Based on a true story (except for the parts that are totally made up), you follow a journalist’s journey through unraveling Anna’s story. Is she a German heiress socialite or is she a con artist? Each episode leaves you guessing, and you find the truth by the end of this limited series! It’s only nine episodes, so you can binge this one in a day!

“The Boys” — Amazon Prime
This show has a thrilling story, but it’s set behind some incredibly gory scenes. The show, based on a comic book series, shows superheroes as villains. The Boys are a group of guys working to expose them for who they truly are! They’ve all been wronged by a “supe” in some way — mostly a loved one that has been murdered, but it was covered up in an attempt to protect the hero’s image. I’d advise against watching this while eating.

“Insatiable” — Netflix
This one was canceled after two seasons but was a satirical spotlight surrounding fat- shaming. It follows Debby Ryan’s character, Patty Bledel, who was often bullied in high school for being overweight. After her jaw is broken and wired shut, she loses a bunch of weight, becoming conventionally beautiful and is recruited to the pageant circuit. The first few episodes had me questioning why I was watching, but the end of the first season had my jaw dropping and ready for season two! It gets … ridiculous.

“Dead to Me” — Netflix
This comedy-drama starring Christina Applegate and Linda Cardellini simultaneously had me cracking up and sitting on the edge of my seat! Christina Applegate’s character, Jen, finds herself in a widow support group after her husband died in a hit-and-run accident. There, she meets Linda Cardellini’s character, Judy, and they become unlikely friends. Jen is on the hunt for her husband’s killer, and there are twists and turns along the way that had me creating elaborate theories about a half-hour dramedy.

Bugging Out: 5 Unique Species Found at the Enns Entomology Museum