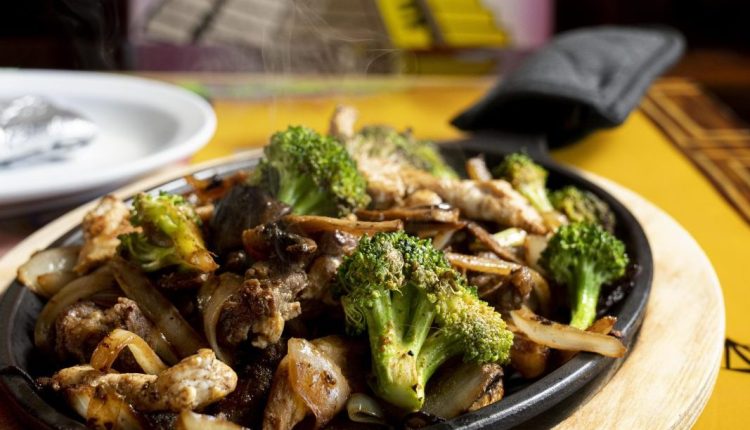 When La Tolteca opened its doors to customers in May, it was less of a grand opening and more of a homecoming. After years of working in different cities across Missouri, owner Carlos Hernandez decided it was time to get back to Columbia. “I am so happy to be back,” he says.

The Mexican restaurant’s original location was in Columbia, near Stadium Boulevard and Rock Quarry Road, where Stadium Grill stands today. But in 2007, the doors closed and, two years later, La Tolteca reappeared in Jefferson City. It was the start of La Tolteca’s roaming as Hernandez brought the businesses to different areas of the state. While continuing to run the Jefferson City location, Hernandez opened another spot in Lebanon. In 2014, he briefly 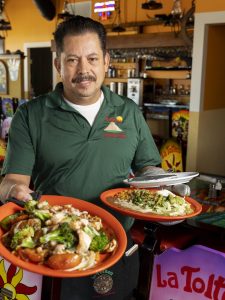 returned to Columbia, opening a La Tolteca on Nifong Boulevard. It only lasted a couple of years before closing once again. Hernandez then tried a location in Boonville, which has since closed.

But throughout the wandering, La Tolteca’s Jefferson City location remained, right up until the pandemic. “We closed for COVID-19 in Jefferson City and decided to wait a year and a half to open this one right here,” Hernandez says, standing in his latest space on Broadway. Returning to Columbia has had many advantages but being close to family is the most important for Hernandez. He says it feels like he’s finally home again and, this time, he hopes it lasts forever. “This is my town,” he says.

The latest incarnation of La Tolteca officially opened May 11 in The Broadway Shops at 2709 E. Broadway. Hernandez says that since opening back up in Columbia, business is booming. “We will survive now,” he says. “We are doing better and better all the time.”

But the process to reopen in Columbia took time and required a total redesign of the space. “Everything here is brand new,” Hernandez says. “The floor, the booths, the walls; a redesign, completely.” But it’s not the only thing that’s seen changes. Since his first Columbia location closed in 2007, the landscape of south Columbia has changed completely, Hernandez says. “We have seen everything grow up in Columbia,” he says, specifically noting the growth of retail businesses and restaurants along Grindstone.

The Broadway Shops themselves, where La Tolteca is currently housed, were developed in 2005 by the Forum Development Group. Jay Lindner with Lindner Properties says the shopping center is an example of the historical challenges of developing Columbia. “We sought to build something different and of a higher quality than you would typically see,” Lindner says. “Because of that, the design and city approval process took several years to complete before we were given the green light to proceed.”

But it’s all been worth it, as many businesses have popped up as growth has spurred in south Columbia.

While Columbia grew, so did Hernandez’s family. He has six daughters and of the three who are in college, one attends the University of Missouri. Moving the business back to the area has made everything easier for the whole family, he says. “We live here, and I was tired of driving every day. I am happy to be back,” he says. “I hope people come and see me.”

Hernandez says he loves everything on the menu, so there’s no wrong choice among the expansive options. It includes many familiar items and combos, as well as lots of vegetarian and seafood options. For burrito fans, the burrito fajita is recommended, with grilled chicken or steak, green peppers, onions and tomatoes topped with cheese dip, sour cream, guacamole and lettuce. The restaurant also has a wide variety of beverages including mixed drinks, margaritas, wine, beer and soft drinks.