Events at this location

We’re thrilled to welcome to Skylark one of the most talked-about debut writers of the season. Gabriel Bump’s astonishing first novel, EVERYWHERE YOU DON’T BELONG, is going to be one

We’re thrilled to welcome to Skylark one of the most talked-about debut writers of the season. Gabriel Bump’s astonishing first novel, EVERYWHERE YOU DON’T BELONG, is going to be one of the books of the year.

The experience of being young and black on the South Side of Chicago is largely portrayed in the media in one of two ways: either a childhood defined by gang warfare, police brutality, and hopelessness, or the diametrically opposite story of someone like Michelle Obama who rose above her origins to achieve greatness. Yet, for the majority of people navigating day-to-day life on the South Side (or in similar urban neighborhoods across America) reality falls well between these extremes. In his alternately witty and heartbreaking debut novel, Gabriel Bump portrays the life of just such a young everyman. Claude McKay Love isn’t dangerous or brilliant—he’s just an average kid coping with abandonment, violence, riots, failed love, and societal pressures as he steers his way past the signposts of youth: childhood friendships, basketball tryouts, first love, first heartbreak, picking a college, moving away from home.

Bump’s assured narrative is driven by fierce energy and percolates with an astute awareness of the ironic contradictions of our times. As a young black man trying to keep his head above water in the urban vortex, Claude is fundamentally searching for a place where he can fit. Raised with principles by his civil rights-era grandmother, he tries to escape issues of race when riots consume his neighborhood. But leaving Chicago for college (in Columbia, Missouri! Where Bump himself spent part of his initial college career) he discovers he can’t escape his own skin. There is no safe haven for a young black man in this time and place called America.

Come and listen to this wonderful author and important new voice speak about his work.

Gabriel Bump grew up in South Shore, Chicago. His nonfiction and fiction have appeared in Slam magazine, the Huffington Post, Springhouse Journal, and elsewhere. He was awarded the 2016 Deborah Slosberg Memorial Award for Fiction. He received his MFA in fiction from the University of Massachusetts–Amherst, and he currently lives in Buffalo, New York. 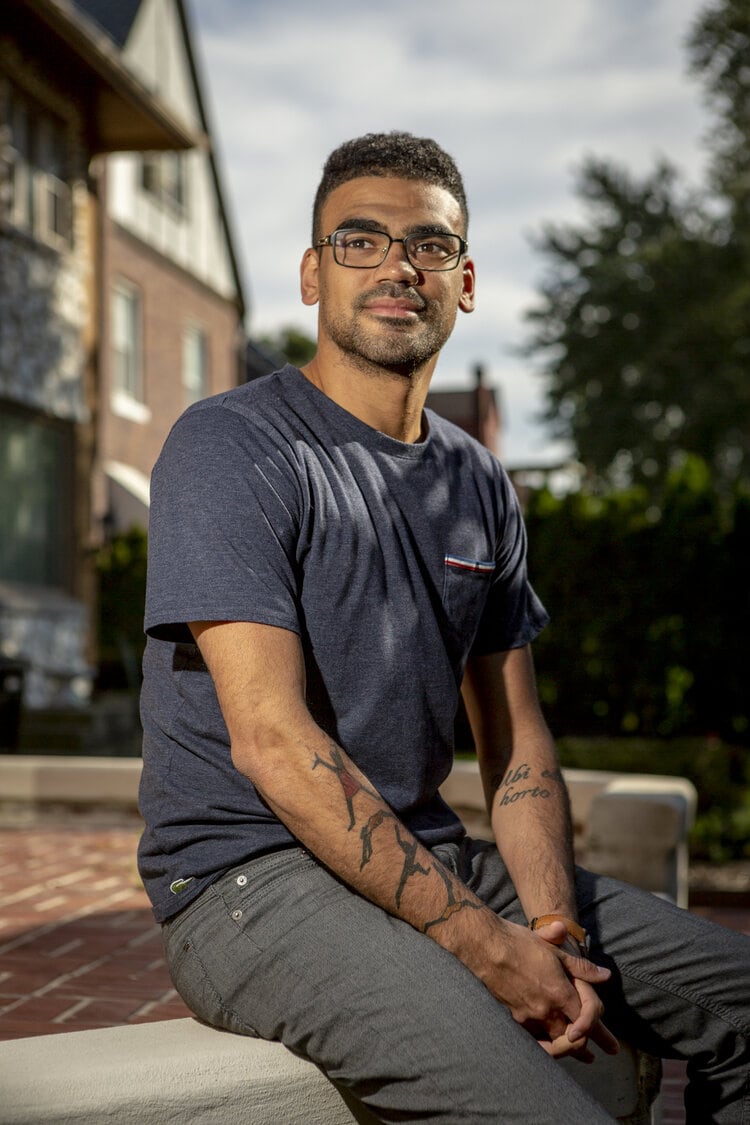