We’re excited and honored to be hosting the launch party for a wonderful new book by local photographer, Anastasia Pottinger. The book is called “100:What Time Creates,” and it’s a

We’re excited and honored to be hosting the launch party for a wonderful new book by local photographer, Anastasia Pottinger. The book is called “100:What Time Creates,” and it’s a thing of beauty.

Pottinger burst on the national and international scene when her black and white portrait series of people a hundred years old and up ‘went viral’ and was featured on thousands of websites and in publications around the globe, including CNN and Bored Panda. Later, the series grew and became “100: What Time Creates” published by Marcinson Press.

Stacie (as we call her) is a professional portrait photographer and founder of Rogue Studios. She has pursued her passion for photography since she was eight years old, when her parents handed her her very first camera, a Kodak 110, which she used to document her first solo trip to visit her grandparents in Georgia. Originally daunted by the prospect of being an artist, in college Pottinger focused on her other passion, early childhood education. She earned her degree in Family Studies with an emphasis in child development. After the advent of digital cameras and the birth of her first son, Stacie returned to her first love – photography – and four years later, opened her studio. She has won numerous local, regional, and international awards for her photographs, most notably second and third place in the Julia Margaret Cameron Awards Nude and Figure category, and first place in the HumanKind Exhibition at PowerHouse Arena in Brooklyn, New York. She has also been included in juried exhibitions at The Center for Fine Art Photography in Fort Collins, Colorado and PhotoSpiva in Joplin, Missouri.

Stacie lives in Columbia, Missouri, with her wife, two sons, and her “beloved mini-zoo” of two dogs, two cats, one ball python  and a part-time guinea pig.

What people are saying about the book:
“Richard Avedon showed us that everyone is ugly. You are showing us that everyone
is beautiful. Thanks; we need both points of view.” – Ed Freeman, Photographer

“I look at thousands of pictures a day because it is my job. One day I was looking and then suddenly I stopped. Anastasia’s images compel you to stay with them, I closed my eyes and I felt something. The emotion of something I’d never seen before. It was like looking at the human being both on a very abstract and incredibly sensitive way. That day, I was looking for a visual artistic language to reflect on Aribert Reimann’s opera, ‘Lear,’ based on Shakespeare’s King Lear, with the idea of bringing other kinds of emotions to the public, in rather than only those of the stage. Lear is getting old and tries to look at the future but his past is too present to be erased. Anastasia’s centenarians let you feel in such a concrete way what it will mean to have your past engraved in your skin, all those years of happiness, sadness, disappointment, passion, fear and so many other kinds of feelings mixed by life, until they become your very own and unique patterns.” – Lise Bruyneel, graphic design editor, Paris Opera, Paris France 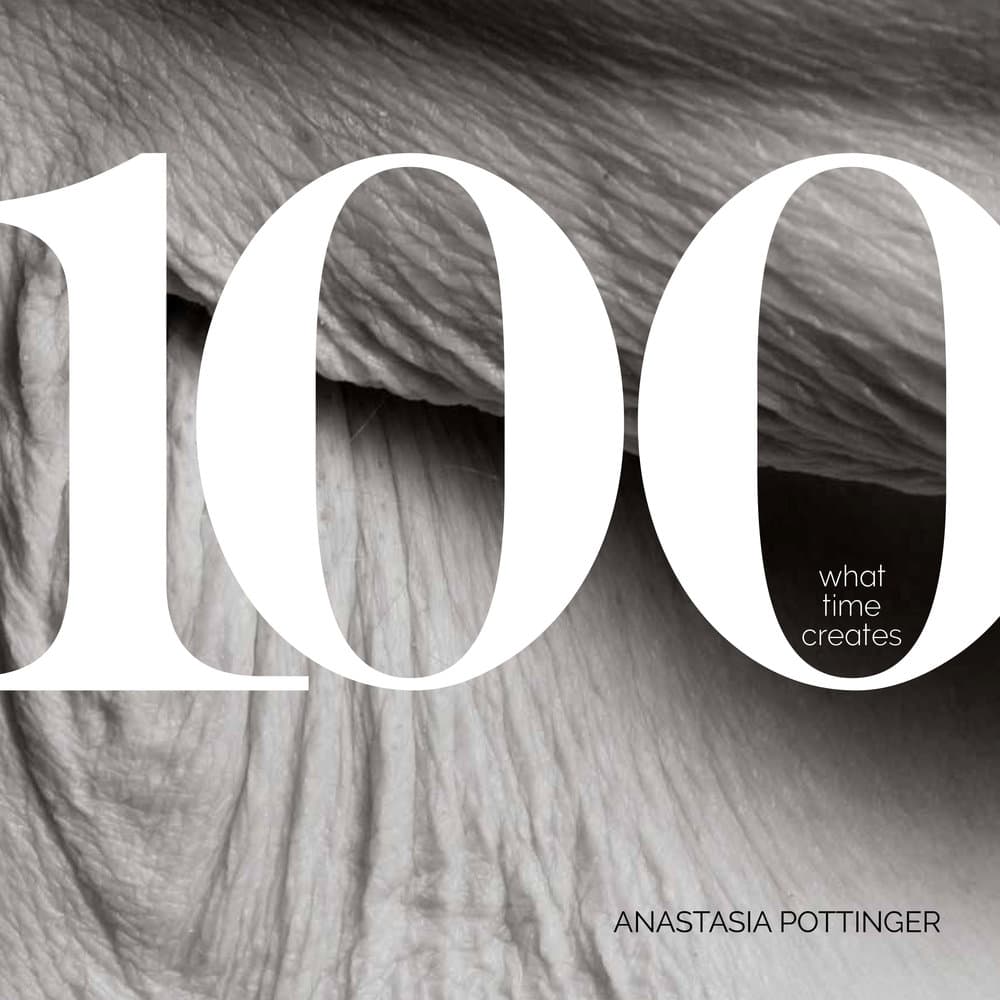