We’re all familiar with sci-fi, but... cli-fi? Absolutely. Just as historically some of the most powerful pieces of writing and art often have been created during turbulent times, so too

We’re all familiar with sci-fi, but… cli-fi? Absolutely. Just as historically some of the most powerful pieces of writing and art often have been created during turbulent times, so too has climate fiction (cli-fi) emerged as a response to the global warming crisis.

One important early example of this relatively new genre is Barbara Kingsolver’s 2012 novel Flight Behavior, which examines the potential influence of global warming on monarch butterflies. We’ll be discussing this book at our inaugural cli-fi bookclub on Wednesday, Nov. 6, at 6 p.m. Additionally, if a discussion of Flight Behavior isn’t enticing enough, we are excited to open our gathering with 15-20 minutes of performance from the MU Theatre Department’s Life and Literature Series, featuring Climate Change Theatre Action with Heather Carver, artistic director.

According to its website, “Founded in 2015, Climate Change Theatre Action is a worldwide series of readings and performances of short climate change plays presented biennially to coincide with the United Nations COP [Conference of the Parties] meetings. A global participatory project, CCTA uses theater to bring communities together and encourage them to take local and global action on climate.”

The cli-fi literary genre is packed full of other books, and the list continues to grow. We’ll provide a selection of possibilities so that as a group we can choose a title for the next cli-fi bookclub meeting.

Hope to see you at this cool collaboration between Skylark and the MU Theatre Department, as we use literature and the arts to address global warming. 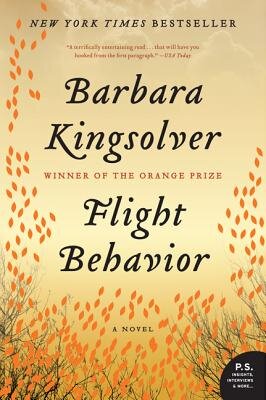