We’re very pleased to be hosting the book launch for K.L. Harris’s debut novel, Equillian’s Key, on Thursday, June 13. K.L. Harris is a fiction writer who has an unquenchable habit

K.L. Harris is a fiction writer who has an unquenchable habit of changing words into worlds. Ever since she can remember she has been enthralled by stories. Stories she read in books, stories she saw and acted in on stage, stories she saw in film or heard about in school from history and mythology, and the stories that were constantly playing out in the world all around her.

Harris grew up traversing the redwoods of northern California, and then moved to Australia when she was eighteen to pursue a life dedicated to story. There, she acquired her BA in Acting for Film and Stage and became an award-winning film maker. After years of working various jobs in the film industry she put it all aside to focus on the written word. She now lives in Columbia with her husband and two children and is a proud member of the talented woman’s writing group, The Dame Good Writers.

After seven years of world building, she is elated to finally be launching her debut novel, Equillian’s Key, the first book in the fantasy adventure series, Archives of the Night-Watchers. 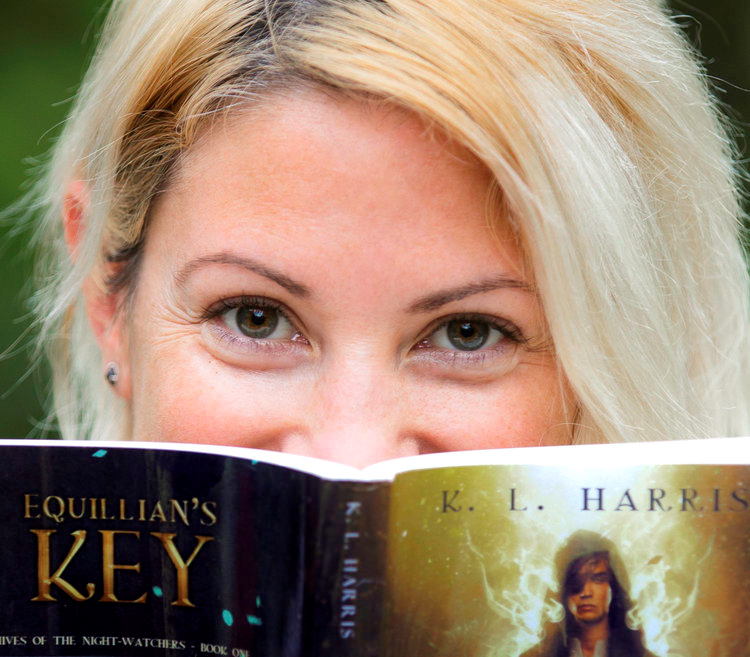