Be in the front row as our talented playwrights spin tales of daring, drama, and desperate desire! Each spring brings a festival of exciting new plays to the MU stage, developed at the Missouri Playwrights Workshop, part of MU’s nationally recognized Writing for Performance Program, recipient of the Gold Medallion from the Kennedy Center American College Theatre Festival.

Each performance is a different play! First come, first seated.

Tickets are $5 at the box office or at the door.

MU Theatre box office in the Rhynsburger Theatre lobby from 2-5 p.m., Mon. – Fri. and one hour before show times.

EARLY BIRD DISCOUNTS: Early Bird discounts are NOT available for this show. 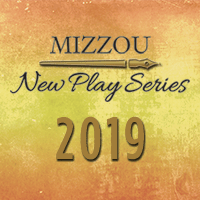