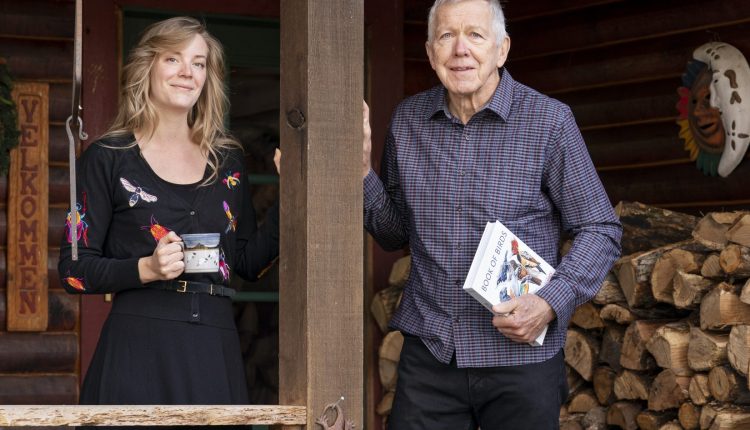 John Faaborg’s love of birds took flight early on. “My brother took me birding when I was 7 years old and I was hooked for life,” he says. “The excitement of being able to identify birds was one of the first things that drew me in, then I got concerned with populations and such.”

His interest would lead him to a career as a professor, retiring from MU after 40 years. “My teaching was centered on general ecology, avian ecology and ornithology,” Faaborg says. “I mentored 24 Ph.D. students and 19 masters, published lots of papers and got to see lots of the world.”

He passed on his ardor for all things avian to his children, including daughter Claire, who grew up regularly taking “field trips” with him both locally and across North America. Of birds in general, Claire says she certainly loves them “more than the average young person. It’s hard not to be grateful to them — they are the reason I’m where I am.”

And where she is, is sharing a credit on the cover of her father’s new book as illustrator.

The Book of Birds, Introduction to Ornithology, was released in the fall of 2020. It isn’t John’s first book — a larger version appeared in the late 1980s, and about 15 years ago, 12 of its original chapters were converted into what he describes as “a short but decent quality text.”

John’s goal for his latest book was to make it fairly comprehensive but not too large, nor too expensive. He wanted it to be approachable, and suitable not only for undergrads but serious birders too. 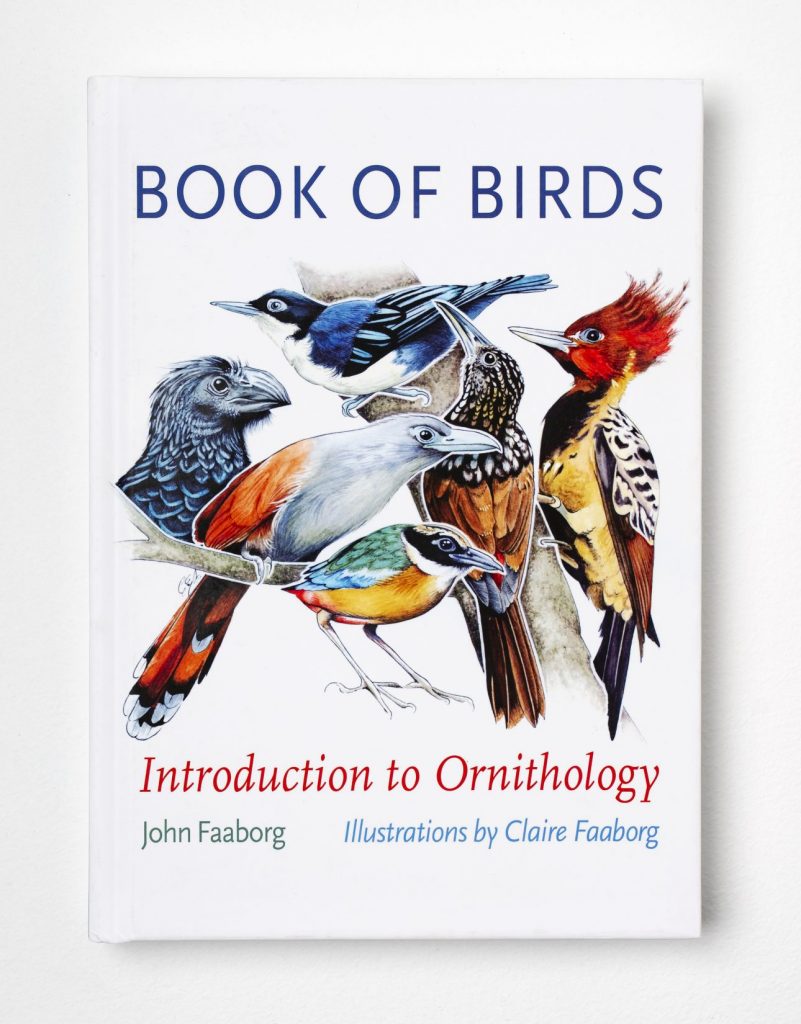 As an expert on avian ecology and conservation, he brings a unique perspective, saying, “Although there has been some serious work on the problems that birds face in the recent literature (70% declines in population, for example), in general birds are pretty common and visible, so I think people didn’t realize that bird populations are declining and of concern. As long as we keep adding population to the planet, we will have less bird habitat.” He says to the extent that factors such as widespread use of pesticides or global warming are widespread and long term, we can only do small things to help birds. “Feeders are mostly good, but they also attract birds to windows or might spoil and kill birds that we think we are benefitting by our feeding,” he cautions.

One of the most important things John wanted people to understand with the book is why a bird looks the way it does. “There is no other animal group with quite as much variation in color as birds,” he says, “and by using color in most of the graphics in this book, we hope to visually give you some sense of that variation, while explaining it in the text.”

It was John who hatched the idea to have Claire illustrate his endeavor, versus using photographs, saying “it became a no-brainer when we saw how good an artist Claire grew up to be.” She had long drawn birds and other science illustrations, and studied both art history and illustration at MU, earning her BA in 2012. In a lovely twist of fate, she had the opportunity to take her father’s final class the year he retired. “I’m not an artist by trade,” she says, “the starving artist trope is all too real, but I take projects and commissions when I can.”

When asked to name her favorite bird, she can’t cite one saying, “I like lots of birds, there are so many beautiful ones. I particularly likes kingfishers, and have a soft spot for Waxwings, both Cedar and Bohemian.” Her dad, on the other hand, doesn’t hesitate to name his: the Puerto Rican Tody. “It is brilliant green, tiny (half a ketchup package), and full of personality,” John says.

The father/daughter duo say there was little friction during the process. “Most of our work was very collaborative,” John says, “as Claire was working in the house.” She drew perched at a drafting table in a large-windowed room at the back of the family’s Columbia home. John says, “Working with Claire on this project has been one of my favorite lifetime memories.”

Claire says, “It is because of and for him that I have illustrated this book.”