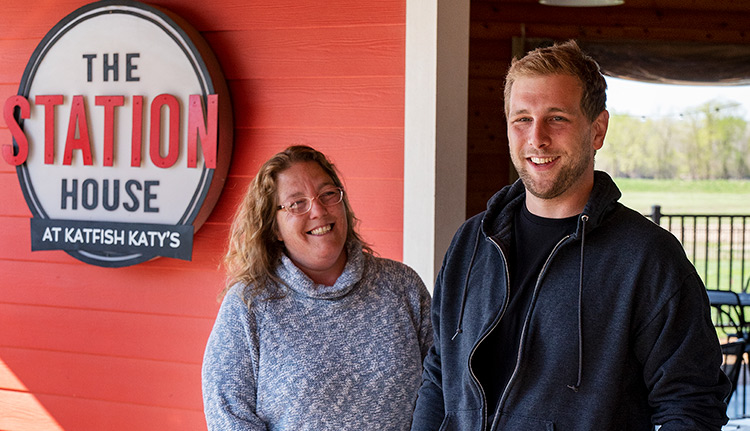 After Katfish Katy’s closed at the end of 2020, employees, customers and frequenters of the Missouri river scene alike lamented. But, this spring, hope emerged in the form of mother-and-son team Vanessa and Jake Leitza.

Katfish Katy’s reopened this April with a new take on river food, thanks to the culinary training and inventions of its new owners. 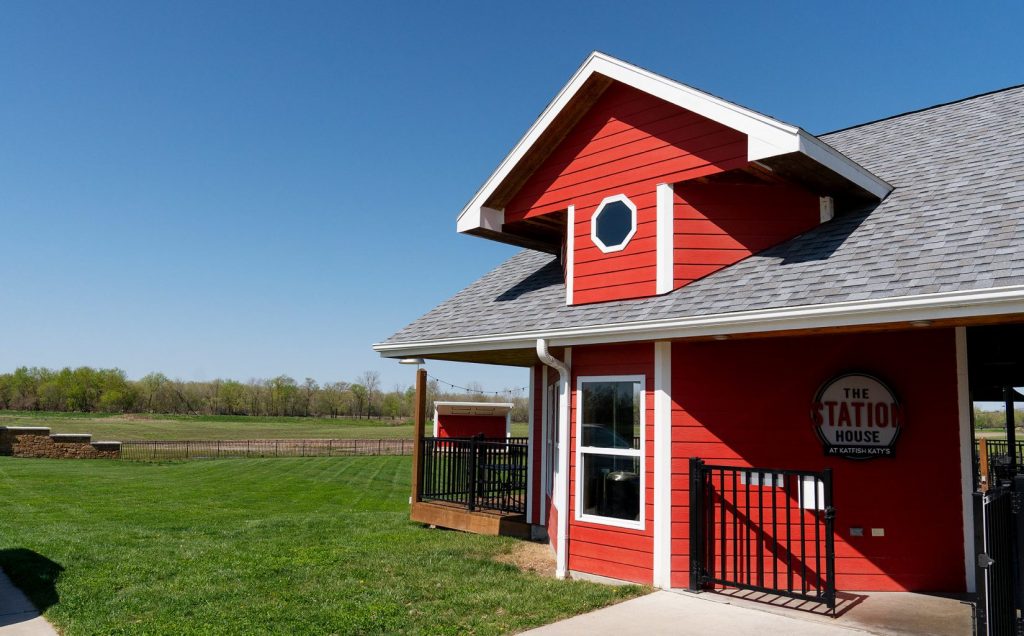 Both Leitzas have worked in the food industry for many years — Vanessa at several restaurants before landing at Cooper’s Landing and then Four Points Catering and Jake at Pickleman’s and Just Jeff’s, to name a couple. While Vanessa was at Cooper’s Landing, Jake would join her in the kitchen, and together they would come up with their own dishes. “Working at Cooper’s Landing was where we developed our creativity because we had our own freedom, which we didn’t have in the corporate side of the industry,” Jake says. “We gained a reputation for things as simple as green beans that people would go crazy over, and that built our confidence to try new things.”

But, the family’s love for cooking first started with Jake’s great grandmother, who taught his mom family recipes and secrets. “When we moved to Columbia when I was around 13 years old, I started cooking with my mom,” Jake says. “That was our favorite thing to do together. I don’t know how it’s worked but our dynamic together is so great. Our work ethic and ideas are similar and we communicate so well after working side by side at Cooper’s Landing.”

Although they both have extensive restaurant experience, it was completely by chance that the Leitzas ended up re-opening Katfish Katy’s. Vanessa heard from a building code commissioner that it was going to close, and they later saw a Facebook post about an open business house for potential new proprietors. “We figured it wouldn’t hurt to check it out, filled out a guest book and as we were walking out, Mr. Potterfield, the owner of the property got out of his truck and asked if we were the Leitzas and invited us to talk about our experience. We drew up a vision and plan of what our ideas were, many based around our relationship with the river and trail community, and he asked us if we’d like the opportunity to be contracted for Katfish Katy’s.” 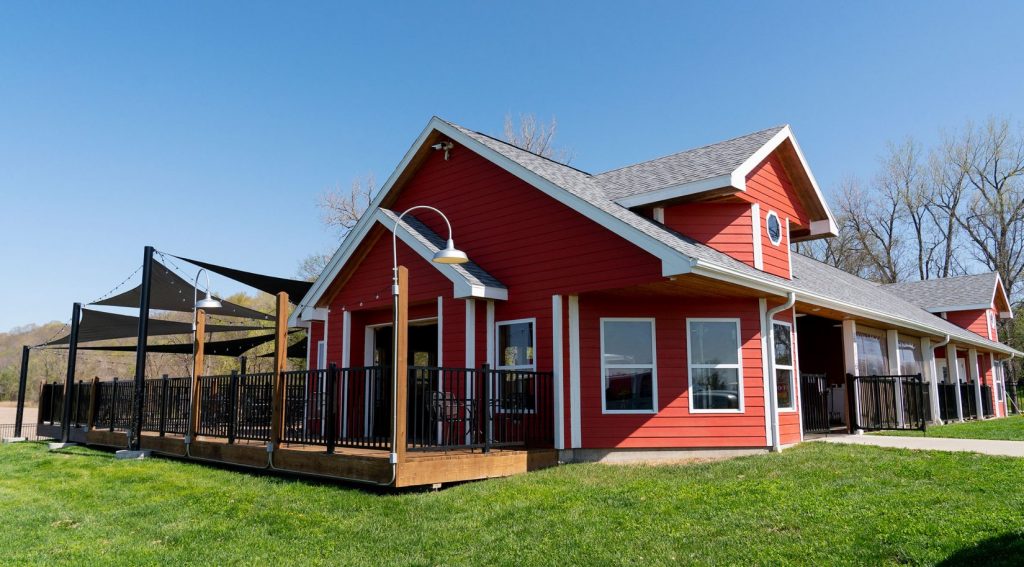 As the new face of Katfish Katy’s, Jake and Vanessa plan to update the menu to be more health-oriented. “We feel like there was a huge missed opportunity before to catch more attention from bicyclists and river people, including gluten free, vegetarian and vegan options,” he says. Before, there were around eight items on the menu and the Leitzas have more than triple that, with a mix of traditional, heavier foods and lighter options. New menu items include a hummus board, vegan lemon ricotta pancakes and southwest-inspired quinoa tacos. Katfish Katy’s will now also be open for breakfast.

“We are trying to source as much of our ingredients from local farmers,” Jake says. “One example would be sourcing our alcohol from Broadway Brewery and Logboat.  The community is the only reason this has been possible for us, and we want to give back as much as we can by giving them our business and letting them know we care about them as much as they do about this place.”

The kitchen and patio of Katfish Katy’s will remain the same, but the Leitzas have plans in the near future to add a fire pit outside, and a pavilion to host separate private and public events. They hope to become stops for events such as the Pedaler’s Jamboree and Missouri 340 River Race.

Fun in the Sun