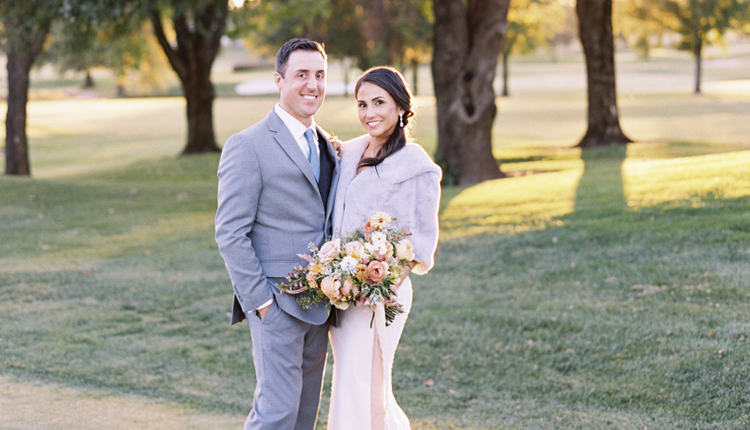 Love and a wedding prevail despite the pandemic. 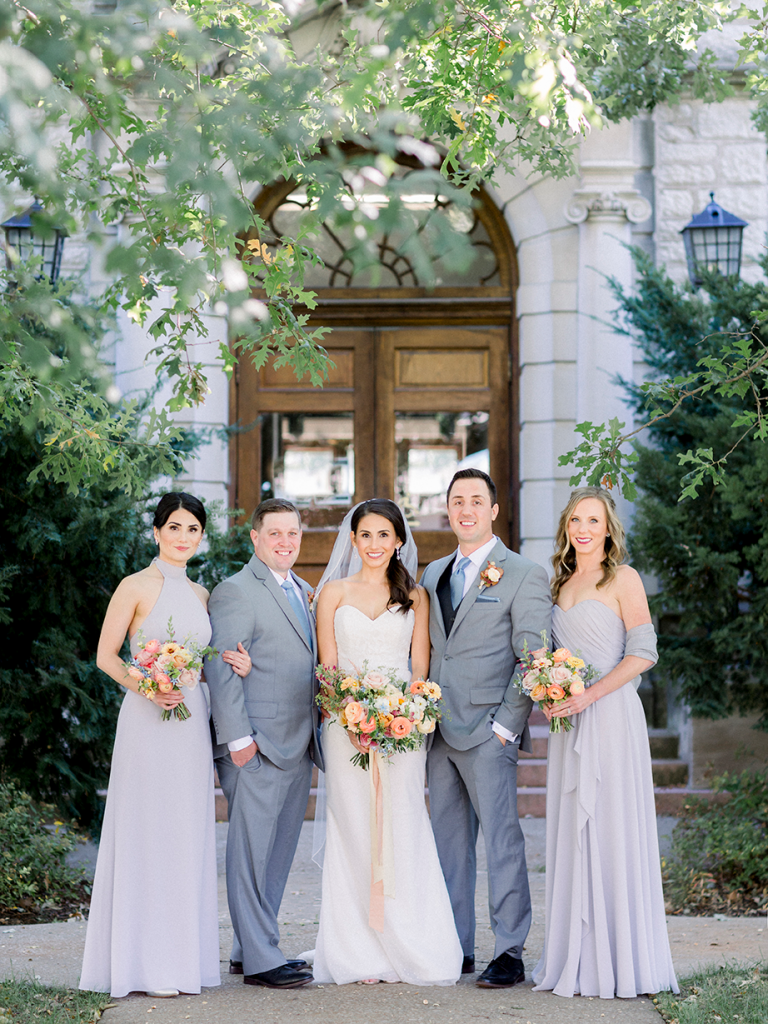 Like many couples, Misha Holte and Ben Summerhays had to change their wedding plans due to the pandemic. Originally, they had planned a destination wedding in Cabo St. Lucas in May of 2020, which was then pushed to September, but still in Cabo. By mid-July, they decided to simply hold a local small-scale wedding instead.

After scrambling to find a new venue and vendors — basically planning their big day in just 2.5 months — the couple finally wed on Oct. 4, 2020, at the Country Club of Missouri.

A friend of the couple, Gardell Powell, officiated. The wedding was small and intimate with a total of 30 guests (including the bride and groom).

The bride wore a “Bee Gown” from Blush by Hayley Paige. The floor-length, strapless, ivory lace sheath featured a sweetheart neckline and was embellished with subtle Swiss dots and a sparkle tulle underlay. She wore her hair in a classic sideswept, curled ponytail, with a Tony Federici “Avalon” Cascading Waltz veil. Teardrop earrings and matching bracelets accessorized her look, which she topped off with a light gray faux fur shawl from BHLDN, since her gown was initially selected for warmer weather.

Her bridal bouquet held an assortment of dahlias, zinnias, garden roses, ranunculus and foxglove. Many of the blooms were locally grown in mid-Missouri. 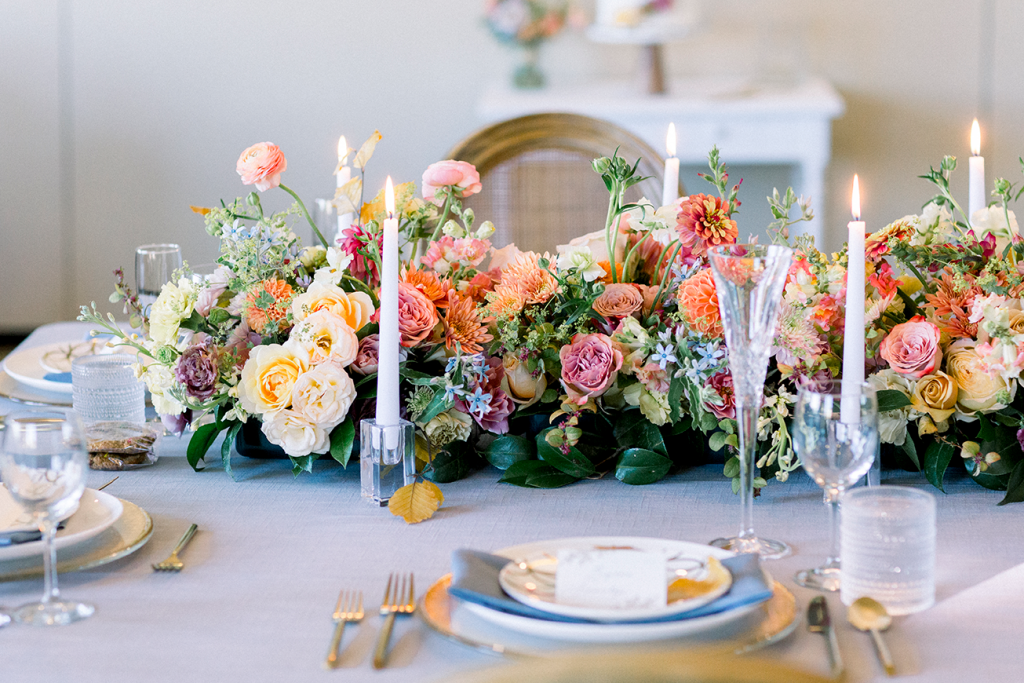 For her something old, Misha had a small dark pink brooch that she inherited from her grandmother, which she pinned to her bouquet.

The bridesmaids wore various styles of Amsale brand flat chiffon gowns in dove. They carried a smaller version of the bridal bouquet and both mothers wore brass floral cuffs made of similar blooms. 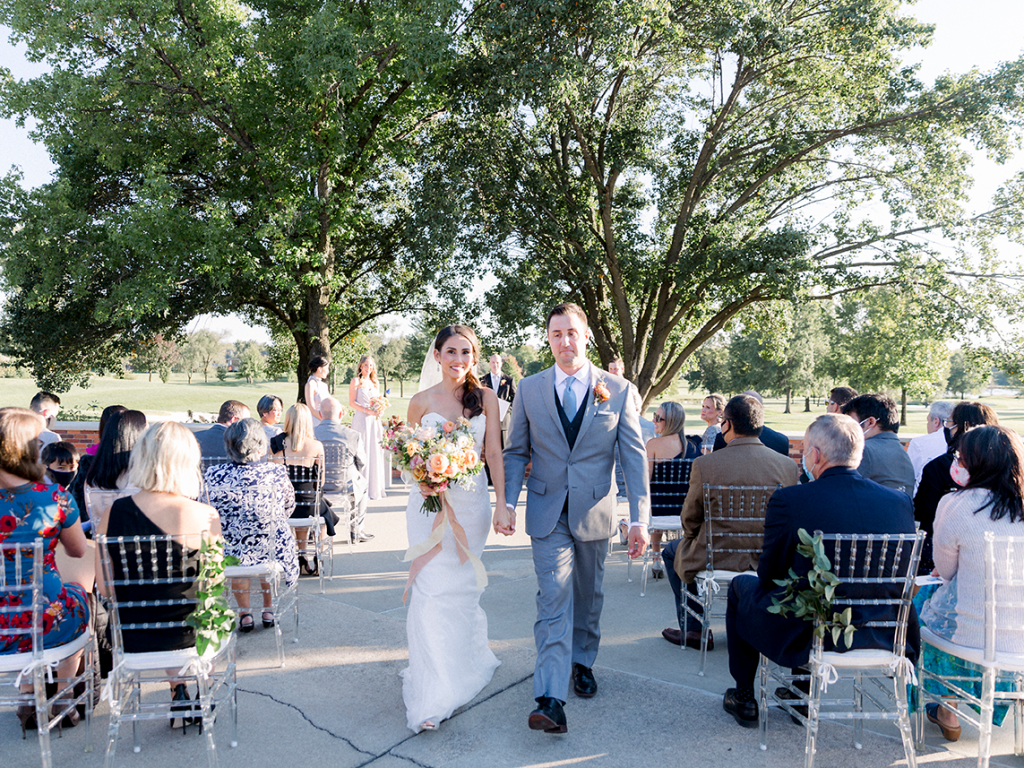 The groom wore a medium gray Jos. A. Bank suit. His boutonniere featured a selection of autumn inspired textural elements, a spray garden rose and a heuchera leaf. The groomsmen wore suits identical to the groom’s, as well as a boutonnière that was a smaller version of his.

Two large, loose floral arrangements flanked each side of the romantic ceremony space. Light gray terracotta urns held beautiful garden blooms including dahlias, garden roses, zinnias, delphinium and foxglove. The design was finished off with crabapple foliage and autumnal textural elements. A string trio played soft, classical music from their station off to the right. 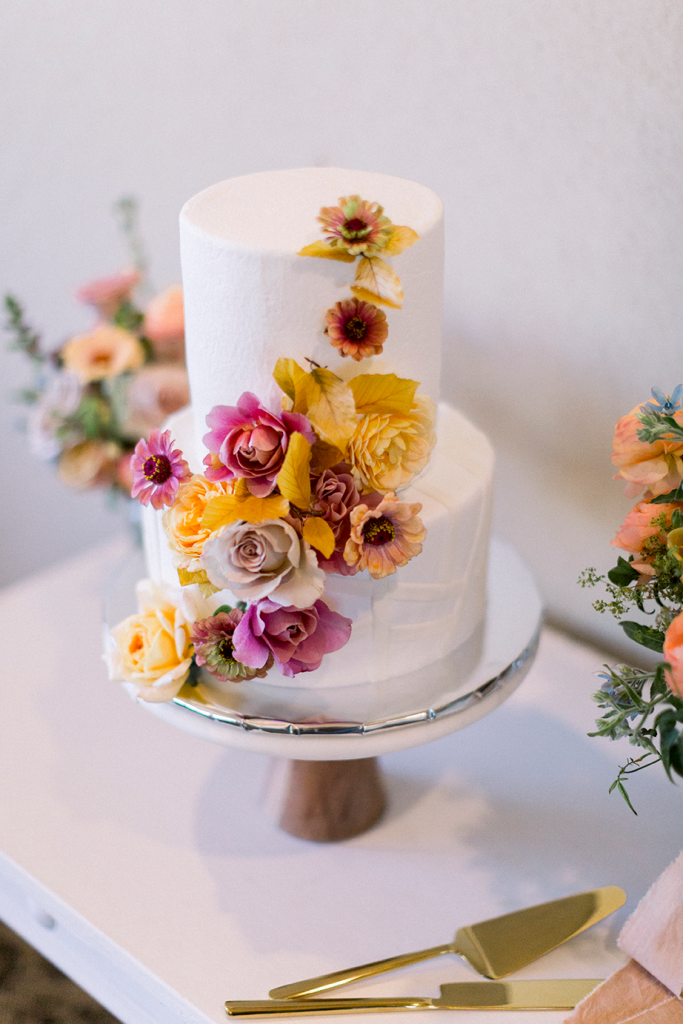 The traditional ceremony and vows included answers from questions that had been posed by the officiant to both Misha and Ben separately prior to the ceremony. Their answers lent a more personal, meaningful and special tone to the day.

The reception followed in a smaller, intimate space at the country club. The entryway included several personalized photos and signs. Once inside, guests were greeted by a glowing fireplace with a large, organic installation on and around the mantel. Additional large floral arrangements also adorned the space, as well as darker gray and velvet linens.

The couple incorporated fall inspired cocktails named after their three dogs   “Henry,” a classic Manhattan, “Jasper,” a pear-infused mule, and “Hazel,” a non-alcoholic punch. They also included a specialty cocktail named “The Lady,” after their dog who passed away suddenly a few years ago. The drink was a Mexican inspired after-dinner drink (called a Carajillo) that they had planned to feature at their Cabo wedding. 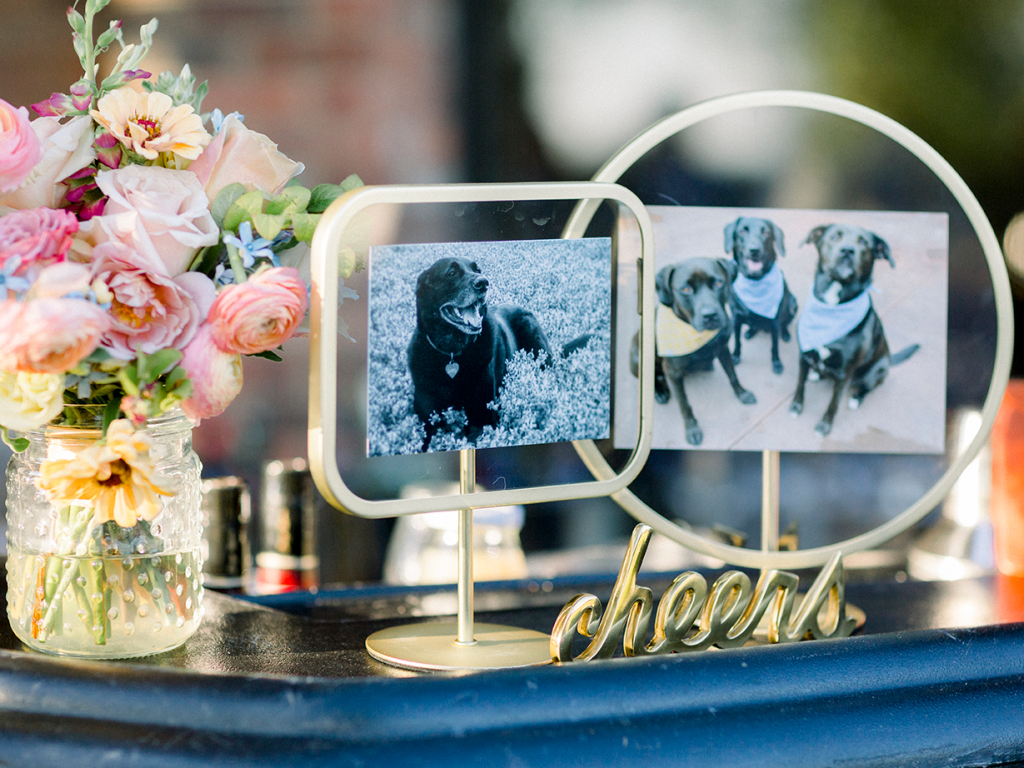 The cake was a two-tier French vanilla cake with vanilla buttercream frosting and fondant detail, with an off-set top tier and geometric patterned bottom tier.

The couple says there were many memorable moments that day, but “our first look was something very special to us knowing that after three attempts at wedding dates that year, we were finally getting married. There was so much joy, happiness, relief, and love in that very moment,” they say.

The bride’s parents are Thomas and Elnora Holte of Conway, Arkansas. The groom’s parents are Walter and Christine Summerhays of Gilbertville, Iowa.

Due to COVID, their honeymoon was postponed, but they hope to travel to Fiji in the near future. The new Mr. and Mrs. Summerhays live in Columbia where Misha is a dermatology physician assistant at Cayce Dermatology, and Ben is a foot and ankle surgical podiatrist at Missouri Orthopaedic Institute.