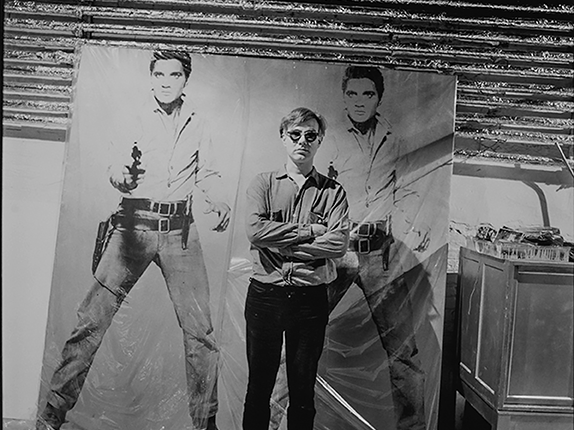 There is no question that history can sometimes be forgotten, but thanks to an anonymous gift to Columbia College, students and the community can now view timeless photos by world renowned photographer Bruce Davidson.

Davidson’s gifted collection to the college includes 365 photographs. It spans nearly five decades, beginning in the mid-1950s and extending until the early 2000s. The first exhibit can be viewed starting Aug. 30 in the Columbia College Sidney Larson and Greg Hardwick galleries.

Scott McMahon, associate professor of art and director of the Sidney Larson Gallery, says the selected photographs which will be displayed in the first exhibit are from three major thematic bodies of work between 1959 and 1970: East 100th St., Time of Change, and Brooklyn Gang. The Brooklyn Gang is a notable series in the Columbia College collection. Many of the photos feature American teenagers of the 1950s.

“Davidson had an emotional connection and bond with his subjects, this series is perhaps the only record of their existence and their history. In an interview about the Brooklyn Gang, Bruce Davidson says, ‘It reaches a universal idea and there’s something every teenager, every person can feel — a sense of isolation, a sense of depression, a sense of life itself.,” McMahon says.

It’s because of this bigger emotional appeal that the collection will not only interest the students of Columbia College, but mid-Missourians as a whole can feel the influence and historical significance of what makes them important. “Viewers may also find parallels in this work and other work in the collection to events and movements that are very present today,”

McMahon says. “I think this exhibit and the collection came at a time when we really need to look back at our history, but also look forward at the same time.”

All of the donated photos are signed by Davidson, and many were printed by him as well, making them vintage pieces. This is one of the largest collections Columbia College has received over the years, with an estimated worth of about $1.2 million.