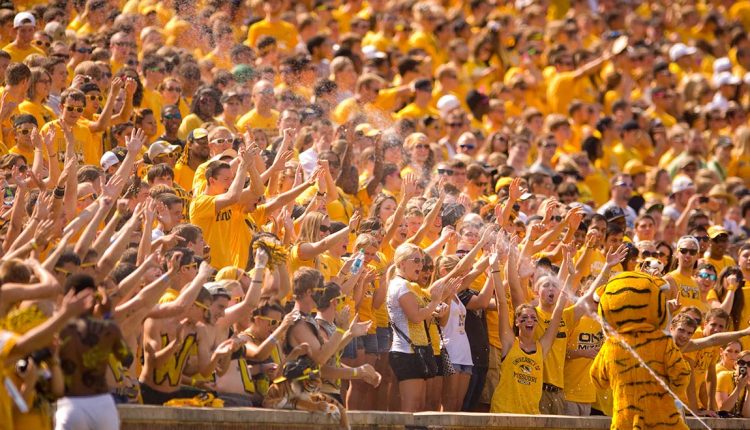 There are so many things that make Columbia a wonderful place to live and work — certainly more than 10, but if we listed out all the things you should do in Columbia, well, we would fill decades worth of magazines (see what we did there?).

Feel free to disagree with our list, but if you haven’t done one of the below things, just trust us and try it out. There is just something special about the energy at a University of Missouri football game and something awe-inspiring about the Big Tree. Better yet, when you do head to these local favorites, snap a pic and tag us. We can’t wait to see your experiences!

Since 1926, Faurot Field has hosted countless Mizzou football games — and even more fans. While there have been notable changes, such as the new South End Zone complex, since its debut, some things haven’t changed, one being the school’s spirit.

But, even if you didn’t attend Mizzou, if you’re in Columbia, you have to attend at least one football game and if you want to sweeten the experience, host or attend a tailgate beforehand. Visiting with friends and family is one of the biggest parts of the experience, after all! When attending a game, don’t forget that only clear bags and purses are allowed — you can find some really cute ones at local shops! — and no outside food or drinks are allowed, with the exception of a sealed water bottle.

And, don’t forget to wear your black and gold. M-I-Z!

Sure, the burgers at Booches make everyone’s must-eat lists, and the bowl of red is something unique only to this spot on Ninth Street. But, if you’ve only been for burgers and chips (no fries!), you’re missing out. Stay a little longer, grab a drink and hit the green (tables).

Booches is home to the only actual billiards table in town — billiards tables are a little over 9 feet while pool tables are closer to 7 feet, among other rule and ball differences. It also boasts eight pool tables and two snooker tables, which are over a century old. If you’ve never heard of snooker, it may at first glance look similar to pool, but the only notable similarity is the number of pockets in the table. Want to learn more? Take a cue from the University and try the Missouri Method and get your hands, uh, chalky? 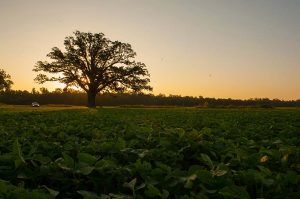 The Big Tree has been all over local news in the past year and a half, standing tall against graffiti, lightning strikes and fires. While this beautiful Bur Oak is not in the prime of its life, it is likely to still outlive most of us. Estimated between 300 and 400 years old, it’s the largest Bur Oak tree in the state and is located just outside city limits in McBaine.

There is room to pull over and park near the tree, but take care when walking as heavy foot traffic has compacted the dirt around its roots, which can negatively impact its longevity. We suggest taking sunset photos from a little further back anyway, to capture the majesty of this mighty force of nature.

4. Go to jazz night at Murry’s 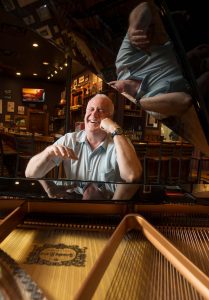 While Murry’s recently changed ownership hands from Bill Sheals and Gary Moore, who opened the restaurant in 1985 to long-time Murry’s manager Angie Sampson, former MFA Oil CEO Mark Fenner and Sarah and Jess Lark, many things will not change. And that’s the way Columbia restaurant-goers and jazz lovers alike want it to be. For more than 30 years, Murry’s has been dishing up delicious, no-frill favorites like Brock’s Pepper Rings and the surprisingly affordable steak sandwich, but one of the main reasons people visit Murry’s in the evenings is for the spot’s romantic-yet-eclectic atmosphere.

Since the ‘80s, jazz music has been an essential part of this Green Meadows joint, with solo piano performances Monday through Thursday from 7 to 10 p.m. with their “unofficial” house performer Tom Andes packing the house on Mondays and Wednesdays. Local favorite Leighton Rhoden performs Tuesday and Thursdays. But Saturday nights, Andes leads a jazz trio late into the night — and early morning — from 9 p.m. to 12 a.m.

Some things in Columbia will never change, and one is Murry’s long-standing motto: Keep it simple and make it good. 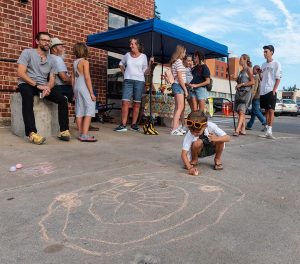 Like many of the activities in this list, First Fridays were temporarily paused due to COVID-19, but are back full-force, featuring local artists on the first Friday of each month. Hosted within several local galleries, shops and restaurants — and underneath them in the “catacombs” — this festival-esque event is the perfect combination of fun and funk.

The free event runs from 6 to 9 p.m. with a long list of participating businesses including Fretboard Coffee, Café Berlin, Artlandish Gallery, Orr Street Studios and the Sager Braudis Gallery. But instead of picking a few favorite places, or new spots to try, we recommend just showing up and strolling. Food and drinks are provided, but you may want to bring an extra large bag in case you end up purchasing some local art — trust us, navigating the catacombs with a handful of purchases isn’t as easy as it sounds.

6. Hear a performance at Pierpont 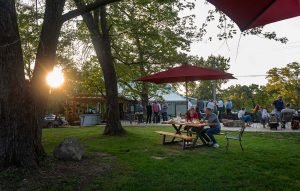 The Pierpont General Store’s pandemic patio project is a sound for sore ears. The café and bar, newly opened last fall, boasts a list of local live music performers, in addition to cocktails and eats, of course. While the café and bar was planned well before COVID, its debut during the pandemic attracted mid-Missourians who were looking for something to do outside of city limits.

Every week on Saturdays — and sometimes extra days, just check their Facebook page — performers such as the Norm Ruebling Band, Flood Brothers and Lacey Burrell perform outside. The venue’s outdoor fire pit enables use through the fall, so on chillier days just cozy up with a cocktail and coat and relish in the ability to enjoy live music once more.

7. Make a road trip to Rocheport 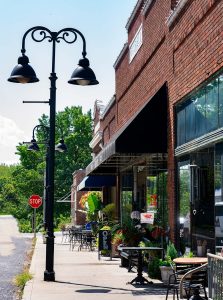 So you’ve made day trips to the St. Louis Zoo or the Kansas City Chiefs Stadium. What if we told you there is a destination much closer to Columbia that’s just oozing charm. Rocheport, just 14 miles outside of CoMo, boasts adorable attractions, cute cottages and delicious bites.

For dining, the Les Bourgeois Bistro, Meriwether Café and Bike Shop and Rocheport General Store all have superb options. Downtown Rocheport boasts shops such as Art Off The Trail, Stockton Mercantile and Bee’s Knees Boutique with a wide range of offerings from antiques to small gifts. For an overnight getaway, locally owned and operated inns, such as the Mount Nebo Inn, are perfect for a couple’s retreat or girls’ weekend. Speaking of girls’ weekend, you won’t want to miss the winery’s A Frame, located on the same property as the Bistro. It’s open through October and overlooks the scenic Missouri River.

8. Do some spelunking at Rock Bridge Memorial State Park

While cave tours at Devil’s Icebox are still closed to protect the bats, you can still do some cave exploring at Rock Bridge Memorial State Park. Just the descent into the entrance of the Devil’s Icebox is an adventure, with steep stairs and a rapid temperature drop. Be sure to bring proper footgear, a flashlight and jacket. If it’s a warmer fall day, the hike to the caves — both Connor’s and Devil’s Icebox — will make the cooler cave temperatures welcome. 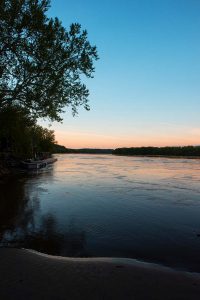 This stop is a three-in-one: Access the 240-mile Katy Trail (the MKT trail runs through Columbia for a total of 8.9 miles and meets with The Katy Trail at mile marker 169.9, near McBaine) at Cooper’s Landing. Whether you want to walk, jog or bike the Katy Trail, one thing’s for sure: there’s plenty of it! Cooper’s Landing, which is located at mile 163.5 of The Katy Trail, boasts a marina, campground, live music and food trucks. Both food trucks and performances vary each week and the schedules can be found on their website. Food trucks could include El Oso, Lilly’s Cantina, Gina’s Vegan A Go Go, Billy Hinson’s Old School BBQ and more, and local bands such as The Bel Airs and Flyover Country have performed in the past.

Not far from Cooper’s Landing lies Boathenge. Even if you’ve seen photos of this art display, it’s definitely worth seeing in person. According to the official website, the boats were placed in the late ‘90s and like Stonehenge are 13 feet tall, 6 feet wide and 3 feet deep. The diameter of the circle they form is also equivalent to that of Stonehenge. Of course, there are some notable differences that we suggest you discover yourself. 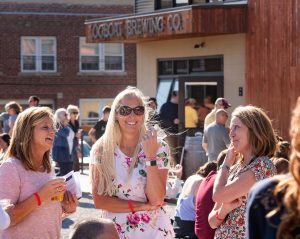 A staple of Columbia’s brewery scene since 2014, Logboat isn’t just for poolside sipping in the summer. In fact, their “park” is best enjoyed once the weather gets a little cooler. Bring lawn chairs or a blanket and spend time just sipping and shooting the breeze with friends and family.

Bonus: their space is pet friendly, so bring the pooches, too! Plus, Ozark Mountain Biscuit Co.’s new brick and mortar is just next door, so once you feel a bit peaked (or perhaps had one too many Shipheads) a southern-style biscuit sandwich is just waiting for you. Of course, the brewery hosts food trucks on certain dates, too.