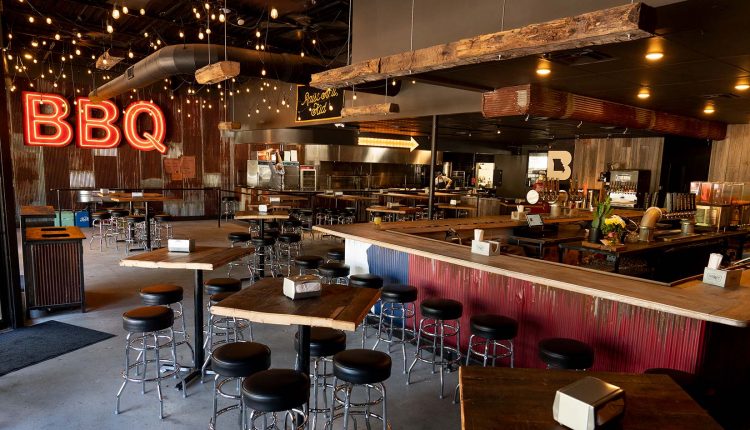 With roots in Texas and livestock, barbecue is in Jason Paetzold’s blood. After working in the food scene in Kansas City for over 10 years, Paetzold decided to plant Bud’s BBQ in the heart of Missouri this September. This craft BBQ joint takes classic American comfort foods and adds a modern, innovative twist. 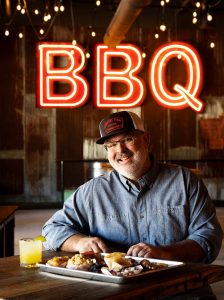 Born and raised in Hereford, Texas, Paetzold grew up in the beef capital of the world. His childhood centered around a cattle business run by his family, primarily his father and grandfather. Today, Paetzold sees himself as continuing that family legacy in a different light — one plate at a time.

“I grew up in a part of Texas where barbecue is such a huge part of our culture, it’s something that we shared as a family and with friends,” Paetzold says. “It was kind of part of who we were, in our DNA, and I wanted to share that in a really fun and lively atmosphere.”

Paetzold moved to Columbia just over one year ago, immediately falling in love with downtown and the location of 304 S. Ninth St. — formerly Pickleman’s and Ingredient. Channeling his past, Paetzold’s menu largely reflects traditional entrees and sides from community barbecues in his childhood hometown.

“The corn pudding, grits, macaroni and cheese and cold pasta salad — I’m taking those honest and true sides and elevating them with a few different changes but staying true to that warm, southern comfort,” Paetzold says.

Old-school barbecue and family fun aren’t the only inspirations for Bud’s BBQ. The growing influence of craft elements in food and beverage services struck a chord with Paetzold. A marriage between tradition and invention is the driving force behind Bud’s BBQ’s creative menu.

“What makes craft barbecue is the attention to detail that goes on behind the scenes,” Paetzold says. “It’s hand trimming your briskets, spending 12 to 14 hours trying to perfect it into something amazing. It’s the slow smoke on the barbacoa and the blend of spices.” 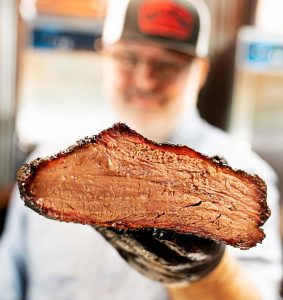 One of Paetzold’s favorite BBQ medleys is the fusion with Mexican cuisine. His menu features classic smoked meats served as tacos, tostadas, enchiladas and tamales, topped with salsas.

“The other part that makes where I was born and raised so unique is the amazing influence of Mexican flavors,” Paetzold explains. “The term that they refer to back where I’m from is ‘Mexicue,’ where there is that perfect marriage of Mexican flavors and craft with American barbecue.”

The intentionality in Bud’s BBQ doesn’t end with the meats. Paetzold wanted a carefully curated atmosphere and drink menu to match. With small batch craft cocktails on tap and wooden interiors made from a reclaimed 160-year-old oak barn, the inside of this barbecue joint embodies an industrial vibe with a rustic edge.

“All of the tables in the bar were built from this barn, and it really just puts a bow around this entire concept,” Paetzold says. “If you’re visiting and you walked in here, your first question would be, ‘How long has this place been around?’ It looks like this bar is 160 years old, and that’s timeless to me.”

Barred Owl Bartender Berek Warby helped Paetzold put together a drink menu that is up to par with the food. The signature craft cocktails use simple syrups smoked in the same style as the meats, giving them that barbecue classic flavor profile of char and wood. Created in small batches, they are kegged and tapped in order to ensure consistency in quality and meet demand during high volume hours.

“I like to say this place is equal parts B, B and Q — Bar, Brunch and ‘Cue,’” Paetzold says. “This is what makes my concept so completely different from your typical craft barbecue.” 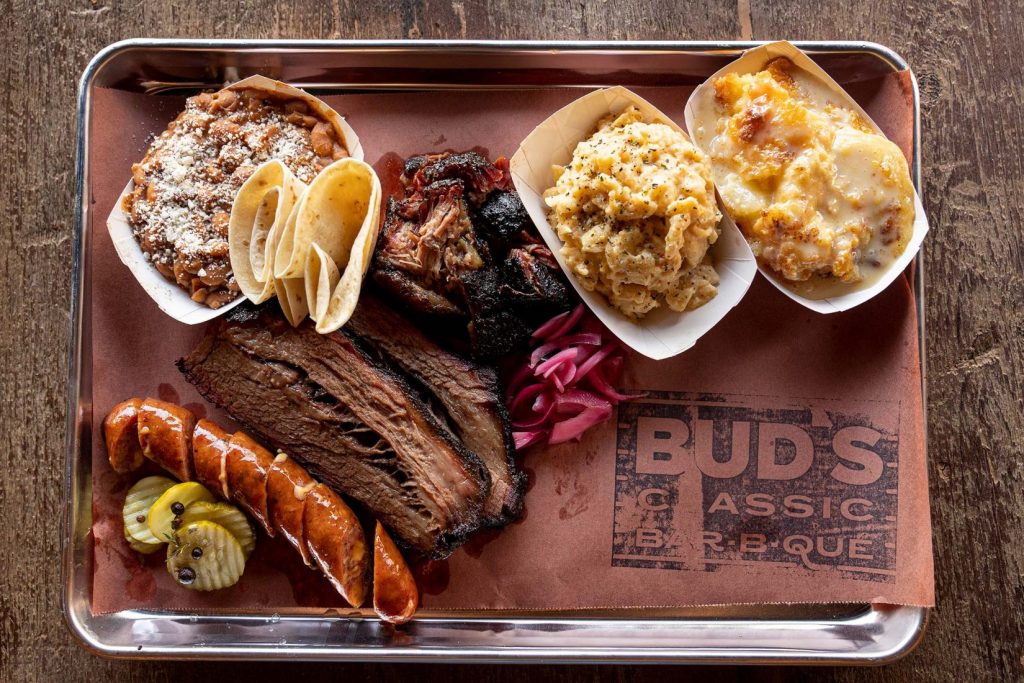