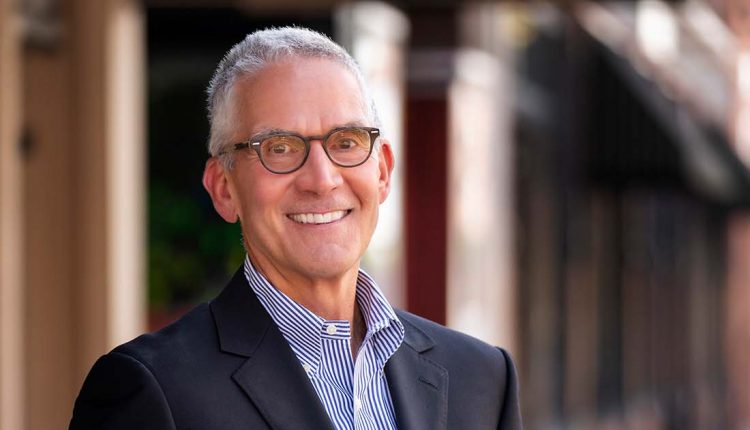 Mike and Rockie Alden Teach Others to Win

Former University of Missouri Athletic Director Mike Alden and Rockie, his wife, have moved on. Although Columbia remains their home and they still live within walking distance of the Mizzou Arena, they live their lives in a far larger arena. They’re the same approachable couple, unaffected by their years as university celebrities. Anchored to Columbia by their commitment to Mizzou and the community, they’ve increased their range of influence. The loud cheering of sports crowds has died down, replaced by the quiet voices of children and families in need — some living thousands of miles away in Southeast Asia.

It has been six years since Mike stepped out of his career at MU, leaving behind a 17-year legacy as one of the nation’s top college sports administrators. Throughout those years, his name and image were synonymous with MU sports. Known for his winning ways, his finesse for fundraising and a strong athletic program, there is far more to him than portrayed on the sports pages of newspapers. For Mike, it has never been all about winning. “With athletics when we’re winning, we’re filling stadiums — and that was awesome — but what we really felt great about was that there were so many more people talking about Columbia, the quality of our faculty and what a great school Mizzou is. Winning helped serve more important things than athletics,” he says.

Most of those “more important things” are at the top of his and Rockie’s to-do list, setting the agenda for what they see as a journey, not a retirement. Together, they are co-chairs of the Heart of Missouri United Way’s 2021 Campaign. For most couples, that commitment would be more than enough to focus on for the year. It means a full schedule of speaking engagements, media interviews, committee meetings and getting up-to-speed on the challenges facing the 29 different local agencies that receive funds from the United Way.

“Sometimes, to get the job done, Mike and Rockie have to divide and conquer,” David Holtgraewe says, the United Way’s campaign chair who has known the couple for about 20 years. Mike might be scheduled to make a presentation to a corporate group while Rockie is at the other end of town, doing a radio interview. But for someone who is used to working more than 80 hours a week, that schedule leaves plenty of time to focus on other projects, particularly the wide variety of programs stemming from the couple’s involvement with the people of Vietnam who face challenges that Americans seldom concern themselves with.

Neither Mike nor Rockie had thought much about Vietnam before Mike’s first visit to the country in 2009, on a Nike-sponsored tour with the athletic directors of three other colleges. The group was there to see for themselves how Nike shoes were manufactured. Mike was a bit anxious, having never been out of the U.S., except for some trips to Mexico. He was also worried that the Vietnam War would have left the people resentful and even hostile to visiting Americans. Despite not speaking the language, one morning Mike left the comfort and luxury of his hotel and ventured out by himself to explore the streets of Ho Chi Minh City. It turned out to be a transformative experience. He returned with a heartfelt appreciation of a vibrant people. “What captured me was that as an American growing up, we saw Vietnam through the lens of the media. I walked to an economically challenged part of the city and people were trying to assist me, making eye contact with me, helping me navigate and letting me know what and where I might eat. I was immersed in this universe I had never been involved with, and as I told Rockie, it was the loving spirit of the people and their welcoming attitude — especially to an American — that overwhelmed me,” he says.

After leaving the city, Mike and the other athletic directors were driven to the countryside for home visits with families participating in Nike’s microloan program. Through this program Nike provides funds to the Women’s Union of Cu Chi, which then makes loans of about $250 to women needing capital. “The women were very poor and were trying to start their own businesses, sewing piecework, making bamboo baskets or rice paper, even raising pigs,” Mike says.

Kit Morris, who served as Nike’s director of college sports marketing at the time, recalls that Mike was moved by the entrepreneurial spirit of the women and the way they worked so hard on behalf of their families. At the home of a woman doing piecework sewing, Mike asked through an interpreter what would be needed to expand her business. The woman’s answer: another sewing machine. Morris says that when Mike was back in the van with the other athletic administrators, “He told them, ‘OK — we’re going to do something about this. Everyone open up your wallets.’” The woman soon had the sewing machine she needed, and Mike soon realized that he could do more than help one family. Back in the U.S., he asked Nike for a list of all college athletic administrators who had ever toured Vietnam with them. He spearheaded an annual fundraising campaign that eventually generated $100,000, which is still loaned out then repaid through the Women’s Union of Cu Chi.

Mike’s 11 trips to Vietnam have not only changed the trajectory of his life, but have impacted the lives of several hundred MU students as well as Vietnamese social service organizations and the people they serve. In 2013, as he was planning his retirement, Mike was thinking of ways to go beyond the microloan program. He imagined an academic bridge from Columbia to Vietnam — connecting individuals, resources and educational possibilities for people from both cultures. By 2015, he was holding meetings with officials from the U.S. Embassy and Consulate in Vietnam, Nike representatives and MU administrators. The team he was putting together established relationships with an HIV orphanage in Vietnam and a center for blind and visually impaired children. “If you’re a kid with those types of afflictions in Vietnam, you’re ostracized or abandoned,” says Mike. “There’s a stigma in that culture that’s difficult to overcome.”

Starting as nothing more than a good intention, the program has grown in its scope and influence.

Before the pandemic hit, students from the MU schools of business, nursing, social work and medicine had crossed the bridge Mike had built and were helping Vietnamese children and families while learning about their lives and culture. A center for helping street kids soon was added to the program. One person who was profoundly affected by the program is Andrea Waner-Current, now Columbia Second Ward’s City Council member. While working on her graduate degree in the Truman School of Public Affairs, she spent two weeks in Vietnam with Mike, there as one of the faculty advisors on the trip. “It was my first time overseas,” says Waner-Current, “and I learned how different societies work. It confirmed for me that I wanted to work in human rights and public health issues related to women and families.”

As a leader, whether in sports administration or as a humanitarian, Mike is known for his ability to inspire others with his vision. Sang Kim, director of the Asian Affairs Center at Mizzou, has worked with Mike for about five years now, and is impressed by his impact on others. “His energy and his vision change everything when he gets involved with a project,” says Kim. “He can relate to people ranging from partners in Vietnam to students.”

Over the years, Rockie has not only supported Mike’s involvement with the Vietnamese, she’s also come to admire the Vietnamese philosophy of life. “They have no animosity for Americans. We’ve heard Vietnamese say more than once that in America, you tend to look back and take all your past with you. The past is heavy and weighs you down. They say, we look forward, we let go of whatever is behind us because it is a burden. It’s the lightness that teaches you,” she says.

Whether in Vietnam or traveling throughout the U.S., Mike considers Mizzou’s College of Education his academic home. He taught a few courses on leadership after retiring, but particularly enjoys guest lecturing. He’s also done consulting work with universities throughout the country, helping them build their athletic programs. Mike remains committed to the Vietnam project, considering himself as an unpaid coordinator, someone who makes things happen. “I love seeing Mike use his skills and gifts to do the things he loves,” Rockie says.

The couple agree that their Vietnamese experiences have made them more aware of the needs of others — something that supports their role as this year’s co-chairs of the United Way. “We always knew that Columbia was a place where people liked to help their neighbors, but I never realized how deep and diverse that help is — from refugees to the elderly to people with disabilities and people with equity challenges,” Rockie says.

There’s also a private side to the Aldens. When not in the company of others, they enjoy working on their “farm,” a 440-acre plot of land in Callaway County that has been in the family for more than 70 years. Mike’s stepmother lives there, and the couple also has a cabin they like to stay in nearby. Mornings are for leisurely drinking coffee on the porch together. When the dew dries a bit, Mike will most likely hop on one of his tractors and do some mowing, something that helps him relax and think.

He also enjoys taking long — and sometimes challenging — hikes. During his first year of retirement, he trekked along 330 miles of the Appalachian Trail. Since then he’s been on the John Muir Trail in Yosemite and the Colorado Trail. He’s looking forward to hiking the Grand Canyon this fall.

There’s no chance that Mike or Rockie will be walking away from their commitment to others. They consider their approach toward Mike’s retirement and the years ahead as a faith-based journey. “What I’ve taken away from our experiences is that we can all learn from one another, wherever we come from and whatever our income,” Mike says.