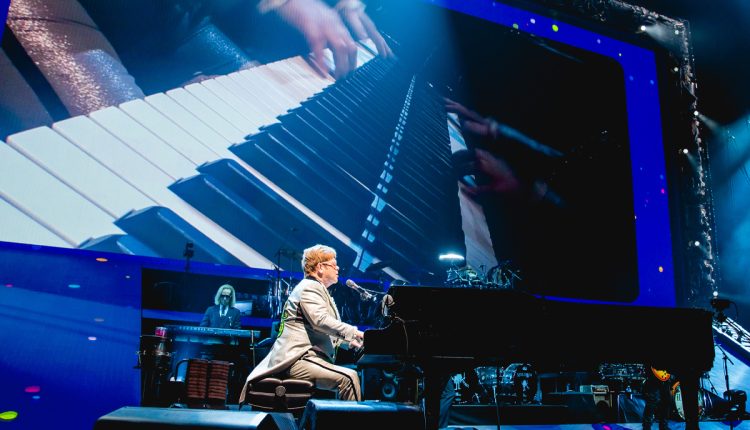 … experiencing an incredible tribute band at The Blue Note! Elton Dan and the Rocket Band is touring the nation channeling one of rock’s greatest, most colorful and prolific performers — the legendary Elton John.

Fun, flashy and theatrical, the group, formed in 2014, has played in 18 states to date as well as in China.

Elton Dan’s rapport and stage presence is amazing and his piano playing prowess will engage you in the full Elton experience. You’ll be impressed by his talented band and thrilled with the over-the-top costumes and high energy performances. You’ll do the “Crocodile Rock” well into the night.