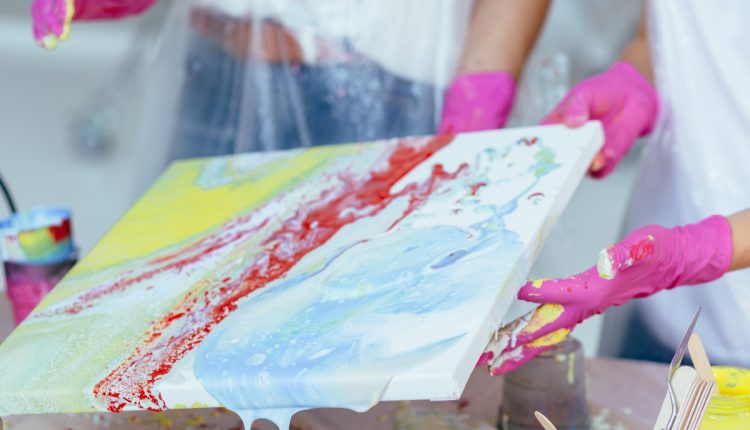 You Couldn’t Axe For More Fun!

... art and axes combine at this event

The evening will let you alternate between painting and throwing sharp objects … fun for everyone! You can bring your own snacks, just no outside beverages allowed. Como Axe Attack offers a large assortment of drinks (adult bevvies as well) you can purchase. Reserve your seats here.

The sport of ax throwing is a little like throwing darts — only on steroids! Sure, it’s a great way to relieve stress and release rage, but it’s also just plain fun, and there’s usually alcohol involved. You hurl a hatchet at a target on the wall, earning points depending on where it lands. Even though axe throwing is technically an old sport, its surge in popularity is recent. The National Axe Throwing Federation (NATF) was established in 2016 and now represents more than 6,000 league members in more than 75 cities and six countries. Some say these leagues are today’s version of the bowling leagues of yesteryear. They’re a social activity, as much as anything. Axe throwing is something you can do alone or in a group, and venues are popping up everywhere, especially in urban areas, where they’re often in former warehouses. If you think you can “handle” it, head to COMO Axe Attack and let the good times rip! Or pour. Or both.

It’s Time To Back Track

Winter Extravaganza to Chill Out the Student Center

Time to Take a Brain Break at Mizzou

Party as a Hollywood Celebrity at Shiloh Bar & Grill