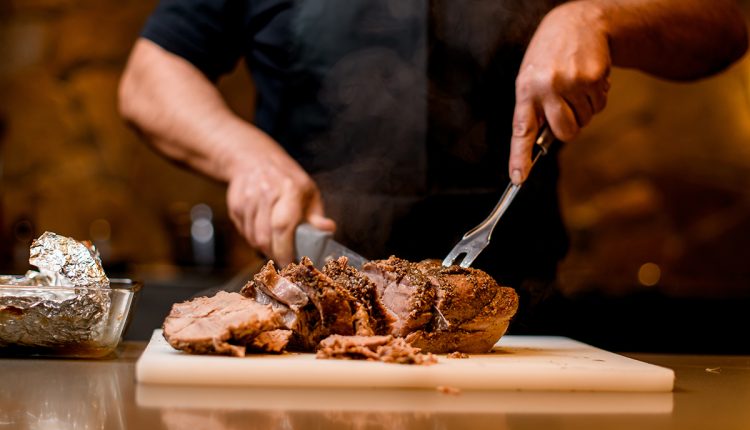 Irene’s BBQ to Open This Fall

A popular pop-up is planning a move to its own brick-and-mortar location this fall.

The barbecue pop-up began in late 2019, allowing Tim Eisenhauer to continue his wood-fired cooking, which harkens back to his past in wood-fired pizza, he says. The Mexican-inspired barbecue fare put out by Eisenhauer and Josh Smith quickly became popular, with events selling out within hours of posting on Instagram. Eisenhauer says their most recent event sold out in 45 minutes.

A few weeks ago, the group announced the change from Barbacoas del Notre to Irene’s BBQ with a coyote logo. Eisenhauer says the new name and logo allow the group to experiment with different barbecue styles, keeping them from being pigeon-holed into the Mexican style forever. The coyote itself, he notes, is often a shapeshifter in different mythologies.

For now, Eisenhauer says they will continue working at Barred Owl, but eventually he will step away completely to focus on Irene’s BBQ. But even then, it will be with the full support and continued involvement of Barred Owl co-owners Ben Parks and Brandy Hughes.

Fans of the previous pop-ups can look forward to a wider variety of options and a complete bar selection when Irene’s BBQ opens in the fall, pending construction schedules. Eisenhauer notes that they plan to have the largest collection of tequila and mezcal in mid-Missouri, if not the state as a whole.