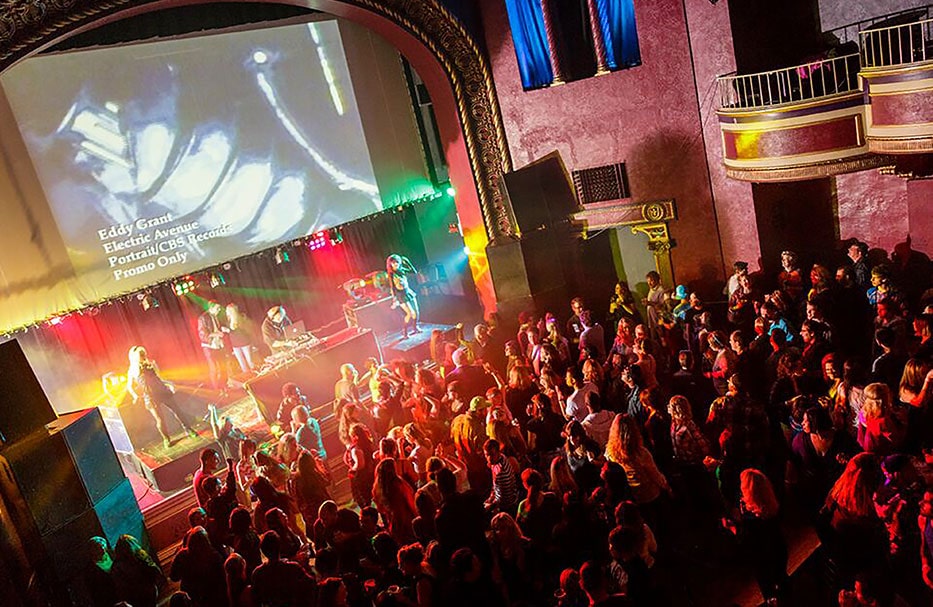 From seeing big names in large venues to listening to local bands on the lawns of smaller locales, music takes center stage in many Columbia memories.

The Blue Note
The theater turned music and event venue has been one of Columbia’s favorite spots to listen to live music for over 30 years. Its new owners, Matt Gerding and Scott Leslie, have made it their mission to continue on the legacy of former owner Richard King.

“More than anything we’ve tried to carry on his vision and add to it, and I think in the past two years things have definitely taken a turn for the better. The Blue Note is one of the top 100 ticket-selling clubs in the world, which is pretty awesome for a city the size of Columbia,” says Gerding. “I think that’s a testament to the community and the people who support live music. I think that it’s just a really unique building; there are several old theaters across the country that have been turned into live music spaces, but The Blue Note is definitely special in that it’s just in great shape and it’s got a lot of history.”

Rose Music Hall
(formerly Mojos)
When The Blue Note changed hands, so did Mojos. It changed names, too, to become Rose Music Hall. The name honors a local writer, musician and namesake of the adjoining park, Forrest Rose. After a recent remodel to add a stage in Rose Park, the venue hosts regular concerts as well as outdoor movies and other events.

Mizzou Arena
Mizzou Arena has been host to some of the biggest names in music, including The Eagles, Elton John, Chris Stapleton and more. With enough room to seat upward of 15,000 people, it’s large enough to bring these big names here, but small enough that you don’t have to watch the big screen to actually see the performer.