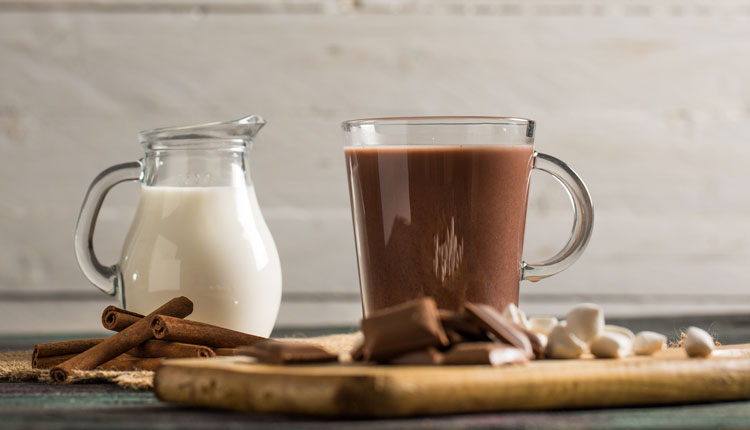 The delight and decadence of hot chocolate

There’s nothing like a nice piping-hot mug of hot chocolate to chase the chills, but the modern version of sweetness had a more bitter beginning. This welcome winter warmer dates to about 500 BC, when the Mayans first drank a concoction of ground-up cocoa seeds mixed with water and other ingredients, including chili peppers. Originally, the beverage was served cold and was fairly spicy.

Then, in the early 1500s, Cortez brought cocoa beans to Europe, where the drink was widely embraced. The Spanish began to serve it hot, sweetened and without the chili peppers.

Hot chocolate really took off in the 1700s in London, where chocolate houses — a forerunner of today’s coffee shops — soon sprang up. In the late 1700s, the president of London’s Royal College of Physicians returned from a trip to Jamaica with a recipe that called for adding milk, and that quickly became the norm.

Until the 19th century, hot chocolate was commonly used as a medicine to treat stomach and liver issues.
Today, the creamy cocoa confection is served throughout the world.

Alan “Patric” McClure, founder and head chocolate maker at local craft chocolate company Patric Chocolate, spent a year in France in his mid-20s. He says he enjoyed the best hot chocolate he’s ever had while he lived there.

Although French people of all ages love “chocolate chaude,” as it’s called, it’s widely drunk by French children in the morning. It’s made with semisweet, chopped chocolate, hot water, milk and sugar to taste and often served with additional sugar on the side, like coffee.

Here in the U.S., hot chocolate is traditionally thinner than in many other countries, such as France, Italy and Mexico, where finely ground corn flour (masa) is used as a thickener. Cornstarch can also be added. Here, hot chocolate is often made with a packaged mix and boiling water. But there are still purists who make it from scratch, with sugar, salt, cocoa powder and hot milk, or by melting real chocolate.

These add-ins give hot cocoa a kick!

Try one next time you grab a cup

Add a squirt of the proverbial pancake topper for a New England-style version of hot chocolate.

If you’re big on gingerbread, try this recipe: Add two cinnamon sticks, a small piece of fresh ginger and 10 cloves to your cup.

Add a scoop of creamy peanut butter to your cocoa. Stir it well until it melts.

Deepen the chocolatey goodness of your cup by grating/shaving a chocolate bar and stirring it into your hot chocolate. Or add a few chocolate chips.

For hot chocolate that’s jam-packed with sweetness, try stirring in a heaping spoonful of raspberry jam.

Put a tropical twist on your hot chocolate by adding a teaspoon of coconut oil to it. Or use half coconut milk instead of regular milk. Add whipped cream with shredded coconut to garnish.

Turn your hot chocolate into a cherry cordial! Add two or three teaspoons of the juice from a jar of maraschino cherries. Drop a cherry in, too, while you’re at it.

Have caramel sauce in the kitchen cabinet? Try stirring a couple of spoons into your mug for a cara-melty treat.

Enjoy hot chocolate the way they do in Mexico — with cinnamon and a pinch of chili powder for a little kick.

If you love hazelnut flavor, stir in some Nutella until well mixed and melted.

Mint and chocolate pair perfectly. Try adding three drops of peppermint oil and a dash of salt, or drop in a piece of peppermint candy or a candy cane.