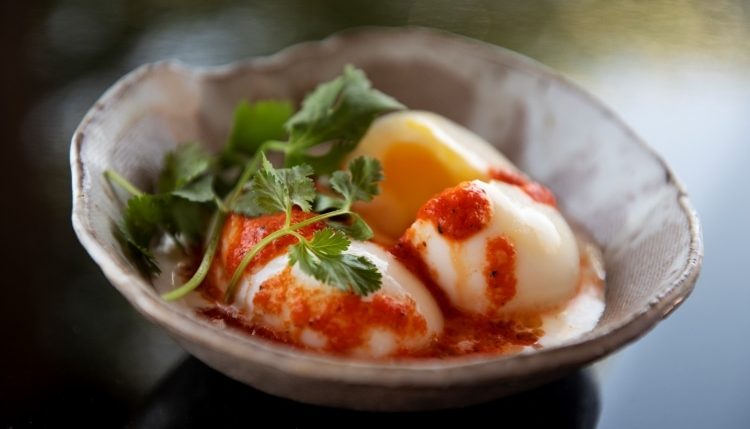 When you go out to a restaurant, there’s an assortment of delicious dishes to try. But what do the chefs consider their personal favorite creations? Chefs Mark Sulltrop with 44 Stone and 44 Canteen and Amanda Elliott with Beet Box share their beloved dishes and the secrets to the success of the dish.

Chef/Owner of 44 Stone and 44 Canteen

The first dish Mark Sulltrop created at his restaurant, 44 Stone, is also his favorite. The 44 Stone Burger is a mainstay on the menu at the restaurant, which is an 8-ounce Black Angus beef patty, toasted pretzel bun, Irish Whiskey steak sauce, mayonnaise, sharp cheddar cheese and roasted cremini mushrooms and a sprig of baby arugula.

The burger was created by Sulltrop and his former business partner, Dave Faron. It’s an evolution of a burger he created as a chef in a former restaurant, but Sulltrop added American and UK gastropub influences, making it no ordinary burger.

The secret to the dish? According to Sulltrop, “It’s the combination of flavors from the seasoned Angus beef and the roasted mushrooms, the sweetness of the house-made Irish Whiskey sauce, the bitterness from the baby arugula and the creaminess of the mayonnaise.”

The secret to Mark Sulltrop’s success at both restaurants might have something to do with the years he put into his trade. He was born and raised in mid-Missouri and had worked at several restaurants before opening 44 Stone Public House eight years ago. He opened 44 Canteen, located downtown on Ninth Street, four years ago. He started his career making pizzas before climbing his way to executive chef at restaurants such as Les Bourgeois Vineyards, Bleu and the Tiger Hotel and Guy Food Services. 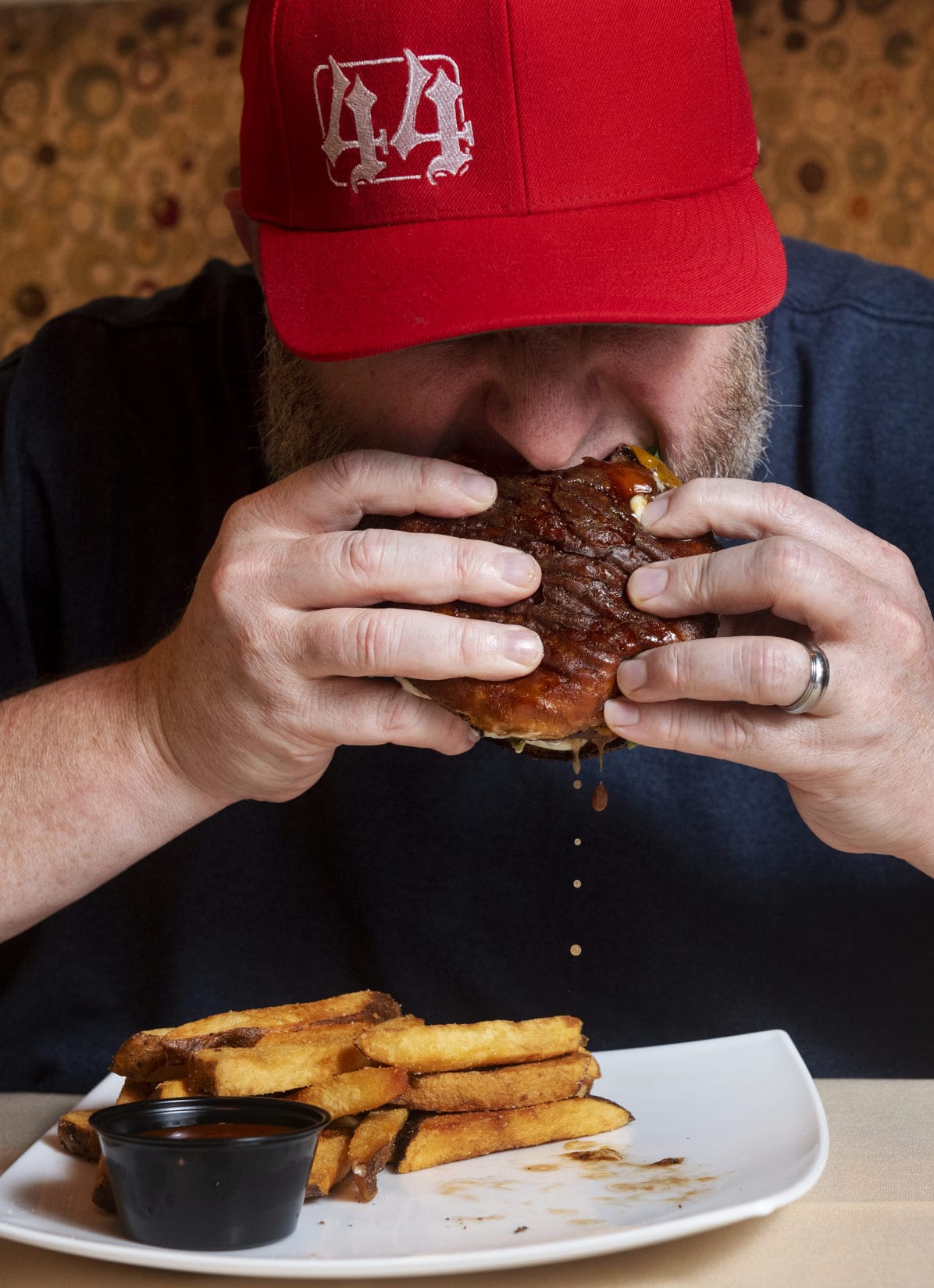 Now an owner of 44 Stone and 44 Canteen, Sulltrop’s enthusiasm for his first menu creation is contagious. Others agree. “Few things can beat a 44 Stone burger for lunch topped with a refreshing pint,” one guest wrote.

Chef/Co-Owner of Beet Box
For Amanda Elliott, co-owner of Beet Box, her favorite dish is constantly evolving. That might be because her restaurant’s menu is consistently changing to reflect what’s in season. 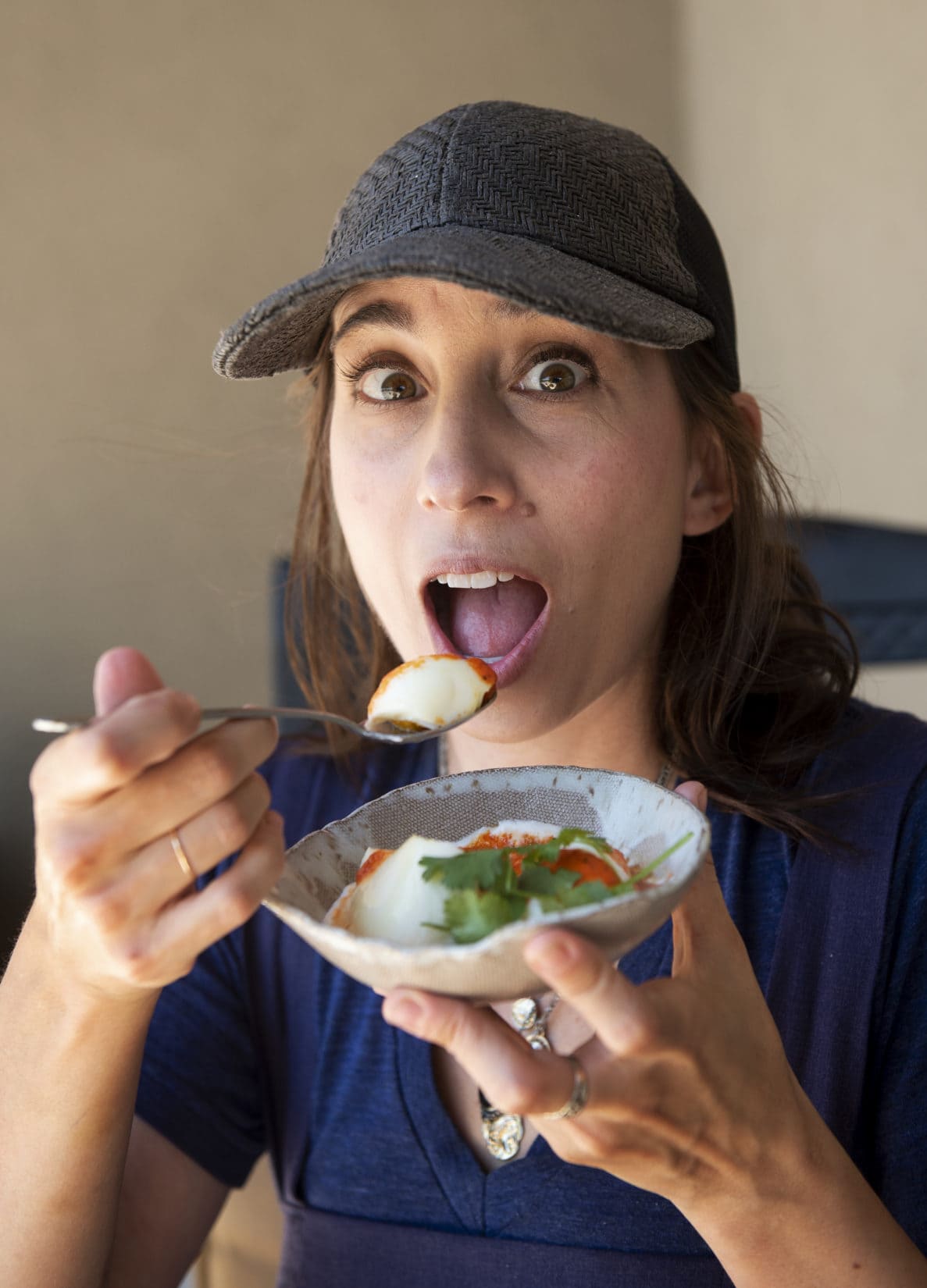 Elliott and co-owner and chef Benjamin Hamrah have been working on their new restaurant, Beet Box, as a locally sourced lunch eatery for the past 18 months. Now they are putting down roots with a brick-and-mortar location by Logboat Brewing Co. The Beet Box menu features four to five staple items that change with the seasons. It sources its high-quality ingredients from an hour away to keep dollars in the community and provide fresh seasonal food.

“Right now,” Elliott says, “my favorite thing is poached eggs in yogurt sauce.” The item is a variation of a traditional Turkish dish. Both Elliott and Hamrah have an affinity for authentic Middle Eastern food.

The secret to Elliott’s favorite dish and many of her menu items is simple, natural and flavorful. “For me, the secret to making the dish special is getting the jammy yolk to the perfect consistency to meld with the warm yogurt. I also love how simple it is,” she says.

It’s easy to see how Elliott’s business – and favorite dish – are constantly evolving. Focusing on what’s fresh in the garden right now drives what’s on the menu tomorrow. Who knows? Poached eggs might just be on the menu on your next visit to Beet Box.

Step Into Style and Back In Time