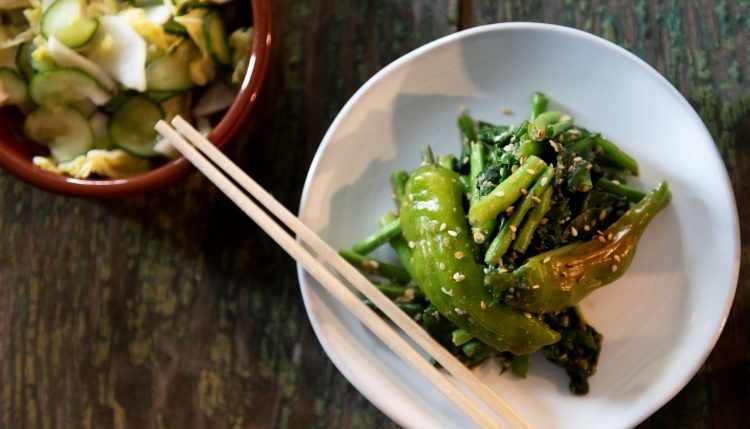 Columbia’s restaurant scene is expanding — not with brick-and-mortar places, necessarily, but with pop-up events. Frances Harvey, co-owner of the pop-up Fujiko Izakaya, says her menu inspiration comes from her childhood. Her mother often made traditional Japanese meals for Harvey, including marinated eggs for tamago and fried pork cutlets for tonkatsu.

“A lot of my favorite things that I ate as a kid make appearances on our menus,” Harvey says. “[My mother] doesn’t live as close as I’d like her to. So it’s an excuse for me to make those foods and have those flavors again from my childhood.”

Today, Harvey takes inspiration from those traditional dishes by creating a unique menu for each Fujiko Izakaya pop-up event. Most recently, Harvey and her business partners, Tim Eisenhauer and Joshua Smith, held a pop-up dinner on Sept. 16 at the Barred Owl Butcher & Table.

Tickets for the dinner — about 120 — sold out four hours after they went on sale, with an additional 20 or 30 people on the waitlist. This was the first time a Fujiko Izakaya event sold out in such a short period.

“It’s encouraging to see that people are really into it,” Harvey says. “I think it really just shows that our community is really open to new things coming into our town.”

Harvey created the pop-up to showcase traditional Japanese dishes, which she says receive little exposure in Columbia’s sushi-focused collection of Japanese restaurants. She notes that many assume rolls make up all of Japanese cuisine. Harvey also wants to counter the common conception of ramen as a dish that comes in little plastic packets. When Le Bao opened in May 2018, Columbians were treated to a more traditional take on ramen, and Harvey offers her own riffs on the dish with Fujiko Izakaya. 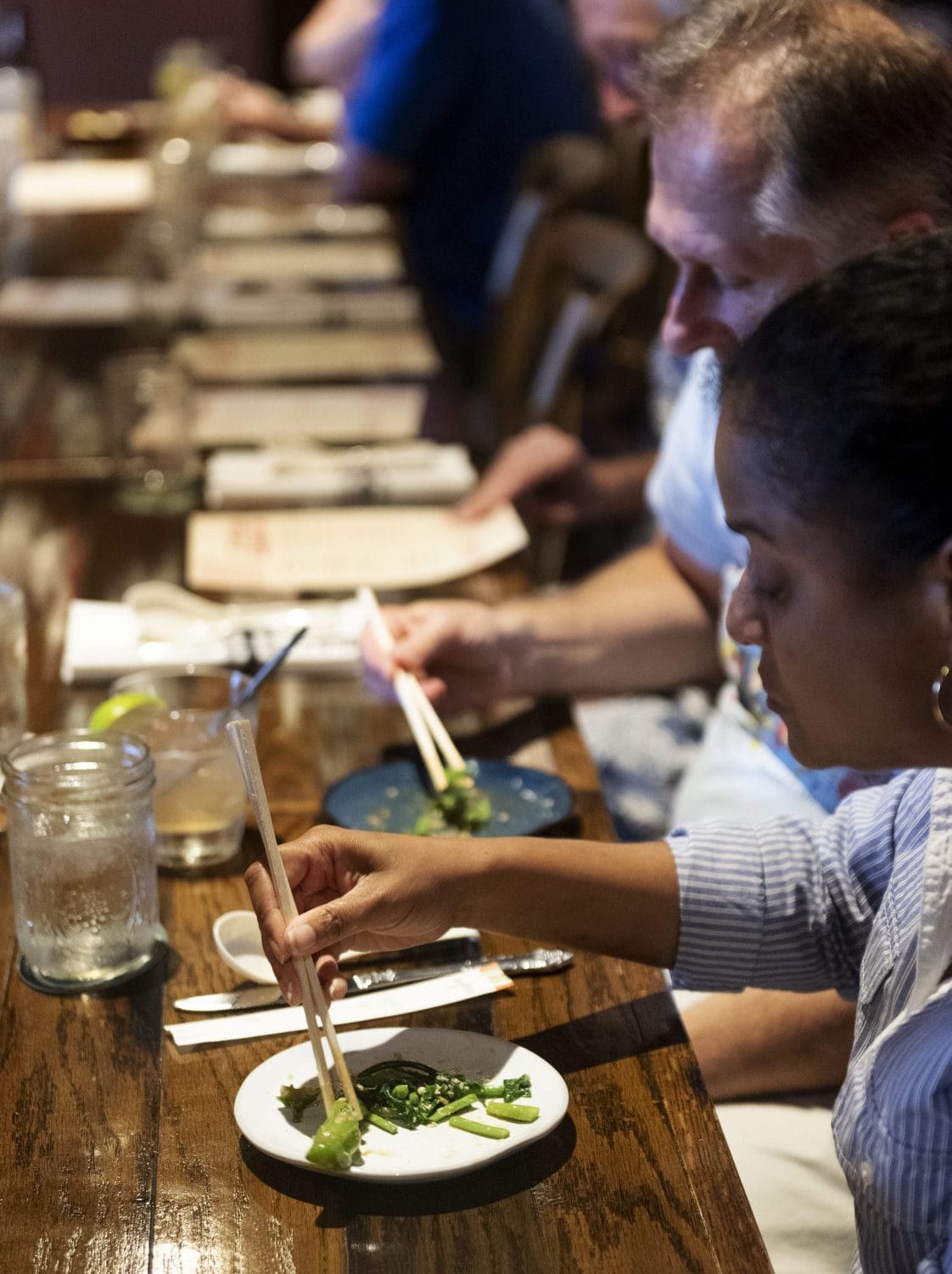 “I really wanted to bring ramen to this town,” she says. “It’s my favorite food to eat. Lots of people, when they think of ramen, they think of that package you boil for a couple of minutes and just eat with that crappy powder. I wanted to show that it’s a very nuanced dish as well.”

Fujiko Izakaya mimics tapas bars, in the sense that they both aim to pair small dishes with drinks, traditional for a Japanese Izakaya restaurant. The first part of the pop-up’s name derives from Harvey’s middle name, Fujiko. In the same way she plans out her food menu, Harvey meticulously chooses cocktails, beer and wine that would pair well with the cuisine being served — each drink must be as special as the food menu. 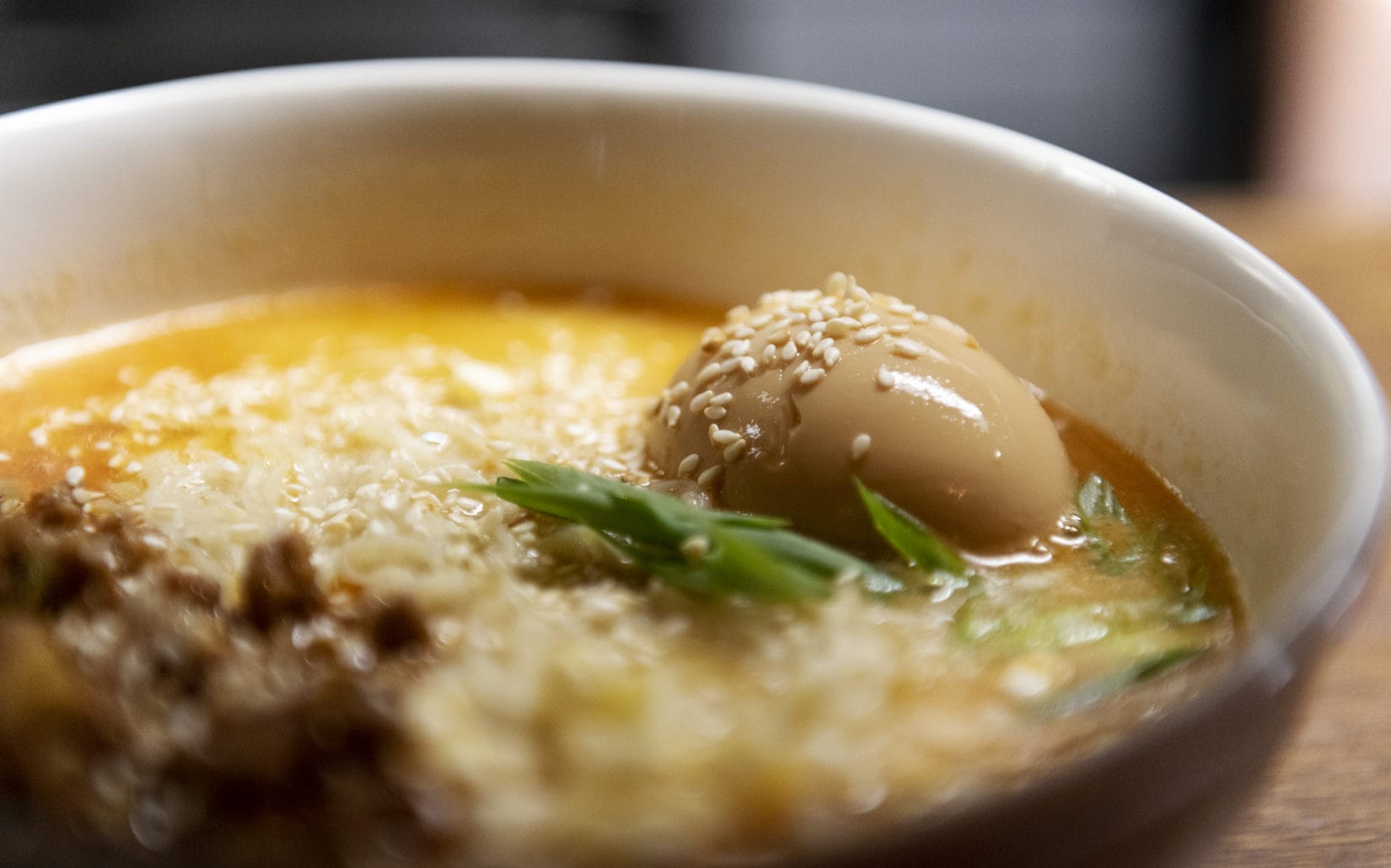 The atmosphere at pop-up events hosted by Harvey is intimate. At each pop-up, tables are pushed together, which creates a space in which strangers often sit elbow to elbow with each other. “The idea of having a place like Fujiko, where it’s so small, intimate, rarely happens,” Harvey says. “I think [it’s] great for our community just because it’s something different.”

Occasionally, Fujiko Izakaya’s menu is based around a theme, such as the summer pop-up event centered around Japanese festival foods or the whole chicken event, where different parts of the chicken were served throughout the night.

One standout from the Sept. 16 pop-up event was nasu dengaku, or a miso glazed eggplant dish. Eggplants are sliced in half and stuffed with a miso dengaku mix.

Many associate the vegetable with Italian cuisine through dishes such as eggplant parmesan; Harvey wanted to show how delicious the ingredient can be in Asian food.

“If you see eggplant on a menu at any Asian restaurant, it’s 100 percent going to be delicious,” she says. “I’m really excited to kind of show how Asian flavors just really pump up the flavor of eggplant.”

Fujiko Izakaya pop-ups typically occur once every three or four months, but Harvey says she is hoping to expand the experience to a monthly event.

“We all have our favorites,” Harvey says. “We all love Flat Branch, we all go to Booches, but it’s really encouraging to see that people in this town are willing to try something new and jump on something that is so special it only gets to happen one night every few months.” 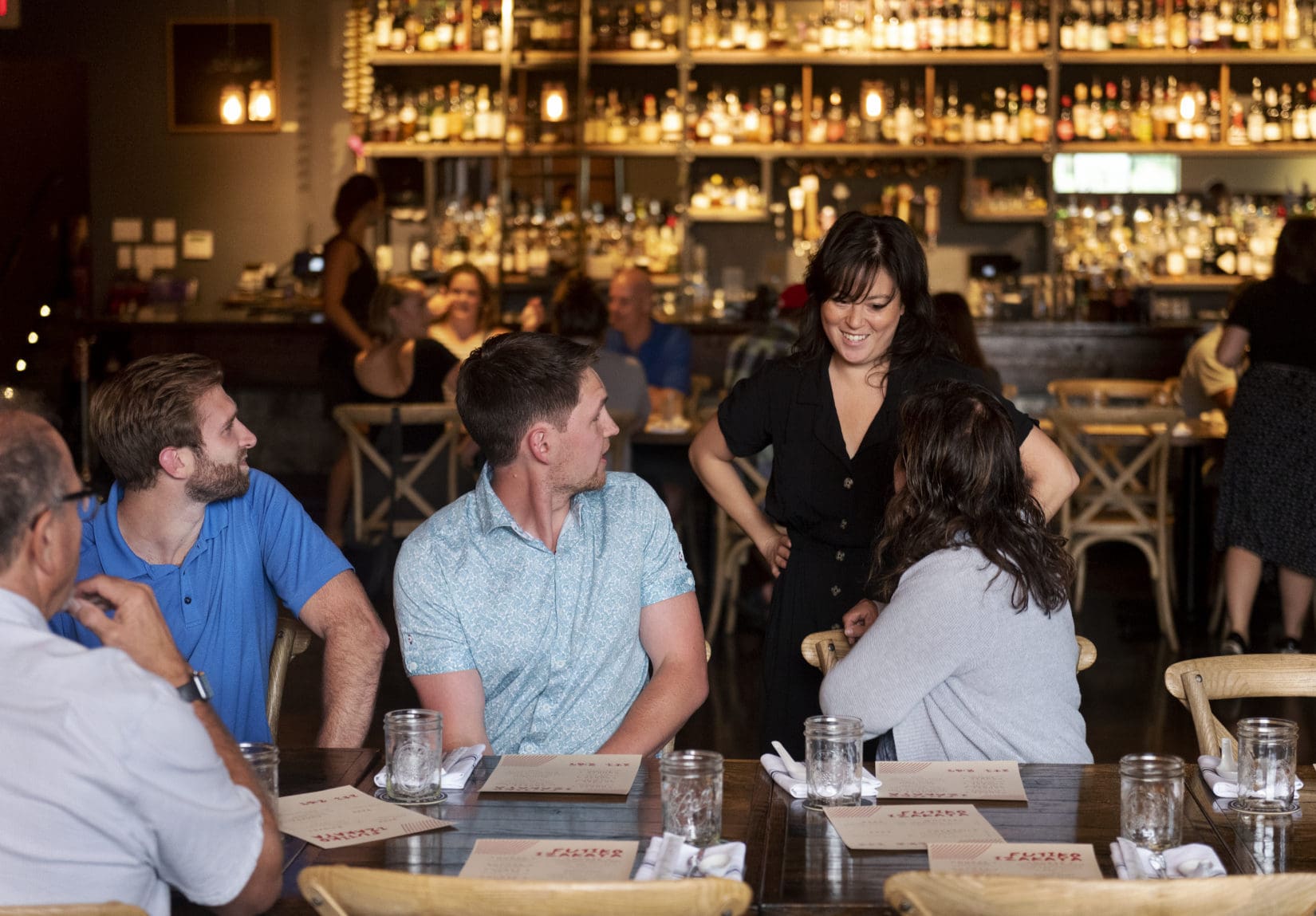 To Market, To Market

Rosé the Day Away