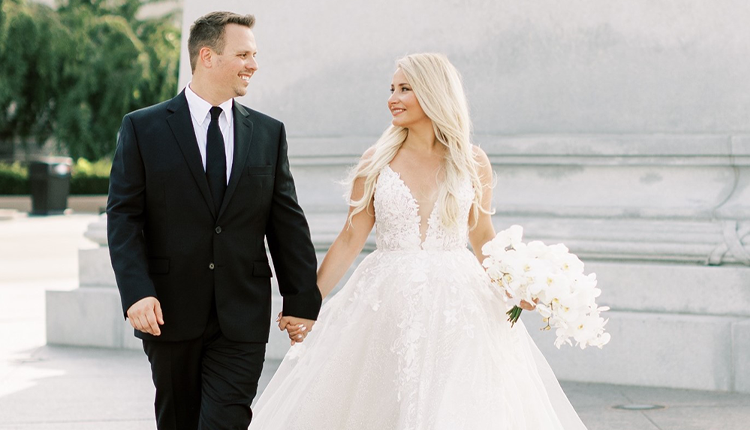 Meeting by chance leads to romance.

Mariola Klepadlo and Thaddeus Usovsky met by chance at a downtown parking garage July 31, 2017. They then decided to dine together and walked to Tellers. After a wonderful evening of conversation, they agreed to meet again the next morning for breakfast at Main Squeeze.

Fast forward to their one-year dating anniversary, where the couple retraced the steps of their first date. Then Thaddeus took Mariola to Stephens Lake Park where he got down on one knee and proposed. She said, “Yes!” and, fittingly, they went to Main Squeeze the next morning.

After planning a big wedding in St. Louis for July 10, 2020, with a reception in Columbia a day later, their grand plans were put in park by the pandemic. After several attempts to reschedule, the couple decided to hit the gas pedal and “I do” on their original date. Their reception was postponed to earlier this year.

The wedding was held at the Cathedral Basilica of St. Louis, known for one of the largest mosaic installations in the world. When Thaddeus first brought Mariola to the church, she was moved to tears. They knew this would be the place of their wedding.

The bride wore a Milla Nova Azalea gown imported from Europe. It featured an A-silhouette and long train, with a V-neck bodice and long gauzy lace sleeves. The ivory lace dress had an azalea and branch pattern on its nude-shade ball skirt. Mariola’s cathedral-style veil was handmade with the same lace and had 3-D flowers scattered across it. Her Freya shoes from Bella Belle Shoes had a delicate blue flower blossom embroidered on the illusion mesh. 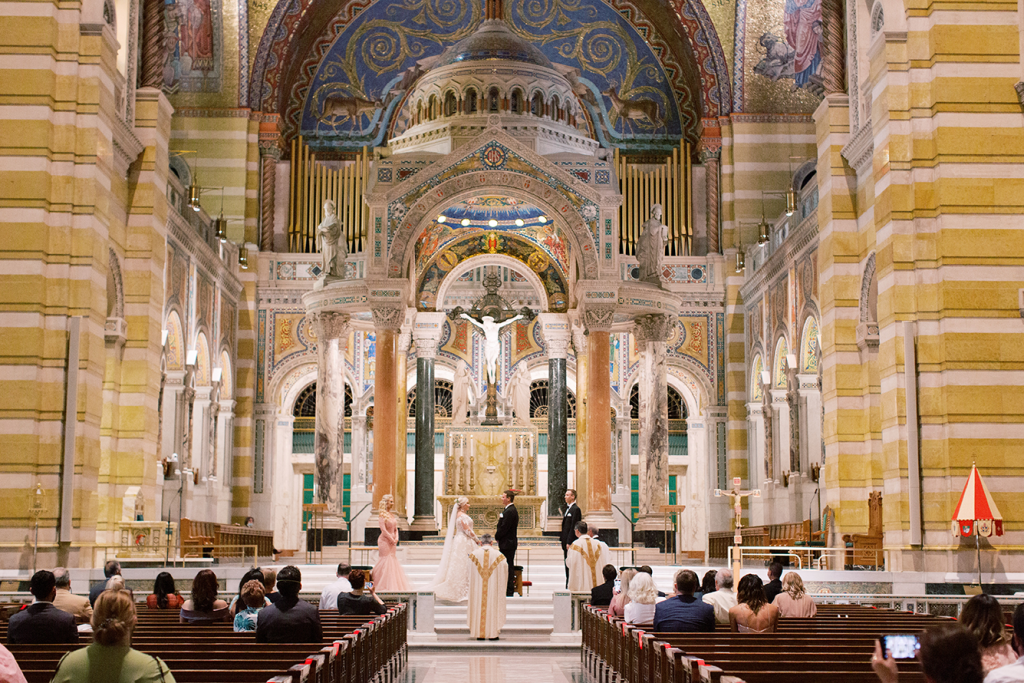 Mariola decorated her classic hair bun with real flowers, using some of the same ones from her bouquet. She accessorized with crystal drop earrings and her First Communion Saint Mary’s necklace.

Instead of traditional bridesmaids, Mariola’s sister-in-law, Megan, and mother-in-law, Marsha, were her “kind of” bridesmaids. Megan wore a pastel pink off-the-shoulder mermaid gown and carried a bouquet that closely mirrored the bride’s, while Marsha wore an elegant navy blue gown with a figure-skimming silhouette and a dramatic ruffle cascading over its single shoulder. Marsha also wore a silver band wrist corsage with ivory spray roses, brunia berries and springs of foliage.

Thaddeus wore a black tailored fit Calvin Klein tuxedo with a black bowtie. His boutonniere was made of a white panda anemone with gray brunia berries and eucalyptus.

He, too, did not have traditional groomsmen. His brother, Joshua, served as best man. Joshua, along with their father and the usher, wore matching Calvin Klein tuxedos with boutonnieres made of ivory spray roses, brunia berries and eucalyptus.

Due to its inherent splendor, the couple decided to leave the Basilica largely alone. A framed Papal Blessing on an easel greeted guests and was decorated with white orchids.

Mariola’s most memorable moment was when the massive 14-foot high, hand-carved oak doors opened, revealing the stunning interior of the cathedral. She said the world stopped at that moment while she was trying to spot Thaddeus at the end of the almost 300-foot-long aisle.

Two priests said the Catholic mass, one in English, the other in Polish, the bride’s native language. The ceremony itself was officiated by Thaddeus’s family friend, Fr. Thomas Saucier, a Dominican friar who for many years served at St. Thomas More Newman Center in Columbia. It was livestreamed for the bride’s family in Europe who couldn’t attend due to the COVID pandemic.

The couple exited to “Mendelson’s March,” along with the Basilica bells ringing loudly. Rather than following the ceremony with a reception, the couple opted to postpone that celebration until this year.
A few days after the wedding, the newlyweds traveled to Iowa to leave Mariola’s bouquet on the grave of Thaddeus’s beloved grandparents.

The new Mrs. Usovksy holds a doctorate degree and is a genetic research coordinator and laboratory manager at the University of Missouri. Thaddeus is a real estate agent at the Russell Boyt Real Estate Group. The newlyweds reside in Columbia with their Australian Shepherd puppy, “Nugget.” The couple is planning a honeymoon trip to Santorini Island in Greece in 2022. 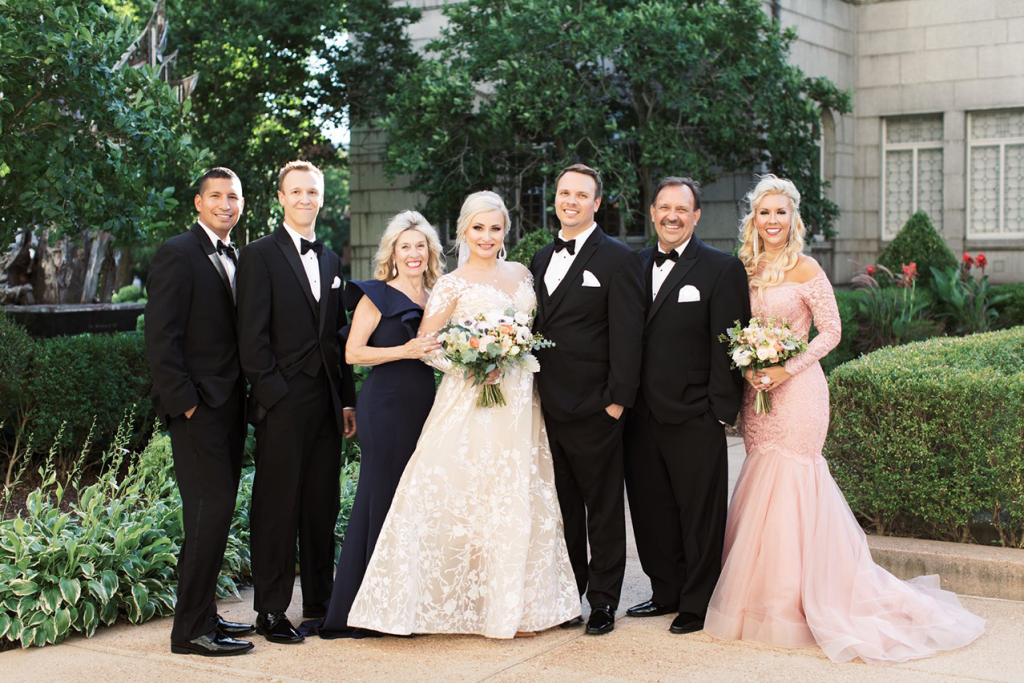 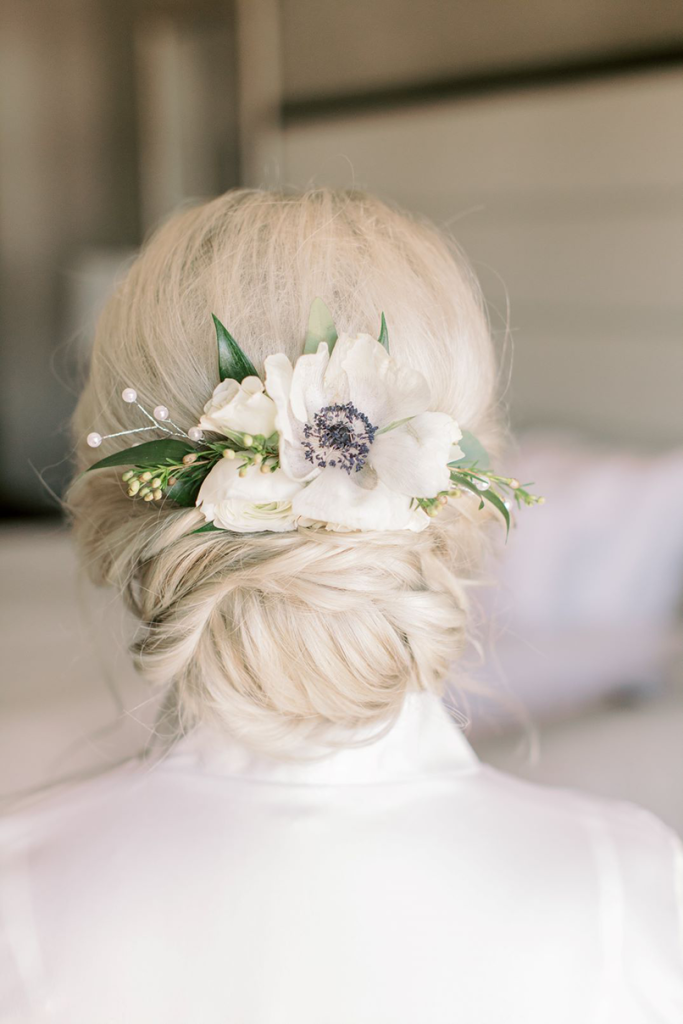 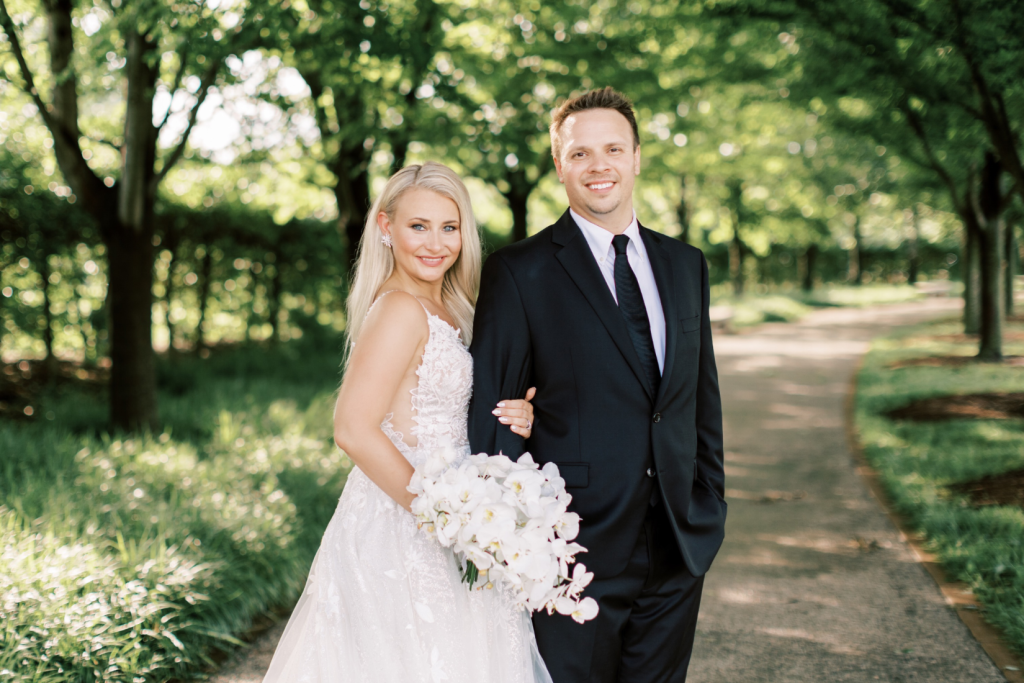