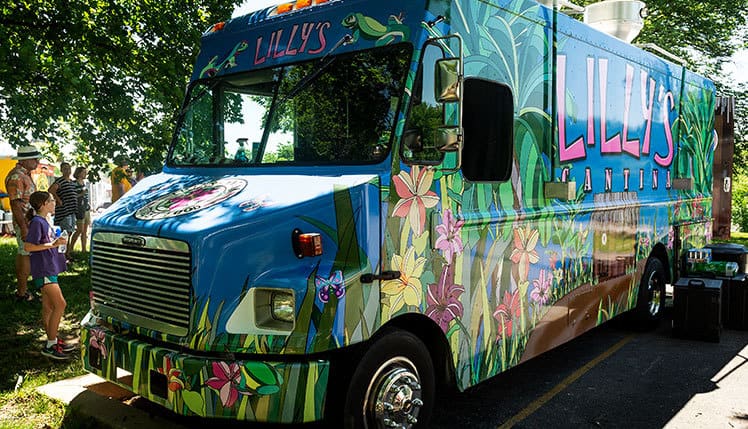 George Nickols, the owner of Lilly’s Cantina, started his food truck because of his love for culinary arts and serving people. He named it after his daughter Lilly, and has had the truck for four years now.

“The timing was right,” Nickols says.

The biggest challenge with owning a food truck is weather and unforeseen mechanical issues, he says, but the interaction with people is his favorite part.

“I love food and people, so it’s a perfect fit,” he says.

The menu inspiration came from heirloom recipe that have been handed down through several generations, from his travels abroad and from his study of street food. The Garbage Burrito is one-of-a-kind, Nickols says, and features 11 different ingredients.